Toby Young and the purification of public life

The squares and bores and censors are taking over politics. 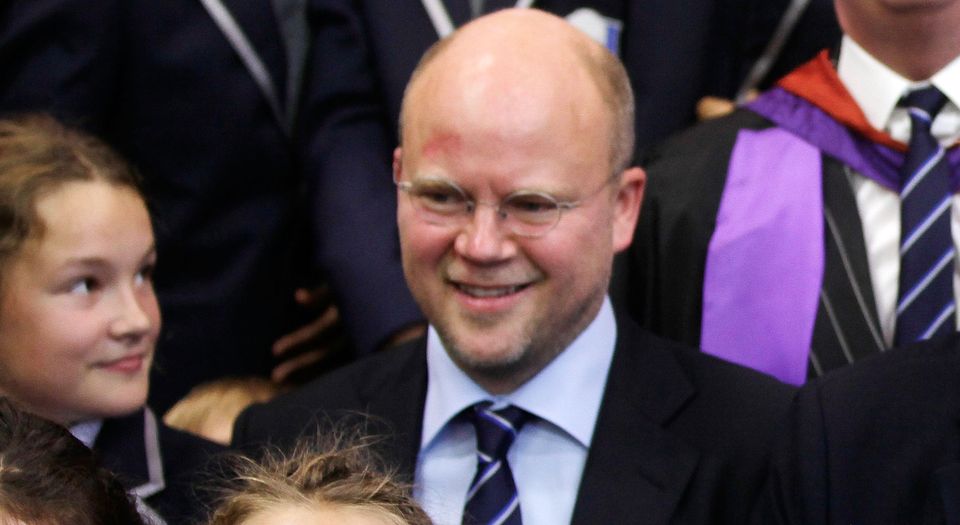 There is nothing about the hounding of Toby Young from the Office for Students that isn’t ugly. Nothing.

It has been shrill, with an army of offence-takers spending days, literally days, pumping out hyperbole-heavy, fact-lite condemnations of Young as wicked, fascistic, a eugenicist and basically Satan. It has been illiberal, amounting to agitating for the government to expel from its ranks a man who committed the crime of telling off-colour, offensive jokes. (Imagine spending the third anniversary of the massacre of the offensive cartoonists at Charlie Hebdo, 7 January, demanding the expulsion from public life of an offensive tweeter? Extraordinary.)

It has been riddled with hypocrisy: witness Labour MP Angela Rayner writing a McCarthy-like letter demanding the excision of Young from the OfS over his ‘historical comments’, just a few months after she defended Labour MP Jared O’Mara following the exposure of his historical comments about ‘sexy little slags’ and ‘fudge-packers’ and ‘poofters’. It seems that as far as the new moralists and self-styled judges of fitness for public life are concerned, only right-wing misspeakers are to be punished with exile from polite society.

And it has been built almost entirely on double standards. One of the chief cries of the unforgiving, intolerant anti-Young mob is that he thinks working-class people are stupid. Leaving aside that he doesn’t think this, and that he has opened four free schools with an above average number of pupils entitled to free school meals, which is more than any of his screaming critics has ever done for poor kids, there’s also the small matter that the people raging against him tend to be the same people who’ve spent the past 18 months slamming ordinary Brits as ‘low-information’, ill-suited to political decision-making, bovine, rash, racist because they’re so dim, and totally unlike us. For those who have openly flirted with the idea of removing major political decisions from the tiny brains and grubby hands of the non-university-educated masses in Brexit-diseased zones like the North, Wales and Essex now to slam Toby Young for hating working-class people takes chutzpah to dizzying and possibly unprecedented new heights.

But the worst thing about this days-long, now successful demand for a metaphorical head on a platter is that it will intensify one of the nastiest strains in British politics right now: the urge to purify public life; the thirst for harrying and hectoring and shaming out of polite and political society anyone who isn’t fully au fait with PC-speak, who isn’t completely versed in the new and prudish sexual strictures, who doesn’t believe that men can become women, who thinks it’s okay to make jokes about things, and who isn’t an obedient bower and scraper before the worldview of a staggeringly narrow but sadly influential section of society. Toby Young’s fate confirms the intellectual straitjacketing of public life, and the borderline criminalisation of eccentric, daring or simply daft thought and speech.

It’s relentless, this purification of public life. Over the past year we’ve seen a Tory MP, Anne Marie Morris, have the whip taken off her at the behest of a Twittermob because she used the old phrase ‘nigger in a woodpile’ in a completely non-racist context. (For some Corbynistas-cum-new-Stalinists, this wasn’t enough: they also demanded the punishment of MPs who laughed at her comments. Laughcrimes? Expel them!) We’ve seen Labour MP Clive Lewis investigated for jokily saying ‘on your knees, bitch’. To a man. Who wasn’t offended by it. We’ve had the aforementioned O’Mara debacle, where that Labour MP was hauled over the coals for things he tweeted 10 years ago, when he was dim and in his early 20s.

And of course we’ve had the bonkers ‘Pestminster’ scandal, where male MPs have been suspended, investigated and demonised as ‘predators’ for such shocking behaviour as fleetingly placing a hand on someone’s knee, asking people out for drinks, and even writing complimentary letters to female political activists more than 25 years ago. In one of these letters, from Labour MP Kelvin Hopkins to Labour activist Kerry McCarthy, he said she was ‘attractive, intelligent and charming’. Fetch my smelling salts! Shame him! Hound him! It still amazes me that people took seriously the complaints of self-promoting hacks like Kate Maltby and Jane Merrick, who were simply hit on by MPs (were these women brought up in convents?), and of female politicians who seem to think being strongly disagreed with is ‘sexist bullying’.

The end result of this purification of politics, this prudish, moralistic erasure of all jokers, eccentric people, the non-right-on and the simply amorous, is that public life will become a flat, cardboard affair, with no risky thinking or colourful individuals. It will resemble the weirdly stiff and sensitive new elites rather than the colourful, ‘incorrect’ public outside of the Westminster and Twitter bubbles. It will empower the bores and their ridiculous speech and sex codes at the expense of open, free, relaxed discussion and interaction. It isn’t only Toby Young who has lost out today – so has everyone who thinks public life should no longer be the preserve of that narrow, tragic section of society that cannot even take a joke.