Labour must choose: the people or the Single Market

Staying in the market would be a betrayal of workers. 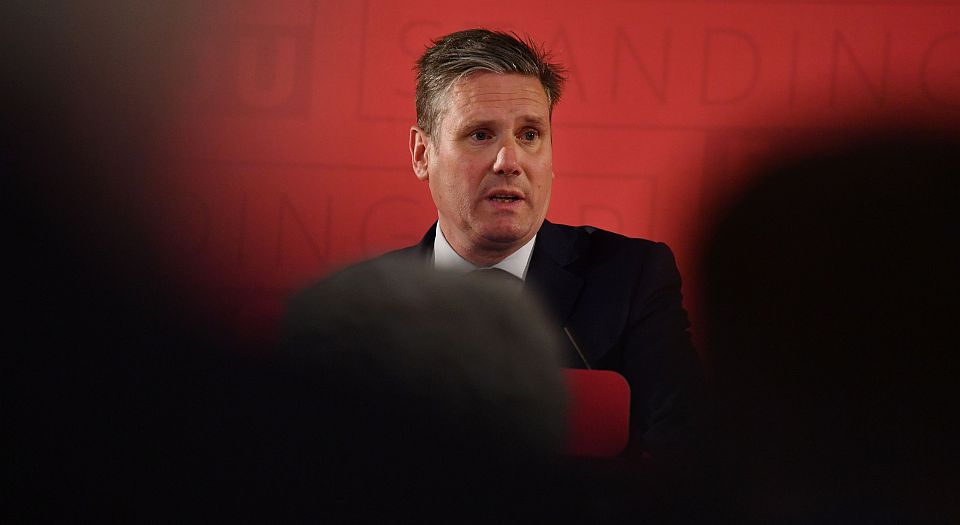 The desire among the British people to end the economics of austerity and build an economy based on high-skill industry and manufacturing was sensibly reflected in Labour’s 2017 election manifesto. But most of the promises and policies in that manifesto could not be met if the UK stays in the Single Market. It will be a dereliction of duty if Labour wished the ends without willing the means. Calling for the UK to remain in the Single Market, as many Labour MPs are doing, is a proxy for ditching that manifesto.

There is a desperate effort by Remainers to bounce the Parliamentary Labour Party into reneging on Labour’s manifesto commitment to respect the outcome of the referendum. They scored a small victory with the shadow cabinet’s bizarre decision to vote against the second reading of the EU Withdrawal Bill, on the grounds that it incorporates ‘Henry VIII powers’. Remainers in the PLP hoped (in vain) that it would translate into total opposition to the bill in the final vote, and thus scupper the Brexit process.

But if Labour blocks Brexit it will lose credibility and haemorrhage support among workers. Worse, it will play into the hands of the Tories. It would delight Tory strategists, allowing them to paint Labour as untrustworthy on Brexit.

It would also stop Labour from tackling the economic issues facing the UK. The somewhat mystifying combination of low unemployment rates (the lowest for 42 years) and an inability of wages to keep pace with inflation is the result of the large pool of EU labour, coming to the UK from nations plagued by high levels of unemployment. This dampening effect on wages and conditions will be removed once we are out of the Single Market.

As we exit the Single Market and end freedom of movement, the supply of cheap labour from the EU will dry up, the price of labour will begin to rise, workers will be properly rewarded, and their skills recognised. This will, in turn, provide the incentive for business to invest in advanced machinery and improve productivity. Agriculture, a sector predicted to face doom post-Brexit (cabbages left to rot, etc), is a case in point. When questioned at the House of Lords Economic Affairs Committee in June this year, Minette Batters of the National Farmers Union and David Swales of the Agriculture and Horticulture Development Board accepted that cheap labour from Eastern Europe has diminished the incentive to invest in state-of-the-art techniques.

No doubt there will be the inevitable pleas that this or that sector cannot afford even the smallest hike in wages, that profits will dwindle and businesses will close. This has been the cry of capitalists throughout the ages, from the introduction of the 10-hour day in the 1850s to the minimum wage more recently. If such pleas were always heeded, we would still be living in Dickensian conditions.

What’s more, as these changes filter through the various sectors of employment, the economy will begin to move towards the high-productivity, high-wage, high-skill economy that the labour and trade union movement has been calling for. The prospects of moving towards such an economy have never been more achievable than with Brexit. In fact, it will only be possible if we leave the EU. In the EU, the smallest increase in profits trumps all other considerations.

For Labour, the turning point of the 2017 General Election campaign was not its policies on austerity and the economy, but the late inclusion in its manifesto of the statement ‘freedom of movement will end as we leave the European Union’. That was the moment when some workers began to see Labour as a serious and viable alternative government, and it was rewarded with increased support. Workers are not fools: they know that re-nationalisation and borrow-to-invest policies are pie-in-the-sky if the we remain inside the Single Market.

The support Labour received from workers at the General Election is not unconditional. If Labour begins to equivocate on its manifesto pledge to leave the Single Market, that support will melt away as quickly as it first formed.