The death of the old divides

Labour and the Tories are relics of another era. 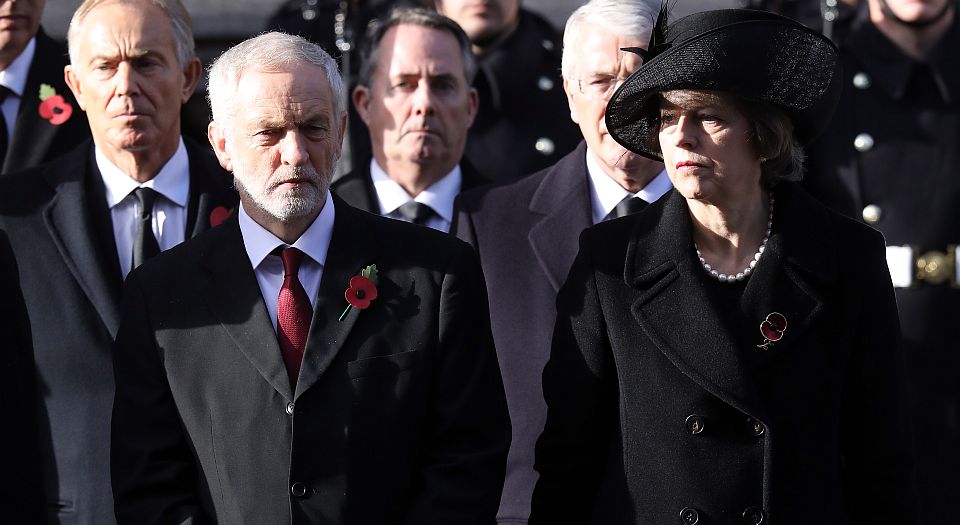 Wales has been Labour for as long as Labour has existed. Keir Hardie, then leader of the Independent Labour Party, was elected MP of Merthyr Tydfil in 1900. Labour – in one form or another – has won the most Welsh seats in every General Election since 1922. The place is steeped in Labour history – from MPs Hardie, Nye Bevan and Michael Foot, to the birth of the party and the Miners’ Strike. But, going into this General Election, a surge from the Conservatives might see this legacy brought to an abrupt end. The dragon might be about to turn blue.

A shock poll released this week by Cardiff University’s Wales Governance Centre and ITV Cymru has Theresa May’s Tories at 40 per cent, up 12 points from January. Labour is at 30 per cent. Projections suggest the Tories could win 21 of the 40 Welsh seats, taking 10 directly from Labour. Though Professor Roger Scully, the man behind the poll, urged the usual caution, he said that ‘for once, words like sensational and unprecedented do not seem out of place’. Though it’s unclear how this Wales-wide poll might translate into seats, anything like this sort of swing in the popular vote would be remarkable.

The blame is being laid at the sandals of Jeremy Corbyn. Welsh Labour leader Carwyn Jones says Corbyn has ‘work to do’ to win round Welsh voters. And his name is apparently as toxic on the doorstep in Wales as it is throughout the country. Theresa May, visiting Wales twice this week, has tried to seize the opportunity, banging on ad nauseam about her ‘strong and stable leadership’ and the threat posed by a Corbyn-led ‘coalition of chaos’ at sterile, activist-stuffed campaign events in Bridgend and Newport East. But Labour’s Welsh woes precede Corbyn.

At the last election, Labour haemorrhaged support in Wales – as it did across the north – to UKIP. But the coming collapse of the increasingly embarrassing, burqa-banning UKIP seems to be benefiting the Tories, not Labour. The fear that UKIP would act as a ‘gateway drug’ to the mainstream right, for constituents who have always voted Labour and remained squeamish about making the jump, seems to be bearing out. The big spark was Brexit: Wales voted emphatically to leave. The Tories are targeting seats with strong Leave margins, and they seem confident they can overturn sizeable majorities.

Labour’s detachment from its working-class heartlands has been a slow, gradual process: it’s been in a steady decline since the 1970s, which a shortlived resurgence in 1997 and an uptick in 2010 did nothing to reverse. Brexit has sped up the corrosion of the calcified ‘my father and my father’s father voted Labour’ hold in many of Labour’s heartlands. It’s not that the Tories, under May, have somehow become the party of the workers – rather, the old, historic divide has withered. As one YouGov poll showed this week, class now has almost no bearing on how people vote.

This is not so much a realignment in British politics as the corrosion of the old alignments, the scrubbing out of the old dividing lines. May is making hay out of Labour’s demise, and her decision to champion Brexit – to attach herself, albeit opportunistically, to the democratic cry of the 17.4million – has boosted her stock. But the technocratic May is still living on borrowed time, time that is being extended by a weak and conflicted opposition that lacks the courage to neither thwart nor champion Brexit. A Tory landslide in June will mark both an extension of the public’s determination for Brexit, and a recognition of Labour’s disarray – not a rejuvenation of Toryism.

For most of modern British political history these two totemic parties have defined themselves against one another, even when the rush for the technocratic centre made this feel increasingly meaningless and pantomimic. For this reason, the collapse of Corbyn’s Labour poses a less immediate but nevertheless existential threat to the Tories. For as long as May can pose as the custodian of the Brexit spirit, and as long as there is no real electoral challenge, the party will continue to pick up support. But it can’t last. Beyond Brexit, and beyond Labour, what the Tory Party will stand for, will give expression to, is far from clear.

In this election, in Wales and the north of England, Brexit will be the wheel upon which Labour will be broken. But the Brexit vote has sped up the unravelling not just of Corbyn’s Labour, but of the old politics itself. It’s not a question of if but when. The class divide, and the parties that once embodied it, has ceased to mean anything. The referendum, that glorious exercise in mass democracy, revealed not a split between rich and poor, but a split between the technocracy-loving elite and the freedom-thirsting demos. We need a new politics to harness that, to give life to the new divide and bring an end to the lifeless parties of old.