How the EU uses migration to batter democracy 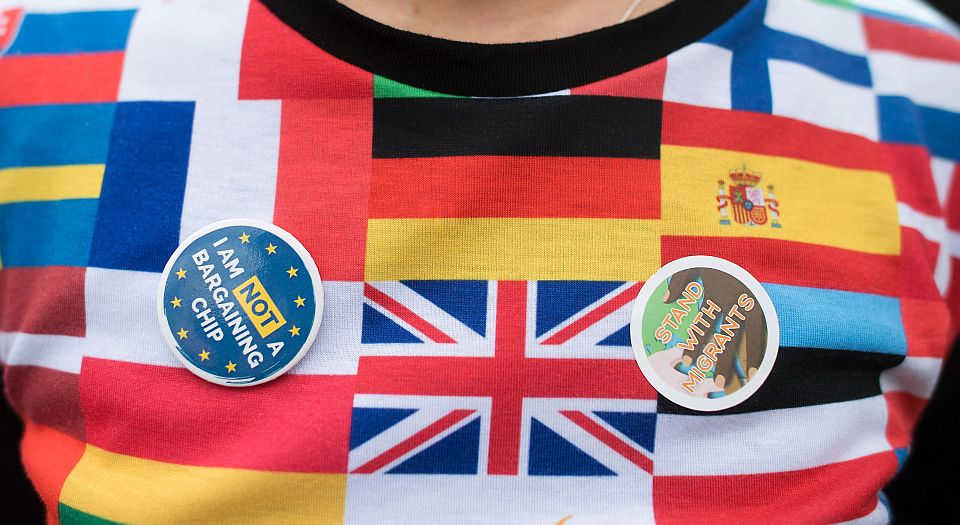 ‘The Brexit vote is history. A closed or open Britain is the defining battle now’, read a Guardian headline in the wake of the Brexit vote. This has been the elite narrative ever since. The question of whether Britain will now turn in on itself or extend outwards, shun migrants or welcome newcomers, has preoccupied both sides of the post-Brexit debate. Theresa May’s Lancaster House speech was dedicated to dispelling the idea that Brexit was a victory for Little Englanders, and arguing that instead it was an opportunity for a truly global, internationalist Britain. Among staunch Remainers, the spectre of post-vote xenophobia has fuelled their campaign to soften or better yet scupper Brexit.

Leading Remainers continue to push this line even as they contradict themselves. Tory MP Anna Soubry has consistently smeared Leavers as visceral, idiotic bigots. ‘Some of these people are the ones who say: “I don’t like all that foreign muck, what are we having for tea tonight? Chicken tikka masala.”’ And yet, as Remainers never tire of telling us, non-EU migration has precious little to do with Brexit. And as the unelected Lords plots to force the Article 50 bill back to the Commons, over the government’s refusal to secure the status of EU migrants, it’s worth remembering that poll after poll has shown that a vast majority of the public supports EU nationals having the right to remain.

But the greater paradox here is that Europhile MPs, those who wax lyrical about an open Britain post-Brexit, are the supporters of an institution whose immigration policy is firmly closed to those beyond its borders. ‘The people that complain about the freedom of movement will not be satisfied because what they really want is to see less foreign-looking people on their streets’, said Labour MP Diane Abbott last year. And yet, the European Union’s migration policy, for its entire existence, has locked ‘foreign-looking people’ out of the continent. The policing of Fortress Europe, which led to thousands of deaths in the Mediterranean years before the migrant crisis hit, is not only racist in its undertones – it’s brutal, too.

‘It’s our identity: we celebrate when walls are brought down and bridges are built’, tweeted EU foreign policy chief, Federica Mogherini, in January. But, as the EU Observer points out, that tweet ‘appeared the same day a young man from Pakistan suffocated to death in a tent at the Moria camp on the Greek island of Lesbos… It was the third death at the camp in a week.’ The EU’s barbarous handling of the migrant crisis is an open secret. Day after day news of the plight of those detained in Greece and Italy, or worse, makes headlines. And yet even as the stories and the bodies pile up, these ‘compassionate’, ‘open’ Remainers keep their ire trained on their own supposedly backward electorates.

The EU’s €6 billion deal with Turkey, whereby ‘irregular migrants’ are deported from Europe back across the Aegean in exchange for resettling Syrian refugees, has led international human-rights and migrant groups to cease their operations in Greece and Italy’s migrant camps. ‘Under the new provisions, these so-called hotspots have now become detention centres’, said the UNHCR’s Melissa Fleming. According to a report by the Overseas Development Institute, the EU spent €17 billion on border control in 2014-16; 15.3 billion of that was spent outside Europe to ‘discourage’ migration. The Turkey deal isn’t even the worst of it. The EU has tabled multi-billion-euro deals with Libya, Sudan and Eritrea to keep brown-skinned people out of Europe.

And it wasn’t just the mishandling of the migrant crisis, fuelled by EU member states’ destabilisation of the Middle East and exacerbated by Angela Merkel’s decision to throw open Germany’s borders to refugees, that forced the EU’s hand. The detentions, the deportations and the grubby deals with Third World dictators have been going on for years. In August 2010, Muammar Gaddafi met with the EU to strike a deal aimed at avoiding, in his words, a ‘black Europe’. The EU offered Libya €50million over three years, to stop Africans and Arabs crossing the Mediterranean. Everyone knew this was going on. In 2014, Amnesty International criticised the EU for ‘outsourcing migration control’ to Turkey, Morocco and Libya.

Leavers should take no lectures about immigration, openness and egalitarianism from supporters of this brutal institution. The chaos across Europe’s borders gives the lie to the neat divide between inward-looking Leavers and open-minded Remainers. If these people were so compassionate, so open to outsiders, how can they stomach what’s going on? And isn’t it suspicious that a political elite that cares little for liberal values, which across Europe bans hate speech, e-cigs and, er, power vacuum cleaners, has suddenly discovered a passion for freedom? Indeed, for the most controversial and potentially disruptive freedom there is: the freedom to move, work, live and flourish in different parts of the world. Clearly, they never gave a damn about it in the first place.

Given their horrendous track record on migration, what are we to make of the EU’s and leading Remainers’ sudden interest in defending migration against what they see as backward Brexiteers? This is where their behaviour becomes deeply cynical. They are interested in ‘free movement’ now only insofar as it can be used to dilute democracy. We’ve glimpsed that in the wake of the Brexit vote: immigration has become the primary means through which Leavers are deligitimised, their 17.4million-strong vote for greater democracy reduced to a nativist howl. But it runs deeper than that. The dissolving of borders between European nations, enshrined in the EU’s four freedoms, and its imposition of non-EU-migrant quotas on member states, look more and more like an expression and institutionalisation of disdain for the ideal and practice of national sovereignty. The attack on borders is really an attack on the democracies, and the democratic citizens, contained within them. Migration, scandalously, is now used as a weapon in that attack.

No one benefits from this. Turning migrants into battering rams against any sense of attachment to sovereign principles, against the right of nations to control their borders, is a recipe for conflict. It pits migration against national democracy. For those of us committed to free movement, this weaponisation of immigration is a tragedy. It’s clouded the issue. Immigration is no longer a question of freedom but an instrument of elite control, used to burnish politicians’ moral credibility, fulfil treaties and batter the native demos. It’s taken immigration out of the public’s hands and in doing so turned it into a symbol of people’s feelings of disorientation and lack of control. The real divide in Britain, and across Europe, is not between open-hearted liberals and fearful nativists – it’s between democratic citizens and the elitists who loathe them. It’s only by embracing democracy that we can demystify free movement, and reclaim it from its phoney defenders.