The conspiracy theory of seeing Putin’s hand in everything. 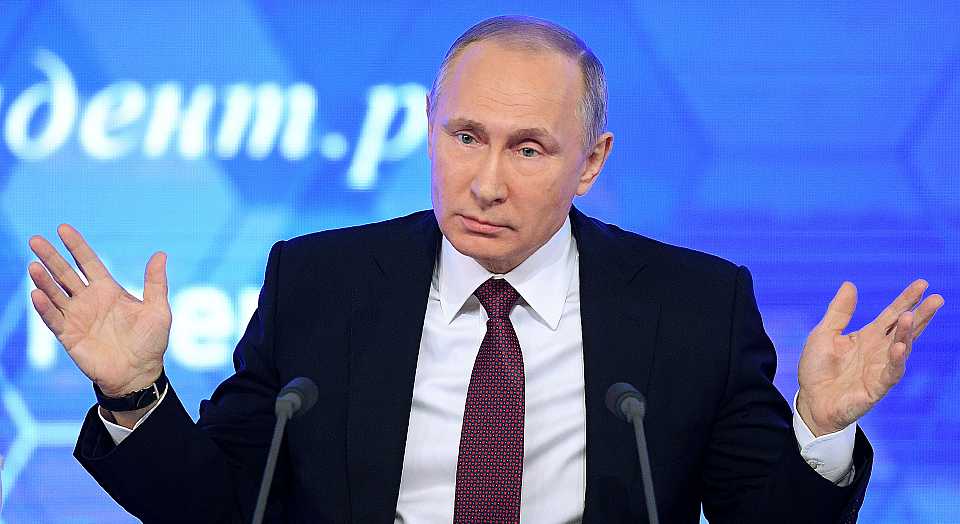 The expulsion of 35 Russian diplomats from the US was still to come when White House press secretary Josh Earnest was busy confirming to journalists that President Obama shared the view of the CIA and the FBI that Russia’s top intelligence agencies had hacked and leaked emails from the Democratic National Committee. But one question from reporters stood out: did the White House believe Russia had successfully rigged the US presidential election? ‘There are a variety of potential explanations [for Donald Trump’s win]’, responded Earnest.

Just think about the absurdity of that question for a second. American journalists were seriously asking the White House if it believed Russia had effectively rigged the US election. Forget the massive disillusionment of many working and middle-class Americans with a political establishment that has treated them with disdain. Forget the failure of successive administrations to address deep-seated economic and political problems. Forget, in short, the perfectly understandable, rational reasons why many Americans decided to vote for Trump, aside from a bunch of emails that revealed what everybody already knew about Clinton. Journalists were actually suggesting that Putin – ‘and not much happens… without Vladimir Putin’, as Obama put it a few days later – might have fixed it for Trump to win.

The belief that it was Russia that won it for Trump is almost as absurd as the Washington Post’s contention that Trump is Putin’s very own Manchurian candidate. But, as can be heard in Earnest’s eagerly equivocal response, too many among today’s Western elites seem to want to believe it. They want to see the hand of Putin in every challenge they face, every problem they confront, and increasingly every setback they endure. The specific problems differ, but the elite refrain is the same: it’s not our failure. It’s not our fault. It’s Russia that’s to blame. It’s Russia that is the demiurge of world affairs, the power behind the aspirants to assorted thrones, the ignition for the world’s conflagration, the threat to what should be an otherwise orderly world ruled over by the great and good.

Think of the one-sided narrative that continues to be peddled by an embattled establishment in relation to Syria. Even now, the fact that it was the US and Europe that first intervened in, and inflamed, the Syrian conflict in 2011, anointing Assad’s successors and funnelling money and arms to rebel-cum-Islamist groups, is obscured by the relentless attempt to blame Russia for the ruination of Syria and the slaughter in Aleppo. Or think of the story of Russia’s annexation of Crimea and the civil conflict in the rest of Ukraine, which, for Russia, had long been a buffer state and an ally against the incursions of the West. Again, NATO and the EU’s decades-long flirtation with Ukraine, which, in 2013, turned into a Western-backed overthrow of Ukraine’s democratically elected government, is determinedly erased from history and the spectre of Russian aggression posited in its place, as if the Ukraine conflict was always a tale of Russian expansionism and Putin’s imperial delusion.

It’s as if every challenge to, and every problem faced by, the Western political establishment today is somehow reducible to Russian perfidy. We’re told, in the words of John E Herbst, a former US ambassador to Ukraine, that ‘Putin wants to destroy that Europe [of democracy, peace and prosperity]’. We’re told by the Guardian that the big ‘strategic, security and diplomatic problem’ of our age is: ‘what to do about Russia?’. And we’re told by Obama that ‘the world must work together to oppose Russia’s efforts to undermine established international norms of behaviour’. Because Russia is being conjured up as the problem, the cause of instability, the enemy.

For imperilled Western elites, the incessant blaming of Russia is a form of displacement activity, a way to avoid having to face up to their own internal rot, their isolation from their domestic publics, their futureless commitment to an exhausted status quo. Little wonder that every internal electoral and political struggle is now almost automatically laid at Russia’s door. In Italy, the establishment paper La Stampa even suggested that prime minister Matteo Renzi’s defeat in last month’s constitutional referendum was attributable to the influence of Russian state media channel, Russia Today. Given the all-purpose explanatory nature of Big Bad Russia, perhaps it was no surprise to learn that the German state is now busy warning of Russian hackers’ attempt to sow ‘uncertainty in German society’ and to destabilise the country.

These aren’t mere press statements or op-eds — these are sentiments that result in deeds, too. Sometimes, they’re defensive moves, as in Sweden, where the defence ministry has urged local authorities to prepare their civil infrastructure and procedures ‘in terms of war’ amid, as one report puts it, ‘growing concerns about Russia aggression’. But more often than not, the demonisation of Russia, its Western construction as an imperial aggressor, results in offensive moves, from the build-up of NATO forces in the Baltic to ever more onerous economic and political sanctions.

Western elites are playing a hugely dangerous, destabilising game. If they demonise a nation, if they constantly suggest that it’s behind the world’s problems, if they ramp up military and economic aggression against it, then there’s a chance that nation will become in reality what it is in their nightmares: a mortal enemy. Senator John McCain called the alleged Russian cyberhack an ‘act of war’. At this stage, it’s pretty clear who the real warmongers are.