Into the mind of David Bowie 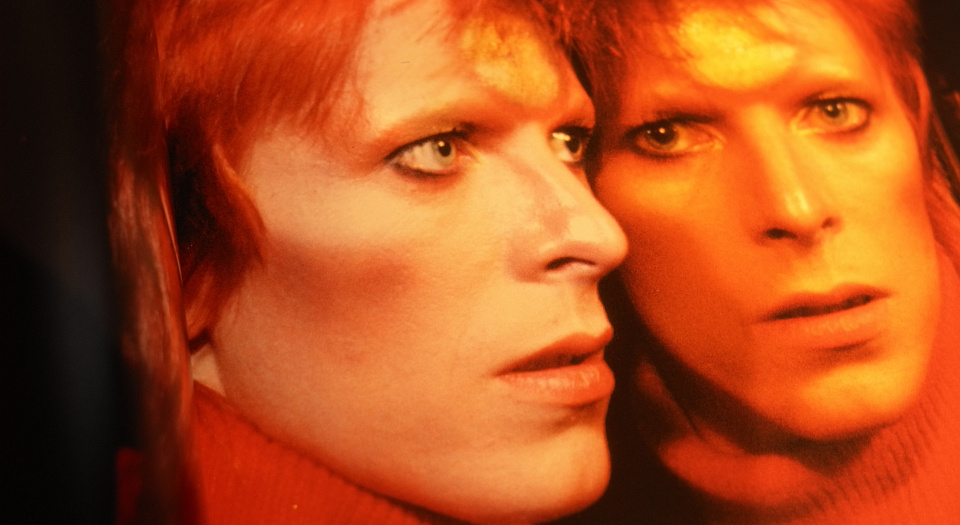 As psychologist Oliver James has it in Upping Your Ziggy, the young David Bowie, then known as David Jones, was haunted by the family curse of madness, which afflicted three aunts and his ill-fated half-brother Terry. Yet despite an emotionally stunted upbringing and, James believes, a borderline personality disorder, Jones flourished as the favoured child. He was able to ‘express his emotional turmoil’, rather than succumbing to it, ‘by creating musical personas’. But Bowie could be delusional, particularly when snorting industrial quantities of cocaine as the Thin White Duke; or imagining himself the ‘leper messiah’ of his most famous creation, Ziggy Stardust. But he would regain control: ‘I took that image off. I put it in a wardrobe in an LA hotel and locked the door.’

For James, Bowie is a case study in support of his argument with psychiatry regarding ‘the bogus boundaries between madness and sanity’. The music is treated as little more than a ‘sort of therapy’. What matters most for James is the idea ‘we can change who we are through our minds’, although these minds are determined by the ‘irreversible limits’ of our brain chemistry and the ‘parameters of our destiny’ imposed by childhood.

Paul Morley, Bowie fan and cultural critic, takes us beyond the psychological origins of Bowie to explore the making of, to use the title of his book, The Age of Bowie. It was in 1969, the hippy, happy year of Woodstock, that Bowie recorded one of his most famed songs, ‘Space Oddity’. This was an incongruously child-like novelty piece that was also ‘menacing and desolate’, both an uneasy commentary on the moon landings and a reflection on the recent death of his father. ‘Space Oddity’ launched Bowie’s career even if, as Morley drily notes, he was floating in his tin can for a couple of years before reappearing. In 1972, with the arrival of Ziggy, the ‘ultimate dreamcatcher for a new generation’, Bowie really looks like he’s been beamed down into the Top of the Pops studio from outer space. Still, as Morley recalls, the playground progs dismissed Bowie as ‘light, superficial, trashy’ compared with the ‘authentic roar of Led Zep, Pink Floyd and Black Sabbath’.

There was certainly a pretence about Bowie, something he would embrace. The music papers were creating a ‘riveting, semi-fictional framework’ and Bowie, too, in interviews, was ‘inventing as he went along’. But ‘he kept himself open enough’ for us to project our fantasies and theories on to him. ‘He let others make him up’, says Morley. It was only really in the Seventies, when pop music was a ‘seductive, influential force’, that Bowie was able to align himself with pop culture, from Ziggy through Diamond Dogs and the ‘plastic soul’ of Young Americans, to the Thin White Duke and the experimental Berlin albums, and personify the daring unbounded spirit of the times. Nevertheless, Bowie was still constantly renewing himself, observes Morley – he was always debuting, right to the end. In his final years, Bowie’s withdrawal from public life only excited greater interest. He even staged his own death, inasmuch as he made a performance of it; his final album, Blackstar, was released just days before his death.

You don’t hear about anything beyond Ziggy from James. He admits to not knowing much about Bowie beyond the quotes he Googles and an old biography, which he relies far too heavily on. As fascinating as he is on mental illness, James doesn’t tell us anything new about Bowie himself. It feels too much like a guess, a rush job and, dare I say it, a way of cashing in on a celebrity death. It’s not that Bowie’s backstory doesn’t tell us anything about him. His family’s history of mental illness was mined by Bowie as source material for his songs – indeed, it is one of the major themes that runs through his work. But to reduce Bowie’s music to a coping strategy, or his rock’n’roll lifestyle to addiction, to portray the sheer inventiveness of his work as no more than an expression of hard-wired early experiences, is to flatten out and completely misunderstand the significance of one of the most extraordinary artists of the past century.

It was Bowie’s ability to self-mythologise, and to weave this mythology into his songs without ever giving anything away, that made him so compelling. We’ll never know for sure to what extent he was grappling with his demons or just playfully drawing on his troubled family background to keep everyone guessing. While at the time it was enormously important, today the arm draped over Mick Ronson’s shoulder during a Top of the Pops performance of ‘Starman’, is of only historical note. ‘Do you like girls or boys? / It’s confusing these days’, Bowie would later sing on his 1995 album Outside. In the age of gay marriage and LGBT traffic lights, it is hard to appreciate how ground-breaking that gesture, however calculated, was. And I suspect the supposedly Nazi-like raised arm to fans in London’s Victoria station in 1976 would have him accused of inciting racial hatred today.

In the end, it is Morley who does the better job of getting inside Bowie’s head. The Age of Bowie is as much an act of imagination and devotion as it is research, so steeped in Bowie is he. He captures better than any other biographer I’ve read the essence of the man and his times. Morley understands that Bowie was doing so much more than just coping with a troubled and troubling past; he was also inventing something new. And he was doing it over and over again until nobody knew where David Jones ended and David Bowie began. For all that, he was a one-off, something that James fails to realise in his recommendation that readers do what they can to ‘up’ their own Ziggy Stardust. Bowie has left a gaping hole in the firmament. For the foreseeable future we are faced with a grim line-up of dying stars, thinks Morley. ‘The music that began as an articulation of youth and a making up of the future is entering a definite twilight zone.’ Where Bowie trailblazed his way through a decade upsetting conventions and orthodoxies as he went, today, ‘pop and rock music is essentially part of the establishment’.

Dave Clements is a writer, public servant and convenor of the Institute of Ideas Social Policy Forum. He is chairing the session ‘From Bowie to Bieber: what makes a music icon?’ at the Battle of Ideas festival in London on Saturday 22 October. Get tickets here.

The Age of Bowie, by Paul Morley, is published by Simon & Schuster UK. (Order this book from Amazon UK.)

Upping Your Ziggy: How David Bowie Faced His Childhood Demons – and How You Can Face Yours, by Oliver James, is published by Karnac Books. (Order this book from Amazon UK.)

Picture by: Brendan Carson, published under a creative commons licence.