Theresa May is a friend of free speech? Come off it

She criticises Safe Spaces on campus yet wants to Safe Space all of Britain. 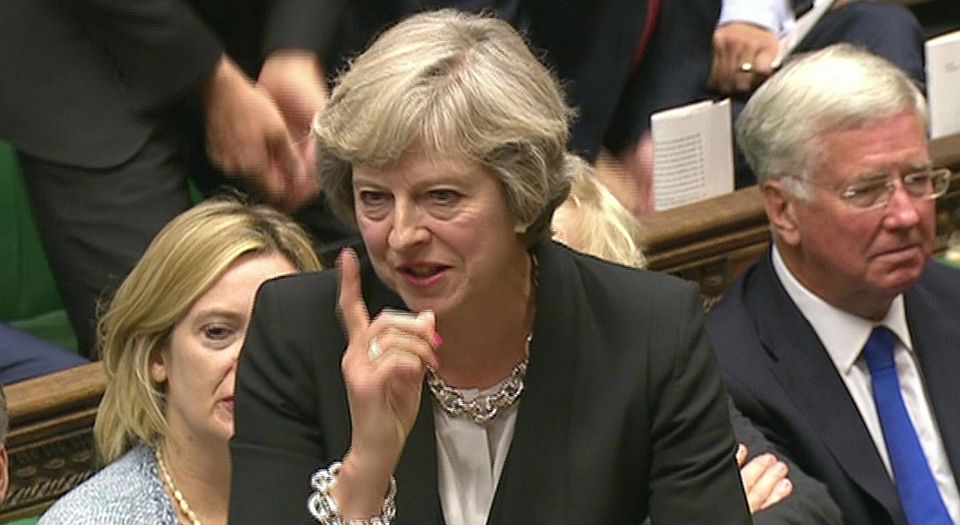 Theresa May is a friend of free speech? I’ve heard it all now. Yesterday, during PMQs, in response to a question about Safe Spaces on campus, May basically said students need to grow up. Uni is meant to be a place for intellectual innovation, she said, not hiding away from dodgy or difficult ideas. ‘I think everybody is finding this concept of Safe Spaces quite extraordinary, frankly’, she said. ‘Hear, hear’, murmured MPs. ‘Well said’, said much of the media. ‘At last we have a PM who’ll defend free speech’, said tweeters. Which is weird since Theresa May wouldn’t recognise freedom of speech if it got up on to her despatch box and showed her its arse.

All the things May and her cheerleaders slam in students have already been done by May. These Johnny-Come-Lately critics of Safe Spaces – zones set up by students’ unions in which nothing racist, homophobic, sexist, rude, right-wing or controversial may be uttered – mock students for trying to turn campuses into kindergartens for grown-ups. Yet May has tried to do the same to the whole of Britain.

As home secretary she zealously ‘No Platformed’ – to use student parlance – various so-called extremists, preventing them from setting foot in Britain lest they warp our tiny minds. She forcefielded Britain against right-wing American bloggers who are stingingly critical of Islam. Against a white nationalist from the American South. Against the Florida pastor Terry Jones, who likes burning Korans. Against the American rapper Tyler, the Creator, for the crime of having once rapped some sexist lyrics. Against the doofus pick-up artist Julien Blanc, for being disrespectful of women.

If these targets sound familiar, that’s because they’re the same people student officials ban. Islamophobes, sexists, rappers or singers who aren’t sufficiently PC: May and the student Safe Spacers she’s railing against are one and the same in their belief that bad or eccentric ideas are best dealt with by censorship. May bans a pastor who has a problem with the Koran; students ban secularist critic of Islam Maryam Namazie. May bans Tyler, the Creator for being sexist; 30 students’ unions ban Robin Thicke’s ‘Blurred Lines’ for being sexist.

And both use the Stalinist language of ‘safety’ or ‘the public good’ to justify their speech-strangling antics. Students’ unions claim, with spectacular paternalism, to be protecting the ‘mental safety’ of their student charges; May says she bans people who say weird things because they aren’t ‘conducive to the public good’. It’s almost funny: student leaders fancy themselves as anti-Tory, yet ape Tory intolerance of difficult ideas; May positions herself as a critic of Safe Space nonsense, yet she’s Britain’s Safe-Spacer-in-chief, treating not only students but all of us as infants to be guarded from controversy.

Student censors often claim simply to be disrupting extremism. Where could they have got the idea that it’s better to silence extremism than tackle it? Maybe from May and her Extremism Disruption Orders. In 2014, as home secretary, May outlined her intention to ‘eliminate extremism in all its forms’. Her EDOs would prevent people who have committed no offence other than to hold certain ideas from using social media and speaking on public platforms. Asked to describe who might fall victim to an EDO, she said it could include hotheaded Islamists and beyond that anyone who says things that betray a lack of ‘respect for the rule of law’ or ‘respect for minorities’. So a lefty radical who says capitalism should be a overthrown? A Christian who says gay marriage is nonsense? Student leaders and May are as one in the censorious clampdown on out-there thinking.

The craziness of the idea that May is a plucky defender of free speech on campus is clear when one remembers that just last year she proposed new statutory rules to force universities to ban extremist speakers. Yes, the thing she’s now applauded for mocking in student leaders – their transformation of campus into controversy-free zones – is an idea she herself promotes.

She had to shelve those plans, but that she drew them up in the first place should shoot down the notion that she gives one hoot about free speech on campus. Her statutory proposals irritated student leaders, who called it censorship. And now she ridicules their censorship. This is the narcissism of small differences. Behind the loud spats between rad, Tory-bashing students and a square Tory PM there lies utter agreement on the need to ban certain people and ideas and publications. Today, the shouty, purple-haired union official is indistinguishable from the stern Tory PM.

The May/Safe Space story is very revealing. Firstly, it shows that today’s campus culture is not, as its critics claim, a simple product of millennial stupidity. Rather, it springs from, and is shaped by, a broader social and political turn against freedom of thought and speech. From hate-speech laws to ‘public good’ bans to the chattering-class war on tabloid press freedom, today’s teens and twentysomethings have grown up in an era when free speech is treated as a negotiable commodity. And we wonder why they treat it likewise.

And secondly, the cheering of May suggests the new critique of Safe Spaces has become pretty detached from any broader fight for freedom of speech. Instead it has become simply a means to mock the censorious excesses of strange students. This is why even people who are explicitly not in favour of freedom of speech – May, many feminist writers, certain right-wingers – can make such a big deal of slating Safe Spaces: because being anti-Safe Space has become a way of chastising students for ‘going too far’ with censorship, not for being censorious in the first place; the new anti-Safe Space outlook doesn’t shoot down censorship, just certain forms of censorship.

We need to reconnect the critique of Safe Spaces to the fight for freedom of speech more broadly. For free speech to flourish at university, it needs to be valued in society; and for it to be valued in society, it needs to flourish in places like universities. These things are intimately linked. Students aren’t leading the war on free speech: they’re mere footsoldiers in a nasty censorious turn that has been brewing for decades. ‘Freedom of speech is a fundamental British value’, said the MP who asked May the question about Safe Spaces. Not under May, it isn’t. It is society’s own devaluing of free speech, and the left’s turn against it, and academics’ own caginess about it, and feminists’ depiction of it as harmful, that has made something as crazy as Safe Spaces possible. There are beams in the eyes of those slamming Safe Spaces.