The weakening of ISIS is no victory for the West. 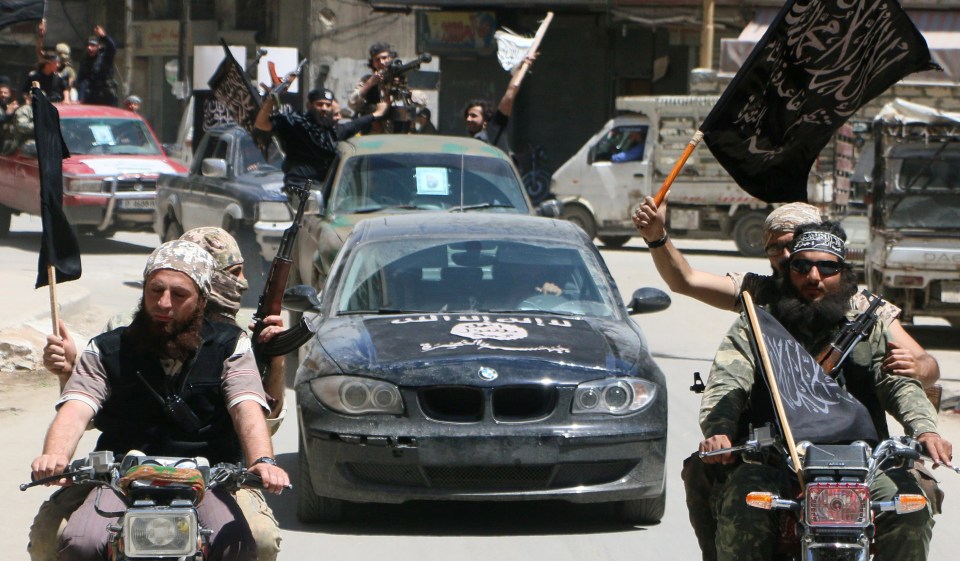 It certainly looks as if ISIS is in retreat. Over the past couple of months, it has lost territory in both Iraq and Syria. Its two signal captures in Iraq a couple of years ago, Fallujah and Mosul, have either been lost or are about to be, with Fallujah retaken in June, and Mosul now the focus of an imminent ground offensive. And in Syria, many, civilian and ISIS alike, are fleeing the de facto capital of the Islamic State, Raqqa, before the approaching anti-ISIS coalition of mainly Kurdish, Arab, Assyrian, Armenian, Turkmen and Circassian militias, aided and abetted by US airpower, launches the inevitable, final assault.

With the loss of territory, especially in oil-rich Iraq, ISIS’s revenues are drying up, too. Reports suggest that it is having to cut fighters’ pay, levy new taxes, and, in a fiat born of desperation rather than devotion, increase fines for breaking its religous code. ISIS, which won adherents so quickly by dint of its sheer success, its fearful potency, is now losing them just as quickly, as its failures mount and its impotence emerges. Kurdish forces claim that ISIS fighters are now shaving off their beards, and even disguising themselves as women, in an attempt to flee Syria with the refugees.

But there can be no celebration among Western leaders, who, at various points, have dubbed ISIS ‘the most serious threat’ to our way of life, and the fight against it the ‘greatest struggle of our generation’. Not because ISIS is not as barbaric as it’s been cracked up to be. It is and more. No, there can be no celebration because ISIS’s slow-motion collapse is no victory. Rather, it’s another phase in the unravelling of a region, another stage in the unfolding chaos, a climatic alteration in the ongoing storm that has engulfed what’s left of Iraq and Syria, and redrawn territorial boundaries as quickly as the institutions of civil society have been cast asunder.

And caught in the eye of the storm it helped to stir is the coalition of the clueless, those Western powers, with the US to the reluctant fore, who five years ago set themselves up against the Syrian government of Bashar al-Assad, anointed his successors in the now long-forgotten Syrian National Council, and emboldened and funded the armed opposition, a rag-tag selection of ex-Syrian army, mercenary fighters and, of course, a whole host of Islamist militias. It was a fatal move. The West’s intervention transformed a conflict between Assad’s government and a disenfranchised largely Sunni majority into something else: a civil war, at once more intractable, more inflamed, more entrenched, than anything that had preceded it.

At the time it seemed like the easy righteous pose for Western leaders to strike. Assad, who in 2009 was dubbed the ‘great reformer’ by US secretary of state Hillary Clinton, was the bad guy du jour, a chinless wonder of a dictator oppressing his own people, a figure about whom, as Clinton later put it, ‘America has absolutely nothing invested in him remaining in power’. But none of this was grounds for actual intervention. There was nothing strategic about it. Nothing grounded in material reality or diplomatic imperatives. It was an ethical pose; a piece of PR dressed up as foreign policy; a chance for the likes of Clinton, Cameron, Hollande et al to play at being statesmen, and conjure up the moral authority on the international stage that they were unable to on the domestic stage.

In practice, this pose has proved disastrous. The black-and-white moralising of Western foreign policymaking not only proved woefully inadequate when dealing with the complex realities of a civil struggle; it corrupted that struggle, deepened the involvement of regional and international players, empowered warlords and Islamist militias, and backed Assad into a corner from which there was no non-military way of escape. Any resolution that might have been possible at the start became impossible.

What we have seen over the past five years, then, has been nothing less than the playing out of the West’s folly. The ethical foreign-policy pose, struck by the US and its allies in the aftermath of Syria’s Arab Spring, created a search for the good guys, the so-called moderates who would politely lead Syria to a tolerant, democratic, post-Assad future. It sounds daft, but it’s true: a black-and-white vision has driven a determined, albeit futile, attempt to construct a black-and-white reality. But, as we have seen, this Manichaean universe refuses to exist. Instead, money and arms have been channelled to so many groups and coalitions over the past five years, in the search for that elusive pro-Western force, that the myriad groups backed by the West at various points have ended up fighting each other: the Kurdish People’s Protection Units (YPG), which receives weapons and support from the US, has been fighting the anti-Assad forces of the Northern Division, Jaysh al-Mujahideen and a coalition called Jabhat al-Shamiya, all of whom are backed by the CIA; the Kurdish forces themselves are under attack from US ally Turkey; and ISIS itself, the great threat to Western life as we know it, sprung in part from the ruins of the Western-backed Free Syrian Army.

Not that Western policymakers are unaware of this problem. Hence the the US government spent millions of dollars training up a proposed 15,000-strong armed rebel force of moderates to fight against Assad. Western powers had learnt the lessons of Iraq, you see. They were planning for the transition, preparing for the post-Assad future by creating a readymade Syrian security force. Or at least that was the pipedream. When asked by Congress last September just how many fighters were now operative, general Lloyd Austin said, ‘We’re talking four or five’. It emerged later that month that about 70 more Syrian fighters trained by the US had indeed been successfully deployed. Sadly for the US, upon entering Syria these fighters promptly turned over their weapons to al-Nusra, an Islamist group second only to ISIS in the barbarism stakes.

And here we come to the decline of ISIS. Because the principal beneficiary of ISIS’s struggles has not been some mythical moderate force; it has been the al-Qaeda spin-off, al-Nusra, with some reports suggesting that it has picked up 3,000 to 4,000 recruits from ISIS since the spring. Such is its growing strength that there have been reports that al-Nusra is in the process of breaking the Assad regime’s five-year-long siege of Aleppo, Syria’s second city. It’s certainly looking the best bet to take on the Syrian government, which, after all, remains the West’s avowed objective. This is why the US-led coalition has already been indirectly supporting al-Nusra, with French government intelligence reports showing that US air strikes against ISIS avoided endangering positions held by al-Nusra. And, last year, former CIA director David Petraeus talked of directly arming ‘some individual fighters, and perhaps some elements, within al-Nusra’. Of course, arming a descendant group of al-Qaeda might pose a few PR problems for Western governments still claiming to be fighting the war on terror. Which is why al-Nusra, keen on more monies and arms from Western agencies, has recently rebranded itself as Fatah al-Sham and announced it is no longer affiliated with al-Qaeda. Not that a lack of direct Western support will really hinder al-Nusra given the amount of backing already being given to its associates.

So, even though ISIS now appears to be slowly but surely falling away, this is no vindication of Western intervention, airstrikes or no airstrikes. It was Western meddling in the region, first with destruction of the Iraqi state in 2003, and then with undermining of the Syrian state from 2011 onwards, that paved the way for the emergence of ISIS. And it is Western intervention that continues to plunge Syria headlong into an internecine struggle, increasingly fought along ethno-religious lines, and fuelled by external interests. ISIS may no longer be in the ascendancy, but those the West has helped to prosper in its stead, with the brutal Islamists of al-Nusra to the fore, are no friends of the West. Nor, indeed, are they friends of the Syrian people.