The tyranny of transparency 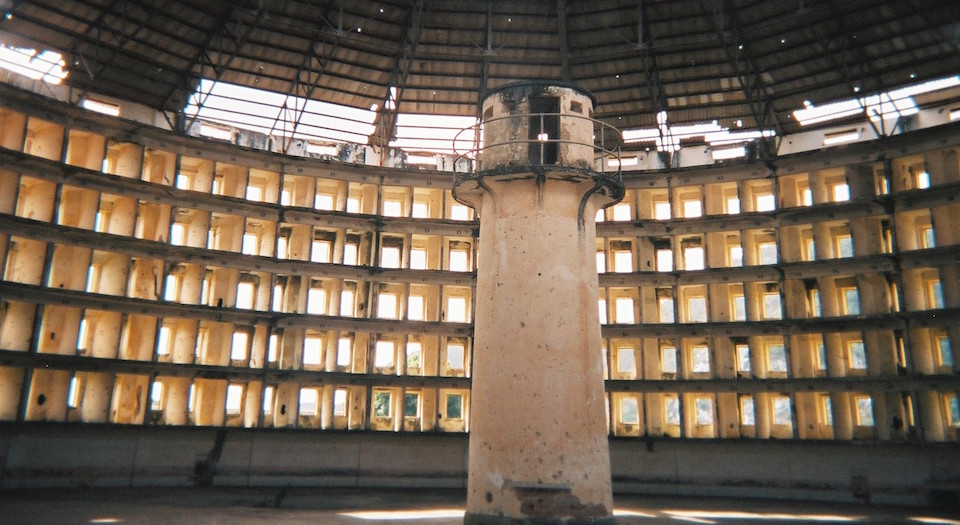 Injunctions may be farcical, given their territorial limits in the deterritorialised world of online media, but they do represent a threat to free expression. They are intended to prevent both the reporting of certain information about certain people, and the public from learning certain information about certain people. In form and effect, injunctions are censorship. Their junking, as Mick Hume put it, cannot come soon enough.

At the same time, the recent fuss over that celeb threesome, complete with saliva-coated details about an olive oil-filled paddling pool, did highlight something else, too: the devaluation of privacy, that relentless, creeping demand that we are entitled to know what people get up to behind closed doors. This isn’t just about sex, although sex, as a private, intimate act negotiated beyond social rules, is central to the publicising crusade. No, the creeping demand to publicise the private is addressed to our whole intimate and, increasingly, inner lives. Illnesses are there to be disclosed; emails released; conversations reported. There is nothing private anymore. Not in fact, but in principle. That is, we are increasingly encouraged to live as if our life could be made public, that a particular comment, or a particular relationship, could be thrown, or wikileaked, before the public, where it will be judged, censured, condemned. It is as if one’s private life is always potentially public, to be viewed, at all times, through the eyes of a public other.

This isn’t a legal problem. It can’t be corrected by frantic invocations of Article 8 of the Human Rights Act. No assertion that ‘Everyone has the right to respect for his private and family life, his home and his correspondence’ can magically restore substance to the idea of privacy. That’s because the idea of privacy has not been legally debased; rather, it’s been culturally and politically undermined.

Its undermining marks a significant shift in the values of the West. Although many chart the development of the idea of privacy from the Ancients onwards, drawing attention to Aristotle’s distinction between polis (political, public life) and oikos (domestic, family life), actually the importance we have long attached to it in liberal societies is largely a modern, post-Enlightenment achievement. That is, the idea of privacy as we understand it today developed as part of that broader struggle for liberty from the 16th century onwards, drawing initially on the deepening concept of private property, of every man’s home being his castle, and the calls for religious toleration and freedom of conscience, before then acquiring a moral and psychological dimension during the 19th and 20th centuries. By the time of John Stuart Mill’s On Liberty, written during the 1850s, the private sphere, a space in which the individual was free to think, to experiment and to pursue his life as he deemed fit, was clearly delimited and sacrosanct: a space into which the state was not to intrude, and over which majority opinion was not to dominate.

So esteemed was the idea of privacy during the 20th century, that its erosion and absence was precisely the focus of the warning, dystopian visions of Aldous Huxley and George Orwell. The terror of these fictions lies in the idea of the inescapable gaze of Big Brother, the penetration of prying eyes into one’s own head space, seeking out thoughtcrime, eliminating fantasy and, ultimately, eclipsing individuality. What Orwell in particular foreshadowed, the Communist East filled out with totalitarian detail, or so the West’s Cold War propagandising asserted. The Soviet Union destroyed privacy; the West preserved it.

The critics of the Eastern Bloc regimes had a point. In an essay from 1984, the Czech writer Milan Kundera reflected on the secret police’s publishing of private conversations between two leaders of the Prague Spring, Jan Prochazka and Professor Vaclav Cerny:

‘For the police it was an audacious, unprecedented act. And, surprisingly, it nearly succeeded; instantly Prochazka was discredited: because in private, a person says all sorts of things, slurs friends, uses coarse language, acts silly, tells dirty jokes, repeats himself, makes a companion laugh by shocking him with outrageous talk, floats heretical ideas he’d never admit in public, and so forth. Of course, we all act like Prochazka, in private we badmouth our friends and use coarse language; that we act different in private than in public is everyone’s most conspicuous experience, it is the very ground of the life of the individual; curiously, this obvious fact remains unconscious, unacknowledged, forever obscured by lyrical dreams of the transparent glass house. It is rarely understood to be the value one must defend beyond all others. Thus only gradually did people realise (though their rage was all the greater) that the real scandal was not Prochazka’s daring talk but the rape of his life; they realised (as if by electric shock) that private and public are two essentially different worlds and that respect for that difference is the indispensable condition, the sine qua non, for a man to live free.‘ (1)

But today, too many are in thrall to the ‘lyrical dreams of the transparent glass house’. ‘Transparency’ has become the sine qua non for a man to live correctly, to conform to the correct opinions, the correct views, the correct conduct. It has become a panacea for politicians battling public cynicism, and a virtue-signalling buzzword for business. Transparency is no longer a threat, as it was in the imaginings of Orwell or the life of Kundera: it is an aspiration. Think of the open-plan office, encased, floor to ceiling, in glass, so as to ensure employees have nowhere to hide their backsliding. Think of the endless calls for politicians and other public figures to be more transparent, to publish their tax returns, to release their emails, and, often, to turn out their familial and emotional lives. When Google CEO Eric Schmidt famously said in 2009 that ‘if you have something that you don’t want anyone to know, maybe you shouldn’t be doing it in the first place’, plenty expressed concern, but few were able to defend the need to be hidden from the gaze of indiscriminate others.

And little wonder. Because privacy is viewed with suspicion, its meaning associated less with freedom than with concealment and secrecy (which are no bad things anyway), with getting up to no good, and worse, a suspicion writ large in that phrase beloved of abuse-hunters, ‘Behind closed doors’. It’s quite a turnaround. The closed door might once have represented the legitimate limit to the public’s gaze; now it’s an impediment to seeing what we, the public, need to see, a sign that something untoward could be happening, something sexually deviant, ideologically improper, politically incorrect, perhaps involving marital infidelity and olive oil, perhaps not.

The demonisation of the private sphere, sullied with connotations of abuse and corruption, rests on the denigration of individual freedom and autonomy in general. We cannot be left alone, and, too often now, we no longer want to be left alone. Independence of thought and life has been supplanted by instagrammed dependence on the validation of others. The temple of transparency, ringing with the sound of let-it-all-hang-out public confessionals, has been built on the ruins of the Enlightenment project. It’s not easy, then, but to defend privacy, one doesn’t need lawyers with blather about ‘the public interest’; rather, one needs to defend individual autonomy, the freedom to explore feelings, sentiments and views without fear of being corrected or pulled up; the freedom to be intimate with others, to exchange opinions, to let off steam about friends or family; and, yes, the freedom to have sex with someone you’re not married to, with or without the helping hand of Filippo Berio.