No, boxing is not ‘barbaric’

The latest round of blows at boxing are aimed below the belt. 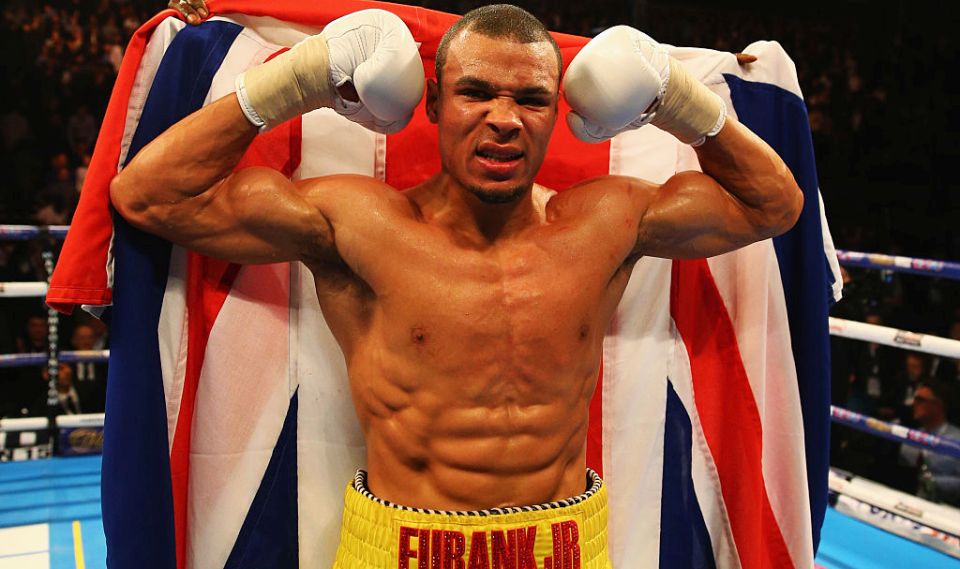 The boxing-bashers are back in the ring, and going for the kill. Nick Blackwell has reportedly just awoken from an induced coma, having suffered bleeding on the skull after losing a British middleweight title fight to Chris Eubank Jr. His plight has rung the bell for another round of opportunistic condemnations of the sport that many seem to agree is ‘barbaric’ and has no place in a civilised society, with demands that boxing must be sanitised or banned.

Labour MP Paul Flynn says that, unless it eradicates ‘gratuitously dangerous practices’, boxing ‘deserves to die of shame’. Media doctor Miriam Stoppard insists that it would be ‘socially irresponsible’ to allow such a ‘barbaric and dangerous’ sport to continue – ‘let’s put a stop to it’. Boxing-loathing sports writer Simon Barnes considers it ‘astonishing that it’s still going on in the 21st century’. And even a boxing-loving Guardian writer beats himself up about ‘the guilt of a boxing fan’, wondering ‘are people like me to blame?’ for what happened to Blackwell.

Of course we all feel great sympathy for young Nick Blackwell and his family. His ordeal has understandably put boxing on the defensive once more. But most of these blows at his sport are aimed well below the belt. They say more about the prejudices of contemporary culture than about the history and modern reality of boxing.

Yes, boxing is violent. But to be blunt rather than callous, so what? In a world wracked by war, bloody conflicts and refugee crises, those of us who are not pacifists find it hard to be outraged by the spectacle of two fit young men (or women) willingly trading blows in padded gloves under strict rules with full medical back-up.

The likes of Dr Stoppard might be bewildered that violence can be ‘justified in the context of boxing when it would otherwise be considered a crime’. But that’s the point. Boxing is not real life. It’s a sport in which the participants are expected to play by the Marquis of Queensberry rules, not abide by dinner-party etiquette. Hurling a car through traffic at 200 miles per hour might likewise be ‘considered a crime’ were it done ‘otherwise’ than in a Formula 1 grand prix.

Boxing aficionados can produce statistics to show that other sports and pastimes have higher casualty rates than their sport. There have been, for example, just three post-fight deaths in British boxing in the past 30 years.

Despite all the improvements in safety and medical care, however, it remains indisputable that professional boxing is and always will be, as one report put it last week, ‘a relatively dangerous sport’. Again, so what? As the general secretary of the British Board of Boxing Control admits, ‘We’re never going to make it 100 per cent safe’, but ‘every boxer who gets into a ring knows the risks’. That is surely more than can be said for many who risk the ski slopes for fun every winter.

Yet the idea of other people choosing to participate in or enjoy a sport that they find so distasteful is intolerable to the boxing-bashers. Responding to the latest criticisms, one fight fan quite reasonably writes that nobody has to like or watch boxing, just as he does not like or watch cricket; after all, ‘It’s a free country’. But that freedom to choose what you do, regardless of what the great and good might think, is precisely what many prominent critics of boxing want to knock out of our society – for our own good, of course.

The snobbery behind a lot of criticism of boxing is as obvious as an amateur hay-maker. See the high-minded sports scribe Barnes, for example, insisting that he is in favour of high-risk sports in our increasingly risk-averse culture, then drawing a contrast between vulgar, brutish boxing and the risky sport of eventing – essentially posh people riding horses around lovely countryside – which he calls, with no hint of self-awareness, ‘the finest sport of all’.

It is a sign of the times that even some defenders of boxing now tend to pose their arguments in terms of safety. Former champion Chris Eubank Snr, whose son and namesake beat the stricken Blackwell in that recent fight and who himself won a 1991 title bout that left Michael Watson brain-damaged, says that ‘boxing should not be banned for one reason – it would go underground and then there would be far, far more incidents of danger to fighters’. No doubt that is true, as far as it goes. But there are surely other, more positive, reasons for not banning the ‘noble art’ than suggesting that, like drugs, boxing would be more dangerous if it were banned and left to criminals to regulate.

Those banging on about how boxing is ‘barbaric’ with ‘no place in a civilised society’ only confirm that they know as little about it as boxers know about show-jumping (the difference being that fight fans are not trying to ban their fun).

‘Barbaric’ means, of course, primitive and unsophisticated. Yet the origins of the sport of boxing lie in the classical civilisations of Ancient Greece and Rome, and its modern organised form was born in Britain’s Age of Enlightenment.

There are many references to boxing as a noble part of the ancient games in the epic writings of Homer and Virgil. The civilised Greeks and Romans were under few illusions about the brutality of the real sporting contest. See the broken nose and battered brow of the fourth century BC sculpture by Apollonius, ‘The Pugilist at Rest’, or the scathing boxing-based epigrams by Lucilius, for example: ‘When Ulysses after 20 years came safe to his home, Argos the dog recognised his appearance when he saw him; but you, Stratophon, after boxing for four hours, have become not only unrecognisable to dogs but to the city. If you will trouble to look at your face in the glass, you will say on your oath, “I am not Stratophon”.’

The ‘golden age’ of English boxing dawned in the 18th century, when the country pastime of bare-knuckle fighting was taken up, sponsored, wagered on and organised by the new bourgeoisie in the burgeoning cities of the Georgian era. As Kasia Broddy’s Boxing: A Cultural History has it, ‘The great Enlightenment project of systemisation and law-making thus extended to pugilism, with the first written rules of prize-fighting published under [former Thames waterman and champion boxer John] Broughton’s name in 1743’.

By the end of the 18th century boxing was seen as an important reflection of the ‘hardy’ British character, contrasted with the cowardly fencing-obsessed French. The radical reformer and writer William Cobbett believed boxing could stave off ‘national degradation’.

Enlightenment-era writers often depicted boxing as a virtuous sport symbolising courage and ‘fair play’ (since all could fight on equal terms). In his classic novel Tom Jones, Henry Fielding has his hero indulge in various bouts of fisticuffs. Far from denigrating boxing as barbaric violence, Fielding half-humorously posits it as a positive alternative to the organised bloody violence of the 18th-century battlefield. As Tom bends to assist his knocked-out opponent, the author writes that, ‘Here we cannot suppress a pious wish that all quarrels were to be settled by those weapons only, with which Nature, knowing what is proper for us, hath supplied us; and that cold iron was to be used in digging no bowels, but those of the earth. Then would war, the pastime of monarchs, be almost inoffensive…’

To those who suggest that our civilisation has moved on since the times of the Ancient Greeks or the Georgians, we can concede that it has indeed. Which is why boxers no longer fight with ‘sharp gloves’, lined with metal, as the Greeks sometimes did, or indeed bare-knuckled.

The origins of the word ‘barbaric’ lie in the Greek barbaros, meaning ‘foreign’. That is perhaps what our oh-so-civilised and educated critics really object to about boxing – that it is alien to their world. Isn’t it usually thought the hallmark of ignorance and backwardness to seek to ban or bowdlerise that which you do not understand?