The culture war on Christianity

The banning of the Lord’s Prayer ad shows traditional values are on their knees. 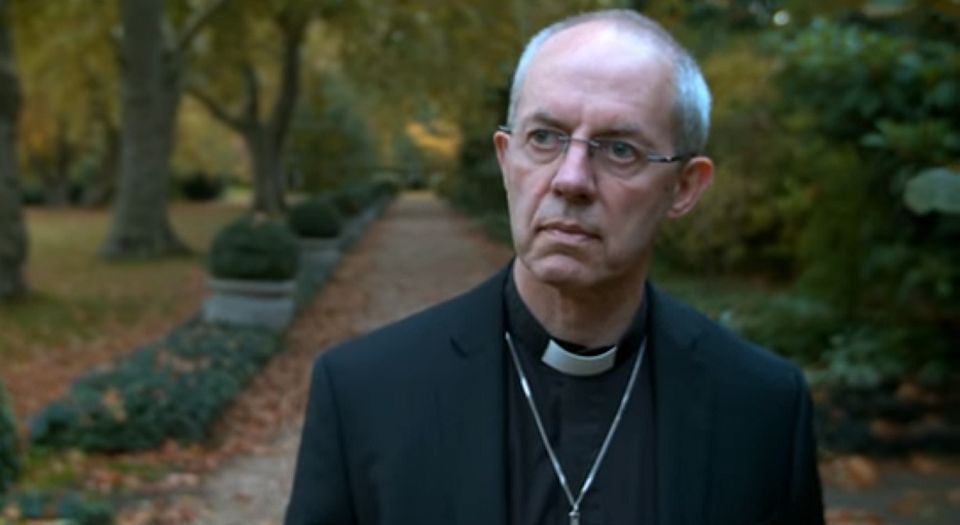 Some UK cinemas have been barred from showing an advert that features the Lord’s Prayer being recited or sung by people from different backgrounds. With the Christmas season approaching, you’d think this 60-second advert would be as timely and inoffensive as the ads for John Lewis, Sainsbury’s or Waitrose. But apparently not.

Digital Cinema Media (DCM), which handles British film advertising for the major cinema chains Odeon, Cineworld and Vue, refused to distribute the ad because it thought it might upset or offend audiences. DCM says it has a policy of not accepting political or religious content: ‘Some advertisements – unintentionally or otherwise – could cause offence to those of differing political persuasions, as well as to those of differing faiths and indeed of no faith. In this regard, DCM treats all political or religious beliefs equally.’

So there you have it. While it is okay to feature ads with a Christmas theme at this time of year, it is offensive to link Christmas with the Christian faith lest that offend members of other faiths or followers of Richard Dawkins. We’ve been here before. Who can forget when Cliff Richard’s ‘Millennium Prayer’ was banned by radio stations 16 years ago, for being ‘controversial’? The desire to clamp down on displays of Christianity is fast becoming as ‘seasonal’ as mince pies, turkey dinners and holly.

It begs the question: why are some taking it upon themselves to act on behalf of the supposed ‘easily offended’ sections of society? What gives them the authority to speak for religious minorities and secularists alike? Christmas may not be linked to other faiths’ religious calendars, but it has long been recognised as a universal event with universal appeal. Indeed, secularists and followers of non-Christian faiths will often join in with Christmas celebrations without finding it offensive. Faith leaders of other religions often insist that they don’t find displays of Christian worship offensive, and get irritated when others do so on their behalf.

DCM may well have been motivated by a genuine fear of causing offence. A climate of self-censorship is growing, and many institutions now seek to pre-empt Twitterstorms and cries of ‘That’s offensive!’ by simply not saying or showing certain things. Today, almost anything that is either a bit edgy or old-fashioned can cause outrage. But the fact that the ad was related to Christianity is significant. Indeed, it demonstrates how far British society has distanced itself from what remains the nation’s official religion.

Officialdom in the West seems increasingly uncomfortable with Christian religious values. Where possible, it will take legal action against expressions of them, thus encouraging their stigmatisation in public life. The forcing through of same-sex marriage across the West is a prime example. The Christian definition of marriage has been hijacked and forcibly rewritten by the state. Many progressives and liberals deem this a positive development, a rejection of the repressive moral codes of Christianity. However, although many traditional values are reactionary and problematic, clamping down on them has also had the effect of damaging universal values. Indeed, the same-sex marriage campaign can be seen as a betrayal of secular values, of the separation of church and state and of religious freedom. Here, the state is creeping into the church and imposing its moral universe on Christians, and chipping away at everyone’s rights in the process.

We live in topsy-turvy times. Religious beliefs that were once considered central to Western society’s values are now being cleansed from public life. But this is not simply the product of society moving on from its past beliefs. The estrangement of European elites from Christianity is symptomatic of a broader Western self-loathing and rejection of universal values. As its press statement demonstrated, DCM’s rejection of the ad sprung from a relativistic refusal to show any political or religious values at all. Again, this resonates with many so-called progressives, who think that one set of beliefs should not be seen as the standard against which others should be measured. The fact that, in the past, the promotion of mainstream beliefs often entailed persecuting other, dissident belief systems has led many to embrace relativism. Yet while the descent into a non-judgemental form of cultural pluralism may seem progressive, fair and open-minded, it is actually a rejection of universal truth; it is an abandonment of the search for standards that can lay the basis for social solidarity and a progressive, human society.

Official and non-official disapproval of religious values has also taken on a therapeutic character. DCM’s justification for banning the Lord’s Prayer ad was that merely expressing religious beliefs in a public environment has the potential to be upsetting. From this perspective, the very process of transmitting strongly held beliefs is presented as damaging to others. This isn’t the only example, either. In May, a UK judge ruled that a mother who was a Jehovah’s Witness was causing ‘emotional harm’ to her seven-year-old son by ‘immersing’ him in her faith. The boy was subsequently taken into care. Many in a position of power and authority now act as if society should be one big Safe Space, free from beliefs, ideas and values that may irritate, annoy or anger some individuals.

The offence-seeking climate around the expression of religious beliefs is symptomatic of a deep uncertainty about what Western society now stands for. This desire not to offend anyone, to see the expression of religious beliefs as a kind of imposition on others, reflects the hollowing-out of public life. Far from creating a mutually tolerant and pluralistic society, the tendency to vandalise Western tradition has only made British society appear weak and bereft of conviction. No one seems able to articulate the ‘British values’ that young people are supposed to be socialised into today. What do we stand for now — a rejection of all beliefs and values? Are Western values now based on being as inoffensive as possible?

The banning of the Lord’s Prayer ad may seem like a minor story, but it exposes how bereft of meaning and purpose Western societies have become. The tragedy is that this uncertainty only acts as an invitation for anti-Western Islamists to pose their ideology as the principled alternative to that of decadent, hollow Europe. A nominally Christian country in which some people deem that a 60-second advert featuring the Lord’s Prayer is ‘offensive’ has surely lost the plot.

Neil Davenport is a writer and educationalist based in London.