Iran has a right to have nuclear weapons

There's nothing moral about telling other states what weapons they may have. 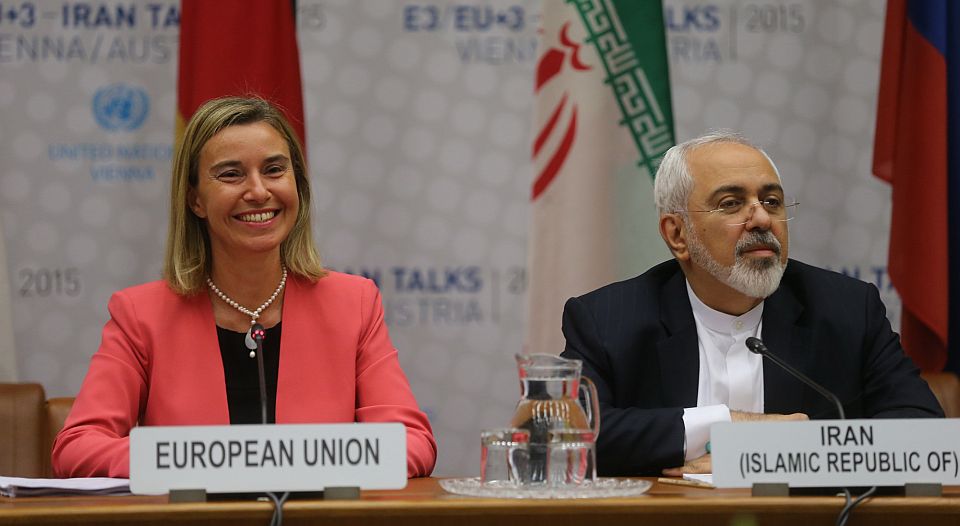 Last week, an astonishing deal was struck in Vienna after two years of torturous negotiations. Iran and the so-called P5+1 group of states (Russia, China, the US, Britain, France and Germany) agreed that Iran would curtail its nuclear programme in return for the lifting of Western sanctions.

Iran has consistently argued that its nuclear programme is for energy purposes only, permitted under the terms of the Treaty on the Non-Proliferation of Nuclear Weapons (NPT). But the US and Europe have argued that Iran has sought to develop nuclear weapons, is therefore in breach of the NPT, and thus legitimately subject to the full weight of international punishments.

Debate has been raging over the deal, and the impact it will have on oil prices, regional powers, regional stability, global stability, the war in Syria and so on. All of these are important subjects that should be understood and discussed. However, what has hardly been discussed is the fundamental principle at stake here – the right to have nuclear weapons. Regardless of what the Iranian nuclear programme has been for, Iran has as much of a right to have nuclear weapons as Britain or the US, both in terms of the principles of the NPT and the justness of the underlying international order that produced it.

In the 2000s, the pace of the dispute quickened with intense scrutiny placed on Iran by the US, Israel and Saudi Arabia, alongside revelations of a new enrichment plant at Qom and scaremongering reports from the International Atomic Energy Agency (IAEA). While reports from US intelligence agencies and Mossad have largely agreed that Iran was, in fact, pursing nuclear energy only, several rounds of punitive sanctions have been put in place over the past decade regardless.

The current deal means that, in return for very intrusive monitoring and a huge reduction in nuclear activity, crippling sanctions on Iran will (eventually) be lifted, and billions of dollars’ worth of Iranian assets held overseas will be unfrozen. The agreement, however, is not sealed just yet; it must pass through the US Congress, although President Obama has pledged that he will use presidential veto powers to overturn any attempts to block the deal. The Iranian parliament must debate the deal, too, but the signs are positive, with the Ayatollah Ali Khamenei (Iran’s supreme leader) already offering his support.

Nuclear weapons are primarily governed by the NPT. The NPT came into force in 1970. At the time, there were five nuclear world powers, which were the five permanent members of the UN Security Council: the US, Britain, Russia, France and China. The first three nuclear powers were those states permitted under the terms of the treaty to possess nuclear weapons. China, at the time, did not sign up to the NPT, arguing that it was discriminatory. France also did not sign at first, but stated that it would behave as if it had signed. Both China and France eventually signed in 1992. Today, these remain the five states that are officially permitted to have nuclear weapons under the terms of the treaty.

Currently 191 UN member states are signatories to the NPT, with the notable exceptions of India, Pakistan and Israel. The five permanent members of the UN Security Council remain the five ‘official’ nuclear powers, while the three non-signatories mentioned are also nuclear powers with the full support of the five official members. It is widely thought that North Korea has some nuclear capability, but its nuclear capabilities are not supported.

There are three parts to the NPT, commonly known as ‘pillars’, that the signatories have pledged to. Firstly, that the five official nuclear powers agree not to transfer nuclear weapons or technology to other states. Secondly, that states have a right to develop nuclear energy. And finally, a pledge to work towards full nuclear disarmament.

The common criticism of the NPT is that it enforces a particularly unjust order of nuclear ‘haves’ and ‘have-nots’ – that it is a statement of power rather than a fair international treaty. This point is entirely correct and needs restating today in the context of the brutal and unjust sanctions that have been imposed on Iran. The NPT list of nuclear ‘haves’ are, of course, simply those states that managed to develop nuclear weapons first. There is nothing intrinsically moral or right about the limitation of nuclear weapons to these five states. Indeed, the NPT reflects the broader postwar international order, as governed by the UN Security Council, that sets up powerful nations to police the affairs of others.

However, even in its own terms, the NPT has lost any moral authority it might have had; it has been revealed to be nothing more than a nakedly political treaty in which the great powers designate who has rights and who does not. Indeed, the existing nuclear powers have entirely neglected their end of the bargain, which is to work towards disarmament. Moreover, and just as importantly, the five official nuclear powers have openly breached the first and perhaps primary aim of the NPT – to limit nuclear proliferation. India and Pakistan are openly nuclear states. Of course, they are not signatories to the NPT, but these two states have developed their nuclear arsenals with the full support of the official nuclear powers. Israel has not declared that it has nuclear weapons, but it is well known that it does. This, too, has happened with the full support of the official nuclear powers.

The Iranian people have had what amounts to collective punishment imposed upon them, while India, Pakistan and Israel have received the blessing of the UN Security Council. There is nothing moral or just about this situation. There is no justification for limiting nuclear weapons to the five states that managed to get them first, nor, given the non-compliance of the official five to the key parts of the NPT, can it be claimed anymore that this treaty retains any legitimacy.