The Pluto Flyby is a shining example of our unquenchable desire to discover. 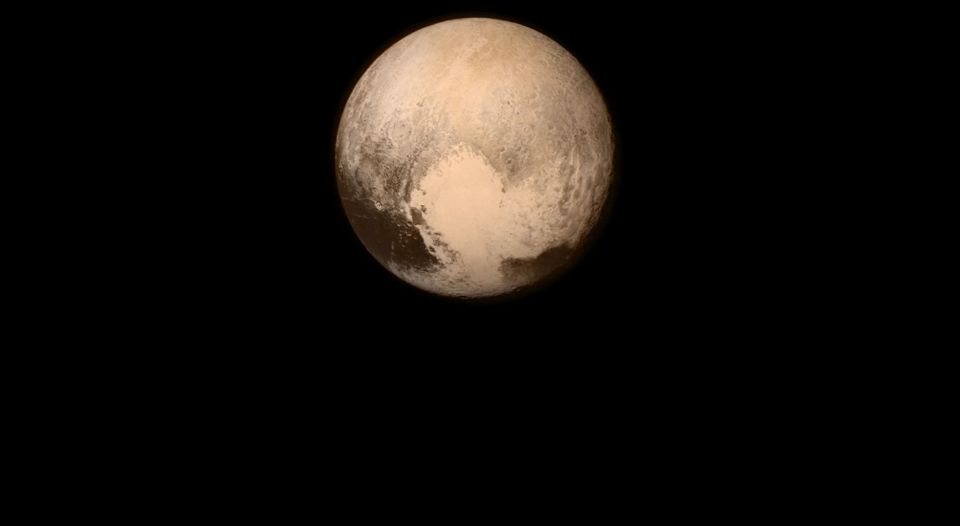 This is a historic day for humanity. Almost five billion kilometres away from Earth, NASA’s New Horizons probe has completed its pass of Pluto, the dwarf planet at the outer-reaches of our solar system.

The Pluto Flyby, the point at which the probe passed just 12,500 kilometres from the surface of Pluto, marks the completion of a 50-year journey for human endeavour. On 14 July 1965, NASA’s Mars probe Mariner 4 became the first spacecraft ever to observe another planet in close proximity. Eight planets later, New Horizons is currently taking photographs, mapping the landscape, assessing the atmosphere and measuring the density and composition of Pluto and its moons.

Pluto, which was downgraded to dwarf-planet status seven months after New Horizons launched, is the gateway between the planetary solar system as we know it and the Kuiper Belt, a huge ring of dwarf planets and smaller bodies that are the remnants of our solar system’s formation. As the piano-sized probe heads away from Pluto, and further into the Kuiper Belt, we finish one chapter and begin another.

New Horizons represents a remarkable technological achievement. Since setting off from Cape Canaveral, Florida, on 19 January 2006, it has been travelling at a blistering 30,000 miles per hour. Heading to Pluto via Jupiter, giving it a gravity boost that shaved years off its journey, the precision needed to complete the flyby was staggering. In order to be in position for the pass, New Horizons had to travel through a ‘keyhole’, 100km by 150km in size, and arrive in position within a margin of 100 seconds. If it hadn’t, its instruments, cameras and sensors would have been trained on empty space. All this running on about as much power as two 100-watt lightbulbs.

The data sent back from the probe has already had scientists salivating. Alan Stern, the mission’s principal investigator, says Pluto is larger than first thought, measuring approximately 2,370km in diameter – about two-thirds the size of our moon. The surface of Pluto is also smoother than first anticipated, while its largest moon, Charon, is peppered with craters and a chasm larger and deeper than the Grand Canyon.

As products of the Kuiper Belt, off-cuts from the formation of the other eight planets, their geological make-up will offer scientists huge insights into the history of our solar system. This is only the tip of the iceberg. In order to focus its power on the job at hand, New Horizon‘s communications with Earth were cut during the pass – only in the coming days, weeks and months will the data and images be properly received and analysed.

The flyby is, as Stern put it, a ‘gift to all mankind’, but not purely because of the hard facts it will produce. While it was an unmanned probe, its tête-à-tête with Pluto was a human encounter, too. High-res photos of the speckled, light-brown world, complete with a heart-shaped sweep across its side, were received on Monday and released by NASA as New Horizons made its pass. Up to now, the best image we had of Pluto was a blurry smudge, captured by the Hubble Telescope. Now, for the first time, we are able to see Pluto, witness it, and marvel at the ingenuity that has brought us all so close.

The inspiring discoveries of New Horizons are unfurling against a strange political and moral backdrop. Today, there is constant doom-laden prattle about the wasteful vainglory of space exploration; sneering at developing cultures like China and India daring to travel to the moon; and a general sentiment that wasteful, toxic humanity will only poison the universe as it has its home. But moments such as this can only stun the Malthusians, the misanthropes and the downright moaners into silence.

The Pluto Flyby reminds us of the tenacity of the human spirit: our refusal to be bound by nature, on our planet or beyond, and our unquenchable desire to expand the horizons of human knowledge and discovery. The probe and the intrepid scientists who set it on its way are the living embodiment of that old Enlightenment dictum ‘dare to know’. Here’s to a humanity that is always in search of new horizons.