After the election: beware the politics of generationalism

Why Boomer-blaming is a very bad idea. 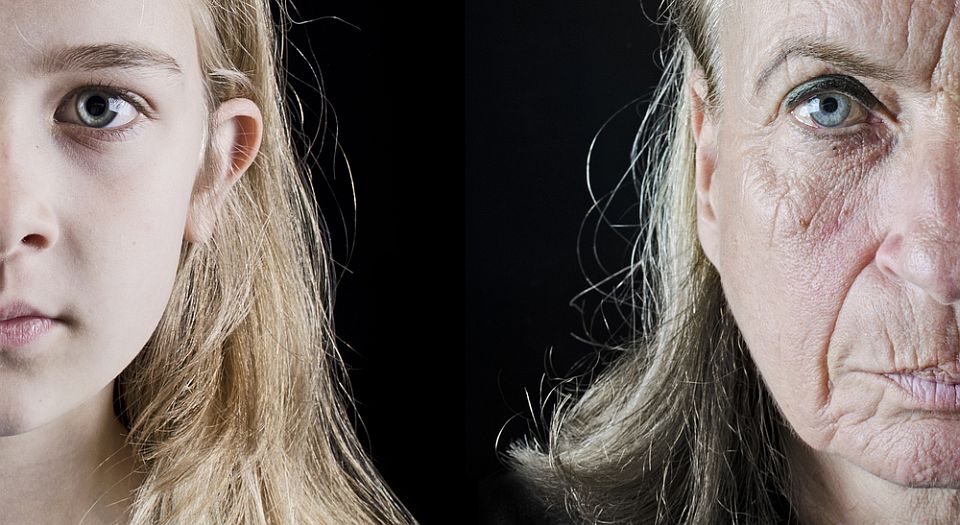 At the beginning of May, then Labour leader Ed ‘Moses’ Miliband unveiled six General Election pledges inscribed on a giant stone tablet. ‘These six pledges are now carved in stone, and they are carved in stone because they won’t be abandoned after the General Election’, Miliband intoned, six days before his party was swept away by the flood.

While I cringed along with everyone else at Miliband’s hubris, what most intrigued me about the ‘Ed Stone’ was the content of these six pledges – in particular, pledge five, which promised Labour voters ‘a country where the next generation can do better than the last’. This pledge seemed simultaneously banal and inflammatory. In any society that considers itself progressive, or even vaguely dynamic, of course people want life for their kids to be better. But making the generation question so central to political pledge-making presumes a conflict between the older generations, who had it quite good, and the younger ones, who can only hope for better.

The other political parties sang from the same hymn sheet. The Conservative Party manifesto used the term ‘young people’ 20 times, and UK prime minister David Cameron out-yawned pledge five with his own ‘five-point guarantee for young people’. ‘If you’re young, want to work hard and want to get on, the Conservative Party is the party for you’, said Cameron. ‘If you put in, you’ll get out. If you want to work hard and make something of yourself, whether it’s through our apprenticeship programme, abolishing the jobs tax on young people, our income-tax cuts or “help to buy”, we are the party of the first chance – the first job, the first pay cheque, the first home; the party of every young person who wants to get on in life.’

‘Bliss was it in that dawn to be alive, / But to be young was very heaven!’, wrote William Wordsworth of the French Revolution. For the kids of today, Nirvana is presented as a mortgage on a starter home, secured against an aggrieved sense that, back in the day, ‘they’ had it better than ‘us’.

Boomer-blaming and the ‘social contract’

As the self-conscious appeal to generations in the 2015 General Election showed, ‘generationalism’ – the term used by the historian Robert Wohl to denote ‘the systematic appeal to the concept of generation in narrating the social and political’ – has today become a mainstream feature of contemporary political discourse.

This is commonly articulated through the claim that the Baby Boomer generation – usually described as the cohort born in the 20 years immediately after the end of the Second World War – reaped all the benefits of an economic and cultural boom and, consequently, wrecked the future for its kids. Boomers ‘had it all’, allegedly – and we (that is, anyone born immediately after the Boomers, but especially young people) have been suffering for it ever since.

Several articles on spiked have critiqued this one-sided claim. My own study of the way in which the narrative of ‘Boomer blaming’ has developed over the last quarter century reveals that a lot of (often contradictory) nonsense is talked about the characteristics and experiences of the Boomer generation. Much of the time, critics aren’t really talking about the Boomers at all – they are either airing a gripe about the legacy of the ‘permissive Sixties’, or trying to come to terms with the disintegration of the welfare state.

But despite the nonsense, this narrative of generationalism is taking us to a deeply divisive place, where no progressive politician should want to go.

In his influential 2010 book, The Pinch: How the Baby Boomers Took Their Children’s Future – and Why They Should Give It Back, David Willetts – then minister of state for universities and science – argued that ‘we are not attaching sufficient value to the claims of future generations’. He continued: ‘This is partly because a big disruptive generation of Baby Boomers has weakened many of the ties between the generations. But it is also an intellectual failure: we have not got a clear way of thinking about the rights of future generations. We are allowing one very big generation to break the intergenerational contract because we do not fully understand it. This is where politics comes in.’

Willetts’ central argument around the ‘intergenerational contract’ is a slightly more sophisticated version of the main whinge about the Baby Boomers – that this generation lived for itself and for the moment, racking up a huge national debt and discarding its wider responsibilities for family and community. In making this claim, Willetts draws on Edmund Burke’s discussion of the social contract, which was written in response to the French Revolution – Burke clearly did not think that ‘Bliss was it in that dawn to be alive’. ‘Society is indeed a contract’, wrote Burke: ‘It is a partnership in all science; a partnership in all art; a partnership in every virtue, and in all perfection. As the ends of such a partnership cannot be obtained in many generations, it becomes a partnership not only between those who are living, but between those who are living, those who are dead, and those who are yet to be born.’

For Burke, the disruption of the traditional order brought about by the French Revolution was horrific. In bringing the individual to the fore, it shattered the relations of deference and authority, that were bound up with the monarchy and the aristocracy, and, by extension, all of the social ties that were based on people knowing their place within the community. He directed his appeal, not only to those who wanted to preserve the hierarchies of the past, but also to those concerned about society’s obligations to future generations. If the individual reigned, how were people to take their obligations seriously and preserve society for their young?

The Sixties – the epoch associated with the Baby Boomers – was no French Revolution. But the historian Arthur Marwick describes it as an era of ‘cultural revolution’, and it was certainly a time when many social conventions, political ideologies, traditional beliefs and assumed obligations were openly questioned.

The turmoil of the Sixties explains why it continues to loom large in the present-day imagination. For some, it features as a colourful, energetic fairytale; the last time things were remotely exciting. For others, the ‘Me Decade’ – as the brilliant American writer Tom Wolfe characterised the subsequent Seventies – represents a cautionary tale about what happens when people put themselves first.

The narrative of Boomer-blaming that has gained force over recent years has systematically critiqued the idea that the freedom and individualism associated with the Sixties was a good thing. Conservatives such as Willetts blame the postwar generation for the increase in public spending and the alleged demise of the family; those coming from the liberal left, such as Francis Beckett and Will Hutton, castigate the Boomers for failing to preserve the welfare state for their kids.

Baby Boomers have been getting it in the neck from across the political spectrum, for having been selfish, profligate, irresponsible and self-obsessed. Now, goes the argument, it is time to set the balance right – by organising politics, not around the needs and desires of people in the here and now, but according to ‘the rights of future generations’.

This all sounds fluffy enough, in a ‘the children are our future’ kind of way. In reality, it seeks to harness and shape young people’s (potential) grievances in order to pitch them against their elders. The politics of generationalism attacks the very intergenerational contract that Willetts and others claim to want to mend.

Why generationalism is bad for young people

‘As a first time voter, one thing struck me in particular, and that was the polarisation and patronisation of the electorate, and the damage this can do’, said Rhianna Voice, an A-level student from Staffordshire, when asked by the Huffington Post what she thought about the election result. Voice continued: ‘The polling booth is perhaps the only place where nothing can separate us – be it race, gender, age or sexuality – and that is what makes [voting] so great a privilege. By suggesting that any one group has its own particular issues, and insinuating, or outright advocating, that these should be considered in isolation to the electorate as a whole, we are harming our democracy.’

This young woman has intuitively grasped what all the politicians shamelessly chasing the ‘youth vote’ managed to get so badly wrong: that when it comes to politics, there is no such thing as a ‘youth issue’. Education, jobs, housing, healthcare, taxation, pensions and anything else that politicians might be concerned with are issues that affect young people just as much as everybody else – if not immediately now, then in relation to their families, and certainly in relation to their own future. As Arthur Marwick wryly noted back in 1970, ‘there is probably always one final sanction on the power of youth: the process of growing older’.

The assumption that young people who are thinking about voting can only be appealed to on the basis of their immediate circumstances is, as Voice said, deeply patronising. The idea that young people’s interests can be defined as narrowly as getting an apprenticeship or a mortgage is neither inspirational nor aspirational. It presents a fustily dull, and very un-youthful, vision of youth.

Above all, the attempt to characterise young people’s concerns in terms of intergenerational ‘fairness’ or ‘justice’ sets up a false conflict between young people and their elders, inviting young people to view themselves as disadvantaged, rather than simply young.

The generation coming of age today is starting out on life’s journey with a number of problems and challenges to deal with, as did all previous generations. Young people’s problems are different to those faced by previous generations, and many of them are certainly serious. But those young people who came of age during the French Revolution, who fought in the First or Second World War, or who experienced the world’s near ending with the Cuban Missile Crisis, did not experience the start to their adulthood as a feather bed. Nor did they want a feather bed, stuffed with handouts from their elders; they wanted the freedom to make a better life, in a better world.

‘In 2015 we are better than segregation and separation’, says Rhianna Voice. ‘We should surely be focusing on making the concerns of these groups those of the electorate in general, and until this happens we have a long way to go.’ In thinking about the problem of generations today, we should start by addressing the petty divisiveness of generationalism as a way of doing politics. The Baby Boomers did not ‘take’ their children’s future – that future has only just begun.

Jennie Bristow is a lecturer in sociology at Canterbury Christ Church University and an associate of the Centre for Parenting Culture Studies at the University of Kent. Her new book, Baby Boomers and Generational Conflict, is published by Palgrave Macmillan.