We shouldn’t demonise or infantilise African migrants. We should welcome them. 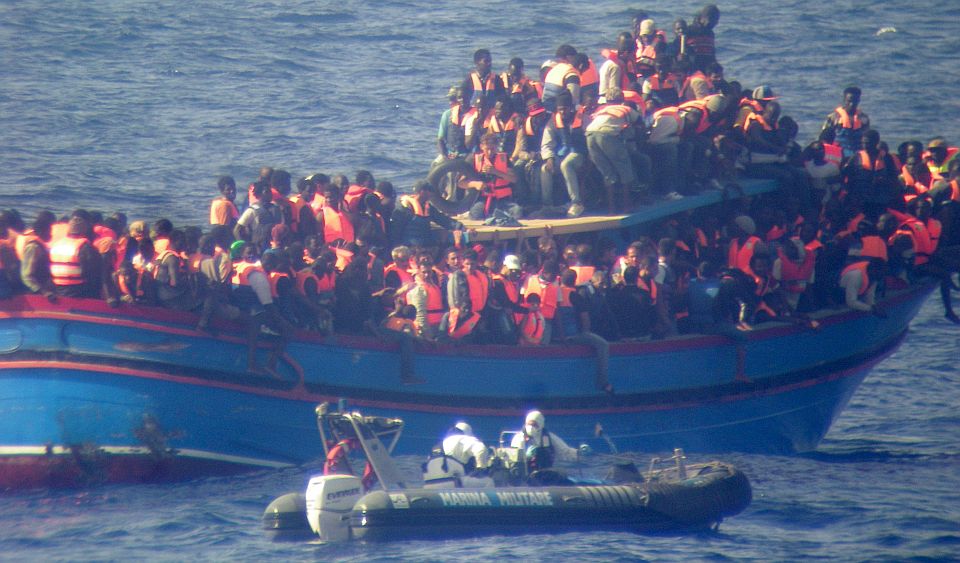 Following a week in which an eye-watering 1,000 migrants are thought to have perished in the Mediterranean, European officials and observers are frantically asking ‘What can be done?’, as if it’s a difficult question. But it isn’t. If you want to stop these terrible deaths at sea, there’s a simple solution: liberalise Europe’s approach to immigration; be as open as possible to the arrival of these budding workers and aspiring citizens from Africa and the Middle East. That is what can be done, and must be done.

Following the drowning of 400 migrants last week after their boat from Libya capsized, and the deaths of 700 more at the weekend, even politicians and commentators who normally turn a blind eye to this mayhem in the Mediterranean have had to address it. But their explanations for the drownings, and their solutions for preventing future deaths, leave much to be desired. Some pin the blame on what British PM David Cameron called the ‘appalling human traffickers’, those chancers who charge migrants a fortune for the trek and boat-trip to Europe. More liberal-leaning observers claim it was Europe’s cutting-back on rescue missions in the Med which contributed to the recent heightened death toll. ‘Stop the traffickers!’, says Cameron; ‘Restart the rescue!’, say people who are critical of Cameron. Both ignore the underlying problem, the thing that empowers the traffickers in the first place and which makes rescue missions necessary: Europe’s erection of a foreigner-deflecting forcefield around its shores. Unable, or unwilling, to criticise Fortress Europe, the political class instead obsesses over its symptoms.

Over the past two decades, thousands of non-European migrants have died as a consequence of Fortress Europe, of the EU’s seafaring policing of all immigration from Africa and Asia. Between 1993 and the end of 2012, there were 17,306 deaths of non-European migrants either during their journey to Europe or while in jail after they arrived. Some froze to death while stowed away in planes; others fell from the bottom of high-speed trains they were clinging to; many drowned off the coast of Italy. This grim death toll has risen enormously since 2012: hundreds more have drowned, most notably on boats from Libya, that place Cameron and Co said they had liberated and prevented from becoming a ‘failed pariah state festering on Europe’s southern border’. In truth, Cameron’s war turned Libya into a deeply divided post-state, in which an incredible third of the population have fled, mainly to Tunisia. Those who try to flee to Europe — into the arms of their supposed liberators — risk death or arrest.

This week, European officials will meet to discuss the migrant crisis, and, if Cameron’s comments are anything to go by, their focus will be on increasing rescue missions while clamping down on ‘the terrible people-traffickers’ who are apparently ‘at the heart of this problem’. This is perverse. The traffickers who, for a hefty price, give migrants a risky passage to Europe are only parasitical on the true heart of the problem, which is the closure of Europe to most non-European migrants. As an Italian commentator said following the deaths of more than 200 people off the coast of Italy in October 2013: ‘What brings thousands of people to trust criminals, pay them 10 times more than they would pay for a comfortable seat on a ferry or airplane, and risk their lives? The overarching answer, in its brutal obviousness, is that they may not legally get on those planes and ferries.’

On the other side of the political spectrum, among left-leaning observers and NGOs like Save the Children, it’s argued that it was the winding-down of sea-rescue missions that made the Mediterranean so dangerous. At the end of last year, the EU-backed, Italian-run rescue mission known as Mare Nostrum was scaled back and replaced by Triton, a smaller border patrol directly overseen by the EU, and apparently this is the problem: #RestartTheRescue goes the hashtag.

But this also makes no sense. Hundreds were drowning in the Med even when these so-called rescue missions were up and running. ‘So called’ because in fact many of the rescue missions now so nostalgically recalled by liberal observers were in fact border-policing operations. Alongside Italian navy forces, Frontex, the vast organisation that oversees EU member states’ collective efforts to police Europe’s external borders, carried out ‘rescue missions’ that were in fact policing in disguise, designed to be a deterrent to those aspiring to come to Europe. As a collection of pro-immigration NGOs complained in 2008, ‘much of the rescue work by Frontex is in fact incidental to [its] deterrence campaign’, a deterrence campaign that was ‘so broad [and] so undiscriminating’ that often Frontex simply forced migrant boats back to their country of departure. These rescue missions were less about saving migrants than they were about saving Europe from migrants. Many boats got into trouble precisely while trying to avoid these ‘rescues’.

Yet now, liberal observers say #RestartTheRescues, or #DontLetThemDrown. That’s it? Don’t let them drown? Just as Cameron’s focus on wicked people-smugglers detracts attention from why migrants have to be smuggled — because they’re not allowed to enter Europe legally — so the other side’s call for better rescue services overlooks the bigger issue of why so many hundreds of people cram themselves on to unsafe boats to cross the Med. Both sides merely troubleshoot the consequences of a massive political problem they seem incapable of addressing: the existence of Fortress Europe.

What we have here is not a serious debate about border controls or free movement, but rather a clash between those who want to demonise migrants and those who want to infantilise them. On one side, right-leaning politicians, and a certain inflammatory newspaper columnist, depict either migrants or their facilitators as evil people. On the other side, NGOs and broadsheet observers treat them as victims, in need of rescue and some TLC from caring campaigners. Witness Save the Children’s obsessive focus on the children on these boats and the ‘emotional damage’ they may have suffered. This focus on the dependants gives the distinct impression that the migrants in general are a non-autonomous, helpless blob, and it allows Western liberals to imagine themselves in the role of saviour, rescuer of weak black people. As the photography expert Patricia Holland once said of the tendency of reporters in disaster zones to focus on children: ‘As the children in the image reveal their vulnerability, we long to protect them and provide for their needs.’ So it is in the discussion of the migrant crisis. If anything, liberals’ infantilisation of the migrants is worse than certain politicians’ demonisation of them, since the latter at least recognises that the migrants and their facilitators have some autonomy.

We shouldn’t demonise or infantilise these migrants. We should celebrate them for exercising their autonomy in very difficult circumstances and making a conscious decision to take a very risky journey to Europe. They want to come to this continent so badly that they’re willing to trek across deserts and sail across vast seas, and how do we repay their burning aspiration to join us? By criminalising them or patronising them, negating their desire for citizenship in a new world by treating them either as demons or infants, in need of punishment or parenting. That’s enough. We shouldn’t pity these migrants; we should admire them, for using guile, gumption and perseverance to come here. They’re precisely the kind of people sluggish Europe needs more of, an antidote to our students who can’t even clap without having a mental breakdown and our new generation who think that being told to ‘get on your bike’ to look for a job is tantamount to abuse. Let’s relax the borders and let them in to try their luck in our countries and see how they fare. If we do that, we’ll put the traffickers out of business, end the deaths in the Mediterranean, and, more importantly, do our part to enable the aspirations of human beings who have committed no crime other than wanting to realise their potential in our towns, our cities, alongside us.