Fifty years ago, the French philosopher exposed the Nobel Prize for what it is. 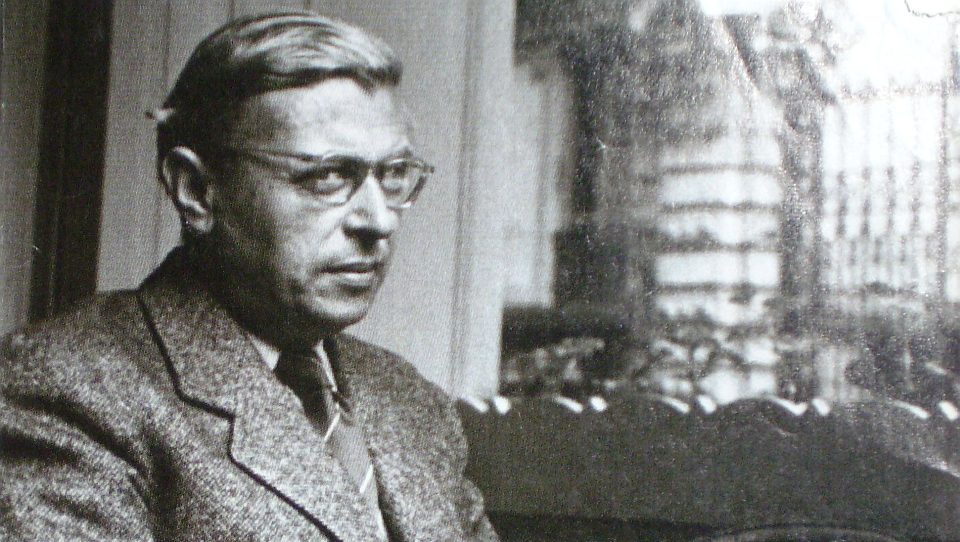 Fifty years ago, on 22 October 1964, the Nobel Prize for Literature was awarded to the French existentialist novelist and philosopher, Jean-Paul Sartre. But Sartre immediately, if very politely, refused the award. Sartre’s reasons are worth revisiting, especially given the way that such awards are used, and scrambled for, today.

Sartre wasn’t interested in creating a ‘scandal’. He wrote: ‘I was not aware at the time that the Nobel Prize is awarded without consulting the opinion of the recipient, and I believed there was time to prevent this from happening. But I now understand that when the Swedish Academy has made a decision it cannot subsequently revoke it.’ However, since the award had been made public, he clearly needed to provide some explanation. ‘I have always declined official honours. In 1945, after the war, when I was offered the Legion of Honour, I refused it, although I was sympathetic to the government. Similarly, I have never sought to enter the Collège de France, as several of my friends suggested.’

He continued: ‘This attitude is based on my conception of the writer’s enterprise. A writer who adopts political, social, or literary positions must act only with the means that are his own – that is, the written word. All the honours he may receive expose his readers to a pressure I do not consider desirable. If I sign myself “Jean-Paul Sartre” it is not the same thing as if I sign myself “Jean-Paul Sartre, Nobel Prizewinner”. The writer who accepts an honour of this kind involves as well as himself the association or institution which has honoured him. My sympathies for the Venezuelan revolutionists commit only myself, while if Jean-Paul Sartre the Nobel laureate champions the Venezuelan resistance, he also commits the entire Nobel Prize as an institution. The writer must therefore refuse to let himself be transformed into an institution, even if this occurs under the most honorable circumstances, as in the present case.’

But his reasons were not entirely personal, either. Sartre noted the way that the Nobel Prizes had become associated with the promotion of ‘Western’ values. The mere fact that someone was a great writer was not enough, it seems, to receive the gong. A writer also seemed to need to be on the ‘right’ side, particularly in the Cold War. Noting that other great authors had been ignored for this reason, he wrote: ‘I know that the Nobel Prize in itself is not a literary prize of the Western bloc, but it is what is made of it, and events may occur which are outside the province of the members of the Swedish Academy.’

The tendency for such big prizes to be a way of patting someone on the head for being on the ‘right side’, rather than a simple measure of a person’s contribution to a field, continues to this day, most obviously in the Nobel Peace Prize (the winner of which is chosen by a committee of the Norwegian parliament). For example, this year’s joint winner is Malala Yousafzai, the young Pakistani campaigner for girls’ and women’s rights. Whatever Malala’s fine personal qualities, she has been lauded in the West for embodying Western values. As Tara McCormack has previously noted on spiked: ‘Championing Malala allows Western politicians some easy moral grandstanding on the subject of Pakistan and the Taliban.’

Previous awards in recent years have been even more cringeworthy. The 2009 Peace Prize was awarded to Barack Obama, after just eight months in office as US president, before he had done anything of note – never mind his very unpeaceable actions in various foreign spheres since. Two years ago, the award was given to the European Union, which seemed rather odd for an institution that was enforcing austerity in a number of its member states and has since helped to precipitate the conflict in Ukraine.

Perhaps the most embarrassing recipients of all, however, were the Intergovernmental Panel on Climate Change (IPCC) and former the US vice president, Al Gore. Not only was this elitist self-congratulation from all concerned, but, since then, a number of leading IPCC figures have taken to claiming they are, personally, Nobel Prize winners – despite the Nobel trustees regularly asking them to desist. They are almost certainly trying to attach the prestige of the Nobel name – which does, perhaps, have a deserved cachet in other fields – to their own political agendas.

Sartre’s scepticism about such official awards was understandable. They do nothing to actually generate the scientific breakthroughs, artistic creations or peace-promoting actions they claim to. In reality, they serve to bolster the political outlooks of those who award them.