When nanny staters say ‘choice’, what they really mean is ‘less choice’. 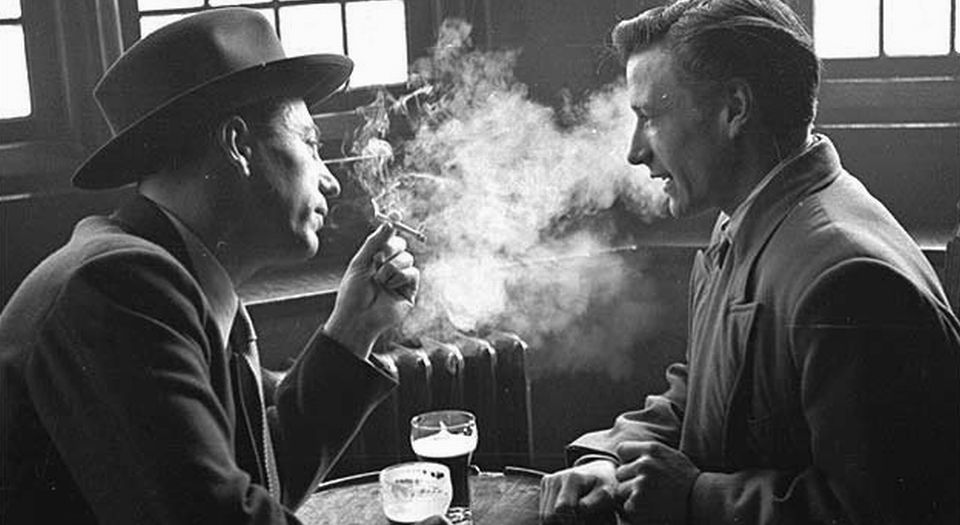 Nannies, nudgers and various other adherents to what the UK Labour Party calls ‘the politics of behaviour’ have done a lot of bad stuff in recent years. Their smoking ban hollowed out pub life. Their fearmongering about fatness did more than any fashion mag to convince young people that chubbiness is sinful and skinniness is next to Godliness. Their jihad against junk food in schools deprived today’s kids of some of childhood’s great pleasures: having a Mars bar in your blazer pocket and taking bites out of it in between scoring goals in the playground or sharing a fizzy strawberry lace as you natter about last night’s TV.

But even worse than all that has been the way this fun-allergic lobby has warped the meaning of the word choice. Almost singlehandedly they have transformed the c-word. They have turned ‘choice’ from something individuals do for themselves, using our free will and moral autonomy to decide on a course of action that we think is best suited to our lives, into something that is done for us, by others, and which we have to be guided towards. They talk about the ‘right choice’, the ‘informed choice’, the ‘healthy choice’, and about their determination to shove us donut-scoffing plebs towards that ‘choice’. They have turned choice utterly on its head: when they say ‘choice’, what they really mean is ‘less choice’.

Consider Lord Darzi’s proposals, published this week, for how to make London a healthier city. He wants mayor Boris Johnson to ban smoking in Trafalgar Square and other squares and parks; to ban the siting of junk-food shops near schools; and to give Oyster Card users a discount if they get off their lazy butts once in a while and walk part of the way to work. It is standard, soul-destroying lifestyle-policing fare. But what was most striking was Darzi’s insistence that through restricting certain forms of behaviour – smoking in public, buying chips near a school – he is boosting people’s ability to make a choice. He says he wants us all to make what he calls ‘the healthiest choice’, but that choice isn’t ‘always easy [or] obvious’, so we have to be assisted in the making of it. Labour’s Tessa Jowell also used the c-word in a super-weird way in her backing for Lord Darzi. ‘We need to make the healthier choice the easier choice for Londoners’, she said.

So let’s get this straight: restricting someone’s ability to choose whether he lights up a fag in Trafalgar Square is actually about improving his ability to make a choice? That public officials can propose the restriction of certain behaviours in one breath and then blather on about choice in the very next sums up how emptied of meaning the word choice has become. If they were serious about choice, they would say: ‘Smoke in Trafalgar Square, or don’t smoke in Trafalgar Square, it’s your choice.’ That would genuinely entail giving the citizen a choice – not a massive, meaningful, democracy-shaking choice, no, but a choice nonetheless: to smoke or not to smoke. By contrast, saying ‘We think you should be prevented through by-law from smoking in Trafalgar Sqaure or buying chicken wings within a hundred-metre radius of a school’ is an explicit negation of choice; it’s a pummelling of the autonomy involved in making a choice. It removes choice, it doesn’t enhance it.

This is doublespeak par excellence. Increasingly, when the politicians of behaviour say ‘helping citizens make a choice’, what they really mean is ‘limiting citizens’ ability to make a choice’. So the ever-growing nudge industry talks about overhauling society’s ‘choice architecture’ in order to make it easier for people to make the ‘right health choices’, by which it means putting pressure on us to do what it thinks is right. Smoking-ban supporters and those who want a price hike in booze talk about helping citizens make ‘informed choices’, by which they mean using law or financial pressure to force us to make the choice they think is best for us. They have made the choice – you shall not smoke here, or drink too much, or eat certain foods around schoolkids – and all that remains is for them to nudge or nag or legislate the rest of us towards that choice they have made about our lives. This is prescription, not choice.

We need to reclaim the word choice. Choice is a good thing, a wonderful thing. No, not because individuals will always make good choices; some of them will make very bad choices, including the choice to get blotto every day of the week or to smoke 100 cigarettes a day, which are hardly good things to do. But it is better for a citizen to make a bad choice using his own free will than it is for someone else to make a ‘good choice’ on his behalf and then elbow and berate him towards that ‘choice’. This is a point John Stuart Mill makes in On Liberty. He said that even though individuals ‘may not do the particular thing so well as the officers of government… it is nevertheless desirable that it should be done by them, rather than by the government, as a means to their own mental education – a mode of strengthening their active faculties, exercising their judgement, and giving them a familiar knowledge of the subjects with which they are thus left to deal’.

In short, the act of making a choice is good even if the choice one makes is bad, because it is through making a choice, through exercising our moral autonomy, that we learn, grow and become independent, fully human in fact. As Mill put it, ‘The human faculties of perception, judgement, discriminative feeling, mental activity, and even moral preference, are exercised only in making a choice’. If choices are made for us – by Lord Darzi or some other member of the informed-choice brigade – then we never get to exercise our moral muscles, far less determine our destinies. The idea that there is one choice – The Right Choice – is a contradiction in terms, and an Orwellian one at that, because choice is a conscious act carried out by an individual deciding what he should do, not a predetermined script foisted on society by those in the know. Choosing is good, even if the choice is bad, because choosing one’s path in life and learning from one’s mistakes is what being human is all about. The choice-warping politics of behaviour doesn’t only dull our fun – it diminishes our humanity.