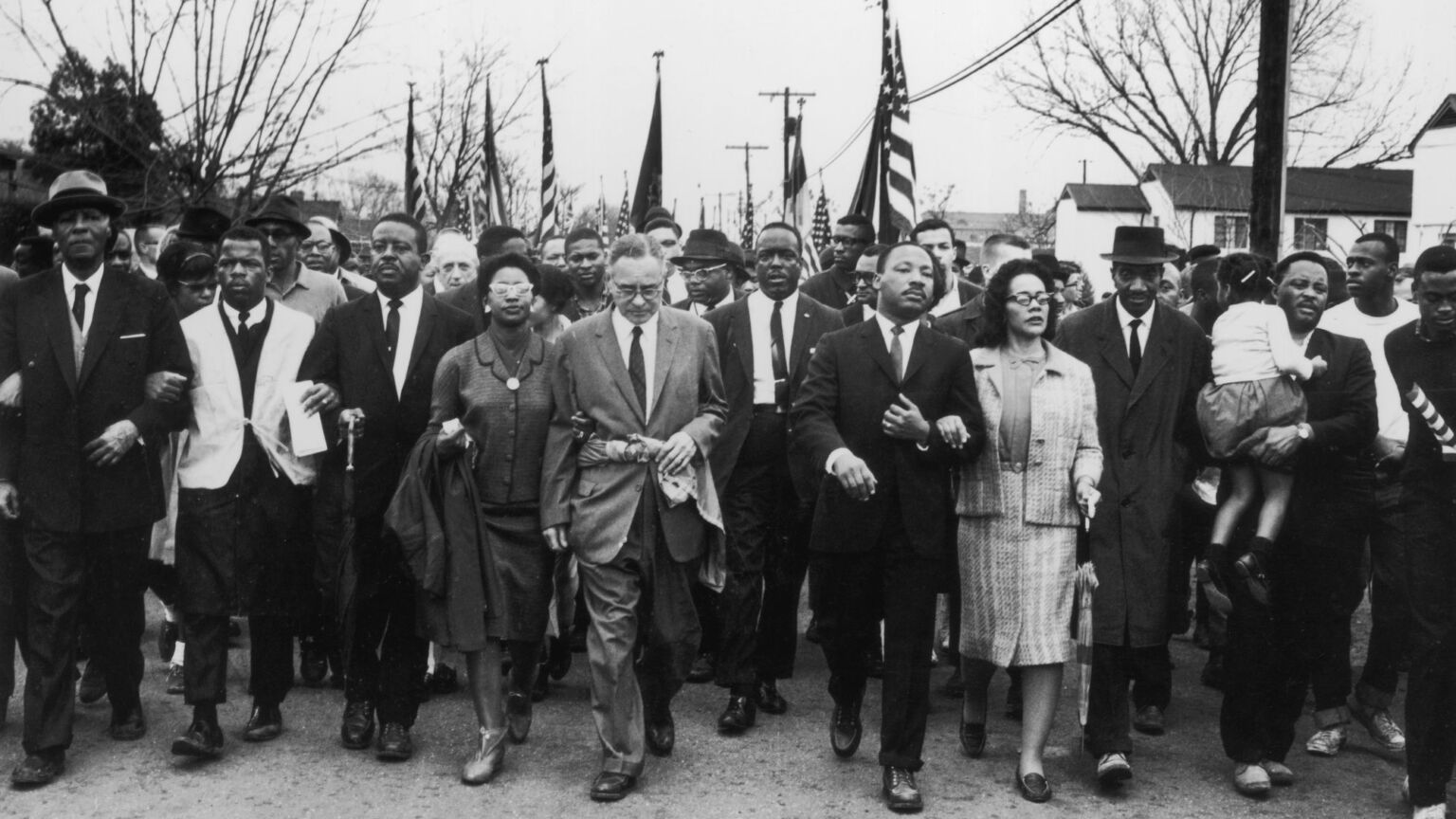 Every struggle for civil rights and equality has depended on freedom of speech.

In my experience, everyone supports the right to freedom of speech, as long as it’s their own speech or the speech of people they agree with. But most speech falls outside that category. Most people would ask: why support the right of people to say things you hate, or fear or that you regard as dangerous?

That’s an intuitively reasonable question. I like some of what some people say, am indifferent to a lot of what is said and think we’d all be better off if some of what is said was never said. I’d be happy if Kanye West never uttered another word. I’d be delighted if Donald Trump went silent.

In 1968, when the racist George Wallace, a Democratic governor of Alabama, was running as a third-party candidate for president of the United States, I defended his right to speak at a stadium owned by New York City, after the then mayor had banned him from using that platform. There was, at that time, no one whose speech I despised more than Wallace’s. I considered him, and his candidacy, a credible danger to the fundamental rights I was spending my life trying to protect. Nor was that a unique case. Many speakers whose right to speak I defended during my 34 years at the American Civil Liberties Union (ACLU) expressed views I disagreed with, some of which I thought were bigoted and dangerous.

So why did I do it? Why defend the right of people to express views when such people, if they gained the power to do so, would eliminate my views, and maybe eliminate me?

For me, the answer is strategic. I can never be certain who will have political power. I can never be certain that the only people who get elected will agree with me. I know – because it has happened many times – that people will gain political power who will, if they can, act to punish me or people I agree with, because of our views. So what I need is an insurance policy. I want insurance against the probability that people in power will suppress or punish me for my views.

None of these examples is fanciful. All of them have happened in America for most of our history. And to the extent that we have been able to limit or end such majoritarian abuses of power, it has been because of legal limits on majority rule. Those limits, in the US, are primarily set forth in amendments to our constitution, amendments which protect rights by limiting democratic power.

For example, the First Amendment protects the right to free speech and assembly by barring the government from abridging such rights. That is how I was able to stop the mayor of New York from banning George Wallace from speaking in 1968. Why did I do it? Because what if George Wallace had been elected? He had already been elected as governor of Alabama. He was trying to get elected as president (and he had considerable support). If he had gained political power, he would not have hesitated to suppress or punish my speech, or the speech of others I supported.

So I needed an insurance policy. I needed a legally supreme rule that barred him from curbing my speech in case he gained political power. And in order to do that, I needed to stop the then mayor of New York, a liberal whom I supported, from using his power to silence Wallace, a reactionary whom I feared. The two were linked because the antagonist of liberty is always power. And because power is fickle and unpredictable.

In a democracy, you can never know who will have power. So all power must be limited in order to protect liberty, including speech. That’s what liberty is: a legal limit on democratic power. The right to freedom of speech is guaranteed only by limiting the power of any government to abridge it. By defending George Wallace’s right to speak when he doesn’t have power, you insure against his curbing your right to speak should he gain power. 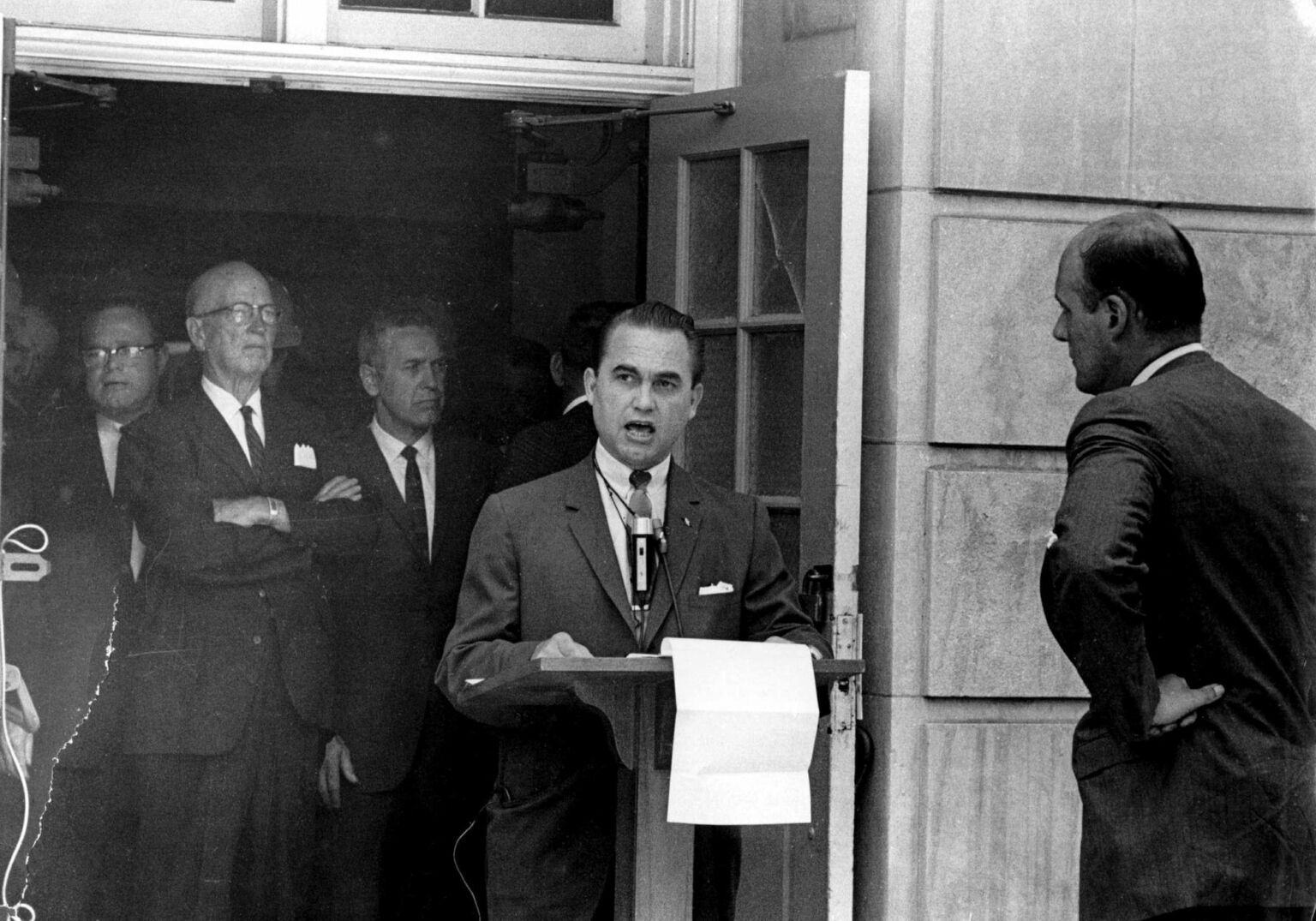 Governor George Wallace speaks at the University of Alabama in Tuscaloosa, publicly refusing to allow African-American students entry to the school despite a federal mandate, 11 June, 1963.

When the town of Skokie, Illinois tried in 1977 to ban a group of swastika-wearing neo-Nazis from demonstrating in their town, because their views were deeply offensive to the many Holocaust survivors who lived there, that ban seemed more than reasonable. What could be more offensive than people with swastikas parading near the homes of Holocaust survivors? Not much, in my view.

But my view isn’t the only view.

When Martin Luther King, Jr and his colleagues marched, white and black, hand in hand, in America’s deep South, the majority of residents there found King’s vision of an integrated society deeply offensive and tried, on that ground, to ban his speech.

Could the two cases have been separated, and decided differently? Consider this: those same neo-Nazi marchers in Skokie were also banned from demonstrating in a park in Chicago, along with rival demonstrators from the Martin Luther King, Jr Association, a civil-rights group. Both were banned, based on the same law. And both bans were struck down by the First Amendment, which bars the government from enforcing such a law. The rights of both groups were thus joined together, even as their goals were diametrically opposed.

That is the way speech rights work. But why should progressives care?

What progressives say they care about most is social justice. And for many progressives, free speech and social justice seem to be antagonists. How, they ask, does defending the right of people to advocate bigotry advance the cause of social justice? In their view, prohibiting speech because its content is bigoted or hateful would seem to advance social justice.

Such speech is a barrier to social justice, they say. Permitting it makes it harder to eradicate the layers of prejudice against women and people of colour that has resulted, and still results, in invidious discrimination and subjugation.

I certainly have no quarrel with the passion to end such discrimination and subjugation. I have spent most of my adult life fighting to do just that, and I believe that although much progress has been made, we are still far away from the day when we can declare that fight definitively won. So opposing the content of racist speech remains vital. But believing that, in order to advance social justice, it is necessary to give the government the power to ban speech is self-defeating. Giving the government this power harms social justice. That’s because, in practice, social justice depends on free speech, and always has.

Historically, in the United States, every fight for social justice began with free speech, depending on speech to initiate and sustain the movement to right wrongs. In the early years of the 20th century, for example, the nascent labour movement critically required (and did not often enjoy) the right to meet, to leaflet, to demonstrate and to picket in order to convert workers’ powerlessness into success against oppressive employers.

Also during the early 20th century, the movement to end the lynching of black people, led by courageous advocates like Ida B Wells, totally depended upon freedom of speech and the right to publish. Without these freedoms, it would not have been able to spread the word about the epidemic of lynchings in the South and to gather and build opposition to it.

Or take the case of Margaret Sanger, the founder of Planned Parenthood. In 1916, she was arrested in New York City nearly every week for distributing informational leaflets on birth control to women victimised and, yes, effectively enslaved by unwanted pregnancies. The beginning of the reproductive-rights movement required freedom of speech the way a new plant requires water and sunlight.

And of course, in our own time, the civil-rights movement could not have ended legalised racial subjugation without freedom of speech. The First Amendment protected the early efforts of activists to call attention to the abuses of skin-colour exclusions and build the support needed to end them. In 1955, for example, Rosa Parks sat down on a seat reserved for whites on a Montgomery, Alabama bus, and a then unknown young Baptist minister named Martin Luther King, Jr stood up to support her, by organising a boycott of those buses. None of that would have been possible without the protection of the First Amendment.

The same was true of the countless other demonstrations, sit-ins and marches during the years that followed. This included the march across the Selma bridge in Alabama that helped build support for the Voting Rights Act of 1965. That is why the hero of that march, John Lewis, was a fierce advocate for freedom of speech. As Lewis said: ‘Without freedom of speech and the right to dissent, the civil-rights movement would have been a bird without wings.’

And that’s also why Martin Luther King, Jr was such a strong supporter of the First Amendment. As one of his top lieutenants, Hosea Williams, explained to a national television audience, he supported the right of the Ku Klux Klan to march peacefully because, he said, if he allowed the government the discretion to ban the Klan in Atlanta on Monday, it would use that discretion to ban him and his efforts to register blacks to vote in rural Georgia the rest of the week and forever after. 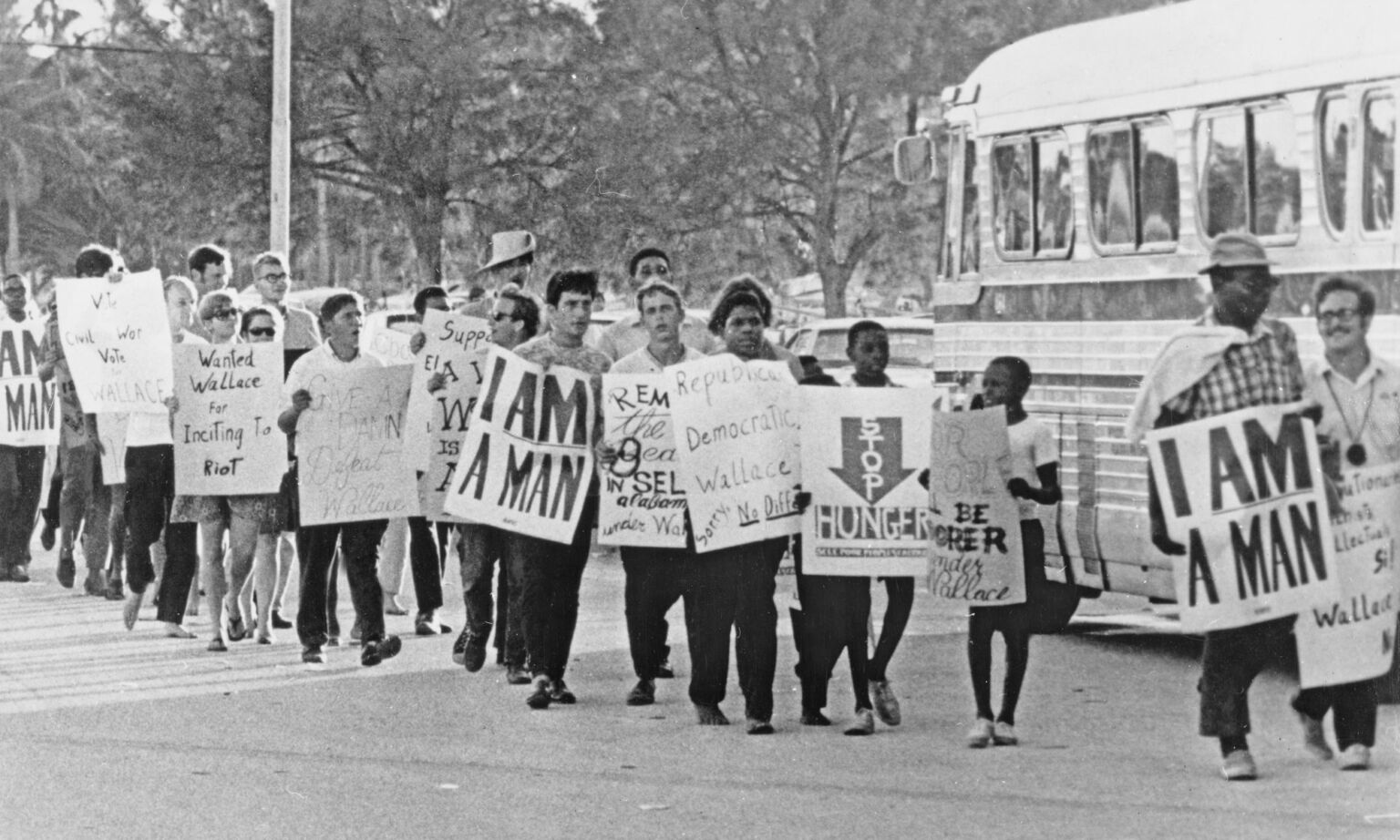 The first target of the government’s restriction of speech is never the last. And that’s the crucial point about First Amendment rights: if we allow the government the discretion to ban hateful speech, the only important question is who gets to decide what’s hateful. We can be sure it won’t be those who are oppressed, nor their advocates. It will be whoever has political power. And that will too often be people like Joe McCarthy, Richard Nixon, Rudy Giuliani and, yes, Donald Trump. Why would Black Lives Matter protesters want to entrust their speech rights to Donald Trump?

Speech restrictions are like poison gas: they seem like a good idea when you’ve got the gas and a deserving target in sight. But then the wind shifts and blows the gas back on you.

In 1974, in England, the National Union of Students succeeded in getting racist speech banned on university campuses. One of the groups supporting the ban was an organisation of Zionist students. In 1977, the NUS decided that Zionism was a form of racism, and banned Zionists from speaking on campuses.

The wind had shifted.

Unless you’re an autocrat, and confident of holding power forever, you don’t want the government having the power to decide whose speech to ban. Because sooner or later, it will be yours.

Ira Glasser was the executive director of the American Civil Liberties Union from 1978 to 2001.