How identity politics undermines the fight for abortion rights

After the fall of Roe v Wade, the pro-choice movement needs to get real. 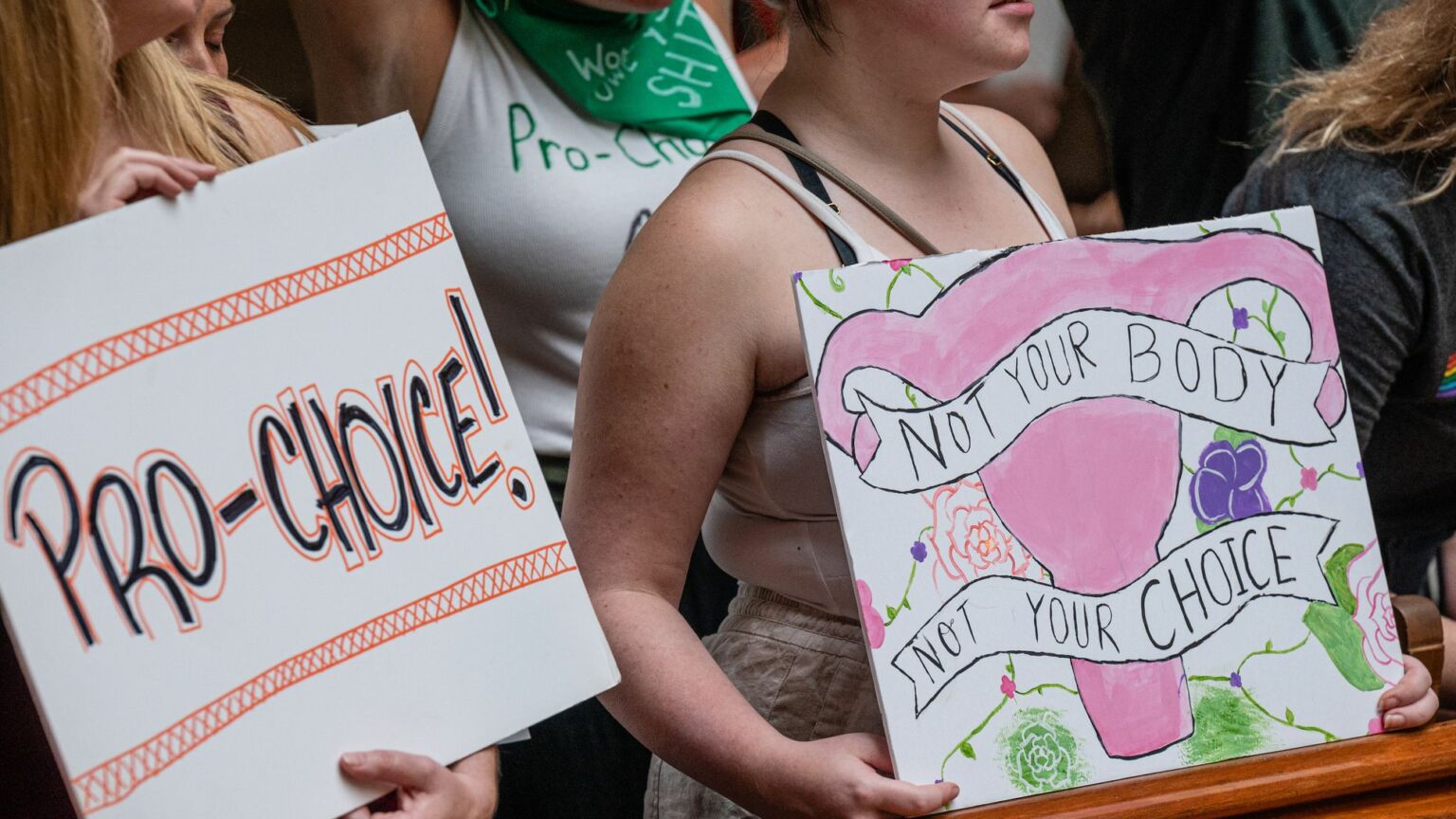 The overturning of Roe v Wade in the US Supreme Court this year was undoubtedly a setback for women across the US. It was also a reminder that access to abortion can never be taken for granted, even when it exists as a constitutional right. The tragedy of the SCOTUS decision is that it reversed the principle of treating abortion as a private decision – an intervention taken by a woman about her own body and the future of her family. The ruling was a practical blow to hundreds of thousands of American women in states where abortion access has been restricted.

In 1985, Kate Michelman, a long-time leader of the US National Abortion Rights Action League, spoke about the importance of constitutionally embracing reproductive choice under the right to privacy. She explained that: ‘[The US Constitution] guarantees our rights… in a sort of roundabout way – by carving out those spheres of American life that are off-bounds to state-regulation. It defines what we can do by telling the government what it cannot do… We simply contend that it should be a woman and her family, not the state, who should provide the answers.’

In other words, at the heart of the matter was the question – who decides? Are decisions about abortion a matter for the state or for the individual? In the US, the Roe v Wade judgement acknowledged that the choice must be personal, which is vital when it comes to abortion.

Personal choice accepts that abortion is a decision made by a woman in her own self-interest – that she has the right to decide what her body will endure in respect to pregnancy, regardless of what is best for others or society. Or indeed, for ‘social justice’ – a term that has become all-too prevalent in the US abortion debate in recent years.

When decisions about abortion are removed from the individual and become social questions, then our individual consciences and personal values become subject to a collective standard. This is something by which pregnancy should never be judged. Pregnancy is a woman’s own state of being and must always be her own choice.

The fall of the constitutional commitment to reproductive choice returns decisions about its legality to individual states. This is no bad thing, in itself. Indeed, there is democratic value in such local decision-making. Furthermore, the success of pro-choice candidates in November’s Midterms was a reminder that legal abortion has the backing of the people. The tragedy here is that both right-wing judges and those who claim the mantle of the left no longer recognise the importance of having a realm that ‘is off-bounds to state regulation’.

Prior to the Dobbs v Jackson decision earlier this year, which overturned Roe, the pro-choice movement had become fragmented by identitarian squabbles. The argument for abortion became less about choice than about social justice. Back in 2014, the New York Times reported that activists had started shunning the ‘pro-choice’ label. A representative from Planned Parenthood slammed the ‘pro-choice’ label as meaningless – what matters most is ‘access’, she said. Another Planned Parenthood activist complained about the New York Times article – mainly on the grounds that it overlooked the role of women of colour in questioning the framework of ‘choice’ prior to the white Times contributors. ‘The concept of “choice”’, the rebuttal argued in the Huffington Post, ‘speaks only to those who had (and have) the ability to make and exercise choices in the first place’ – those people being ‘white married women with economic privilege’. ‘We’re fighting for access, not choice’, was the headline.

The first task for 2023 must be to return the concept of choice to the agenda. Abortion is not just a matter of access to services. It is not just a matter of health. At the foundation of abortion rights is the question of who decides – and that must always be the woman herself. Abortion is, at its core, not about justice, equity or inclusion. It is about a woman’s capacity for self-determination and her right to decide on the future of her pregnancy.

The second task is to recentre women in the abortion debate. On both sides of the Atlantic, an obsession with identity politics and ‘trans inclusivity’ have led to even supposedly sensible peer-reviewed journals, such as the British Medical Journal, to reconsider using the word ‘woman’ in relation to abortion care. Abortion is a procedure accessed only by women, with a mature biology, who have become pregnant. Those individuals may identify in any way they want, but it is their female biology – their womanhood – that makes abortion a necessary form of birth control. Support for liberal abortion laws – or better still, its decriminalisation – requires that people understand and appreciate why abortion is necessary, what pregnancy means for women and why the person most affected by the decision should be responsible for it. The need for abortion does not confer an identity. It is a solution to a problem, and for most women it is something private and not taken lightly.

2023 needs to be the year we recalibrate the movement back to its core principles. The right to abortion has nothing to do with your identity and nothing to do with social justice. It is about the right for women to make their own choices in an area where the state should have no say.