The insufferable snobbery of Harry and Meghan

Their ghastly Netflix weep-fest was an act of slander against the British people. 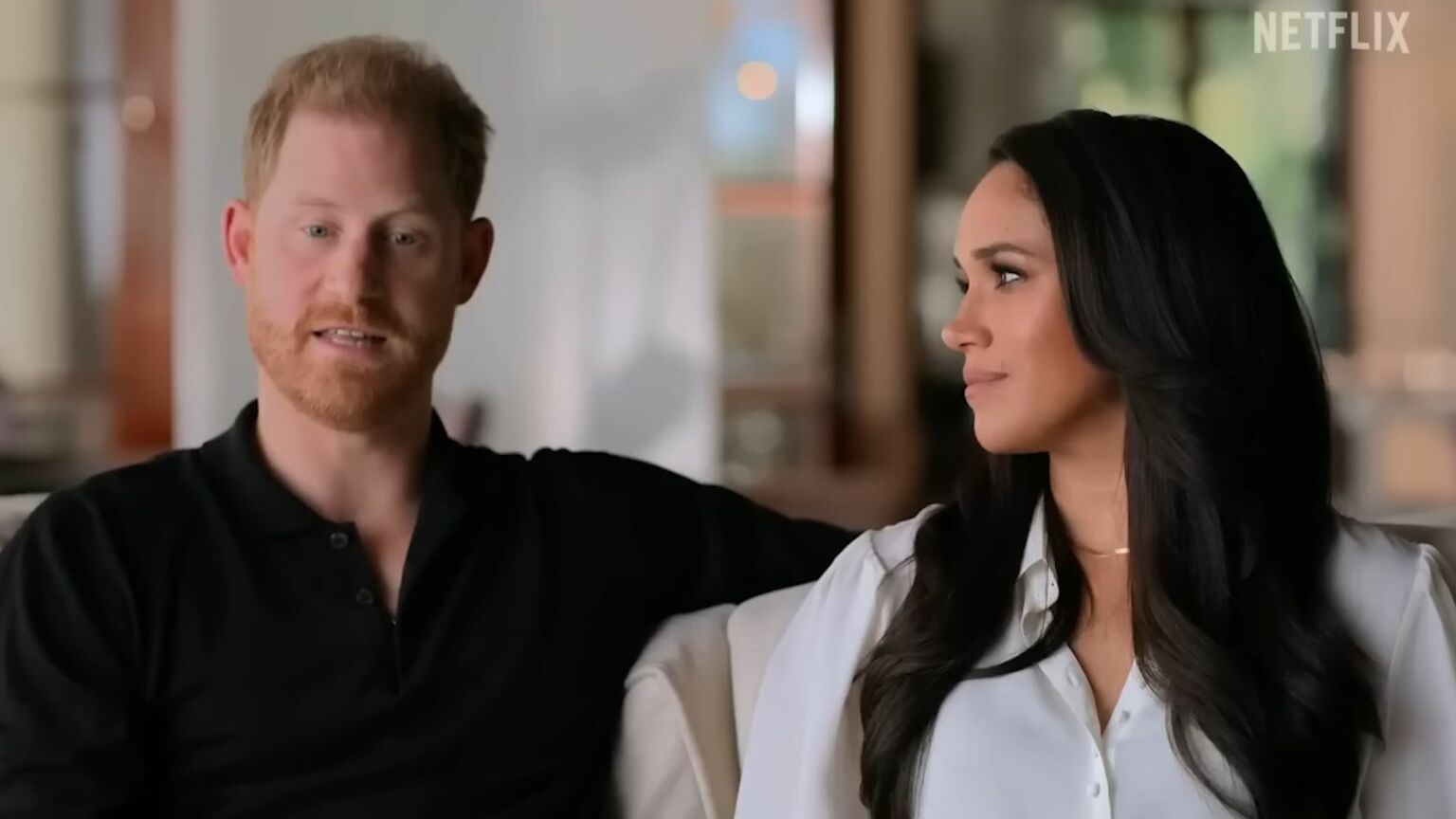 Harry and Meghan’s six-part Netflix series really is a mortifying spectacle. Even by the standards of Celebville, that weird sphere packed with people who think posting a black square on Instagram makes them Rosa Parks, it is bad. It is a gaping chasm of self-awareness. Two literal royals in a house that’s bigger than most people’s entire apartment blocks bleating about how put-upon they are – fetch me the tiny violin! What they lack in self-awareness they more than make up for with self-regard, though. This pair who’ve never known hardship, let alone oppression, really do fancy themselves as the moral heirs of MLK, only they marched on Montecito, from one palace to another, rather than Selma.

The ridiculousness is endless. These woke aristocrats complain about paps intruding into their lives and yet they invite Netflix to film them having an emotional breakdown in their literal living room. No one invades Harry and Meghan’s privacy as much as Harry and Meghan do. All the tabloids have ever done is snap Meg when she’s out and about in a £5,000 dress. Meg herself gives us home videos, shots of her kids, the loved-up text messages she and Harry sent to one another, even a blurry pic of Harry on one knee when he proposed. Who needs a hack to rifle through H&M’s bins when they’re happy to do it themselves while the cameras are rolling?

Then there is the victim complex. Their capacity for self-pity is boundless. It borders on paranoia. The palace launched a ‘war against Meghan’, says Meg’s lawyer. And the media was their weapon of choice, says Harry. Imagine standing aloft the global platform of Netflix to air your dirty laundry, to tell the world your brother yelled at you in a ‘terrifying’ way and your dad lied to your face, and then having the gall to accuse others of using the media to have a pop. After giving us six hours of their toff version of The Jeremy Kyle Show, H&M are forbidden from moaning about media intrigue ever again.

The ugliest act in their victim play is Harry’s claim that the Mail on Sunday caused Meghan to suffer a miscarriage. She lost her baby ‘because of what the Mail did’, he says, referring to the paper’s publication of a letter Meghan sent to her dad and the Sussexes’ subsequent legal tussles over it. This is seriously out of order. Miscarriages are not caused by stress. If they were, women whose lives are infinitely more stressful than Meghan’s, women who struggle to make ends meet, would be suffering them left and right.

But beyond the bitter score-settling, the most striking thing about the docuseries is its disdain for us. At times it feels like the main target of H&M’s ire is not terrifying Will or even the evil Mail, but me and you, the dim throng that buys those newspapers and who voted for Brexit and who’ve occasionally moaned about Meghan online. This series is a defamation of the nation, an act of slander against the British people. The irony: they pose as the brave escapees of the weird, posh institution of monarchy and yet they look down their powdered noses at the masses far more than any other royal does.

This is why Brexit features heavily in the early episodes. In the cosseted worldview of H&M and the anointed academics they chose to be their talking heads, Brexit is proof that something is rotten in the state of Britain. We’re reminded that 2016 was not only the year H&M started dating; it was also the year we had the EU referendum, that xenophobic convulsion masquerading as a democratic contest, as some of the snobs around the Sussexes seem to view it. Brexit was a ‘toxic debate’, says pro-Meg historian David Olusoga. James Holt, executive director of H&M’s production company the Archewell Foundation, goes further. The referendum whipped up a ‘perfect storm’ that ‘gave credence to jingoism and nationalism and gave people with really horrible views of the world a little more strength and confidence to say what they wanted to say’, he sneers.

And who suffered as a consequence of this deranged act of democracy? Why, Meghan. The racism she allegedly suffered was inflamed by Brexit, we’re told. As a columnist for the Telegraph sums it up, so ghastly was the Brexit referendum that our hero aristocrats had no choice but to ‘make an escape from the racist hellhole that is Britain and seek refuge in that well-known harmonious melting pot of the US’.

So H&M aren’t only victims of the Cambridges and the Mail – they’re victims of democracy, too. Of those flag-waving oiks Netflix flashes on screen every time someone mentions Brexit in this docuseries. I cannot remember the last time royals were so openly contemptuous towards democracy. What century is this?

Olusoga has since expanded on the snobbery that shaped this series. In a piece in the Observer he says the tabloids whipped the masses into a Meghanphobic frenzy. Well, you know how malleable our tiny minds are. The papers’ ‘six-year campaign’ against H&M ‘left huge numbers of otherwise reasonable people both obsessed with and contemptuous towards a young couple they have never met’, he says. On the internet there has been a ‘primordial soup of defensiveness, racism, misogyny, jingoism and whataboutery’, he continues. Primordial – what a striking choice of word. It means primeval. Primordialism is a belief that one’s ethnic identity and attitudes are fixed and unchanging. Imagine implying that lots of Brits are prejudiced while flinging around words like primordial.

The H&M series confirms that snobbery often wears the disguise of ‘anti-racism’ today. The cultural elite signals its superiority to the throng through the issue of race. Where they are racially aware, we, the Mail-addled swimmers in the primordial soup, are bigoted and dumb. How dare these elitists slander us as racist? One of H&M’s talking heads was Kehinde Andrews, an academic who once referred to the black broadcaster Trevor Phillips as an ‘Uncle Tom’ engaged in ‘coonery’. Listen, Harry and Meghan, I don’t know one person who would use the vile slur coon. You do, though. Get out of here with your hypocritical, condescending, anti-democratic bollocks.