The knives are out for Brexit – again

Will the Remainer elites ever tire of their war on the democratic will? 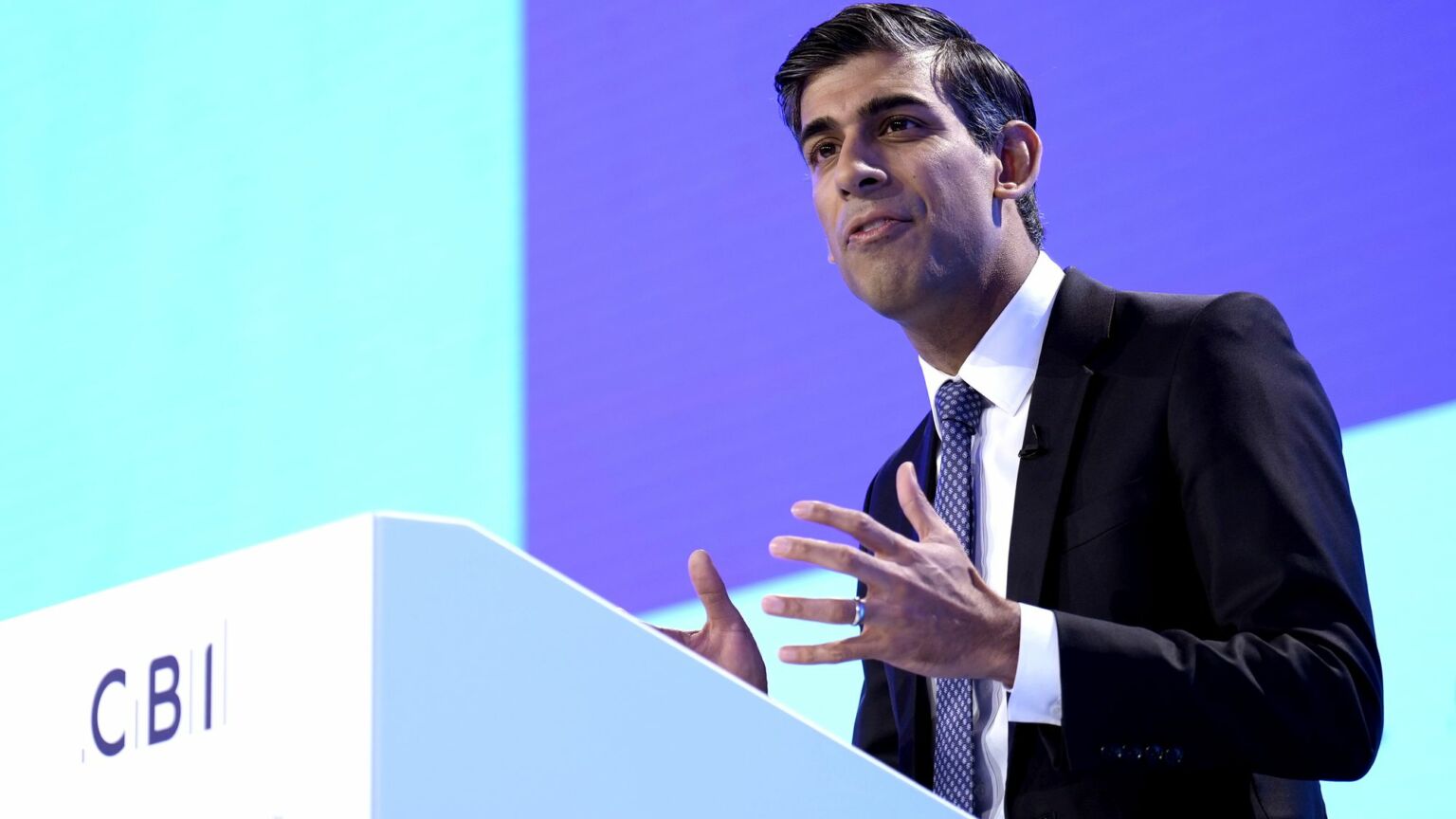 Is anyone else feeling less than reassured by Rishi Sunak’s promise that Brexit is safe? The PM has denied reports that his government wants to put Britain on the path to a Swiss-style arrangement with the European Union. This would entail being outside the EU but making payments to it, aligning with Single Market rules, and even agreeing to abide by certain EU laws, as Switzerland does. In short, BRINO (Brexit In Name Only), the old Theresa May vision of being mostly out of the EU but a little bit in. ‘Soft Brexit’, as Remainers like to call it.

Sunak says it isn’t true. Speaking to the Confederation of British Industry yesterday, he said ‘the UK will not pursue any relationship with Europe that relies on alignment with EU laws’. Phew? Not so fast. If Brexit is as safe as Sunak says it is, why are his own officials flirting with the idea of a Swiss-like future for Britain? These officials believe it is ‘overwhelmingly in the business interests of both sides’ to allow the UK to become like Switzerland, reports The Sunday Times. That members of a government tasked with enacting Brexit are dreaming of diluting Brexit is serious cause for concern. The people voted for Boris ‘Get Brexit Done’ Johnson and yet they end up with Maybot-inspired officials who reportedly want us to go cap in hand to Brussels to plead for Swiss-like compromises? That isn’t how democracy works, Rishi.

Also, what did Sunak’s own chancellor, Jeremy Hunt, mean when he said the government would break away from the old testy Boris approach to the EU and, in The Sunday Times’ words, ‘remove the vast majority of trade barriers with the bloc’? Hunt was a hardcore Remainer. We should make a ‘sensible compromise’ with the EU, he said after the referendum in 2016, and accept its freedom-of-movement rules in return for access to the Single Market. We are right to be worried when a man like that, the technocrats’ technocrat, speaks mysteriously of easing our relationship with Brussels.

Hardline Remainers, those who will never accept our clearly stated will to leave the EU, certainly spy in the reports of a Swiss move proof that even officialdom is changing its mind on Brexit. The Tory Swiss lobby’s briefings to the press ‘reflect a change in the zeitgeist’, crows a Guardian editorial. The thwarting of the Truss / Kwarteng budget by the ‘unimpressed markets’ seems to have been ‘the endpoint of a political trajectory that began with the Brexit referendum’, it says. And now we have actual Tory officials fantasising about Switzerland, confirming, in the Guardian’s view, that ‘the high tide of Brexit has gone out, and a slow voyage back to economic sanity at last appears to be underway’.

This view is widespread now. That the ‘zeitgeist’ is changing. That the ‘mood music’ is now ‘against Brexit’. That Britain is ‘starting to have second thoughts about Brexit’. That both the government and the plebs must now ‘face reality’ and recognise that our future is as a ‘participating member of Europe’s common economy’.

We are witnessing something very important: a change in the tactics of the Remainer elites, of those who’ve made it their life’s work to reverse what they view as the low-information public’s dumb decision to leave the EU. They are moving away from their more combative approach, from all those haughty anti-Brexit court cases and those strange demonstrations of the depressed middle classes where they frequently failed to conceal their contempt for the Brexit-supporting throng, and towards a more insidious, more long-game assault on the democratic will. Now it’s less ‘Let’s kill Brexit’ and more ‘Brexit is dying, naturally, at the hands of sanity. At last.’

These are precarious times for those of us who support Brexit and believe in democracy. The new Remainer strategy is to wear down the people’s will. To exploit our economic fears to try to convince us Brexit was a mistake. To marshal our energy woes and money woes to the end of exacerbating Brexit fatigue. Maybe then, dreams a Guardian writer, Brexit regret will become ‘an irreversible trend which won’t stop until it hits zero: no people at all who think Brexit was a good idea, no one who’ll even admit they voted for it’. They want to phase us out. Before, they wanted to silence us, void our votes. Now they’ve switched to a strategy of moral deflation, preferring the long-term diminishment of our democratic spirit to the sudden invalidation of our ballots.

In many ways this new approach of slowly fashioning an anti-Brexit ‘zeitgeist’ is worse than the old dream of stopping Brexit in its tracks. At least we knew what we were up against when the elites were combatively seeking to block the enactment of our will: anti-democracy. The new strategy is stealthier, more slippery. It presents hatred of Brexit as common sense. It tells us our lives will materially improve if we recant that silly vote we cast in 2016. It aspires to nothing less than a situation where there will be ‘no people at all who think Brexit was a good idea’. Complete deletion of the Brexit thought is the goal of Remainerism now. The pugnacious strategy of democracy reversal has been replaced by a more furtive strategy of fear designed to enfeeble and eventually erase our Brexit resolve.

Tragically, these cynical tactics are having an impact. A new poll finds that one in five who voted for Brexit now think it was the wrong decision. Officialdom is not immune to all this. In fact it is entirely logical that government officials obsessed with elite consensus opinion, with swinging to the ‘mood music’ of the cultural establishment, should take on board the new elite-constructed ‘common sense’ that says Brexit is the cause of our every ill and only its dilution can set us on that ‘slow voyage back to economic sanity’. This is why the Swiss whispers in government matter: they speak to a broader establishment conviction that the conditions are now right, are now economically hazardous enough, for Brexit finally to be dislodged and replaced with Switzerland or sanity or something.

There’s hope, though. One in five Brexiteers regret their vote? That leaves 80 per cent of us who don’t. Millions who still reject the fearmongering of the elites and who know that it’s simply untrue that Brexit is uniquely economically destabilising: just look at the Eurozone, beset by economic crises, some worse than ours. And, more importantly, millions who know what Brexit was actually about. It wasn’t about trade deals or economic boosterism. It was about democracy. We voted to leave the EU in order to strengthen British sovereignty. We made a constitutional demand, not an economic one. Brexit is working just fine, thanks. We are no longer beholden to laws drawn up by distant institutions over which we have no direct democratic control. That’s what we wanted. Brexit is a success, a brilliant, historic one. That the Remainer elites cannot see this says infinitely more about them than it does about us.