The bewilderment of the Democrats

The Midterms have exposed just how out of touch the Dems now are. 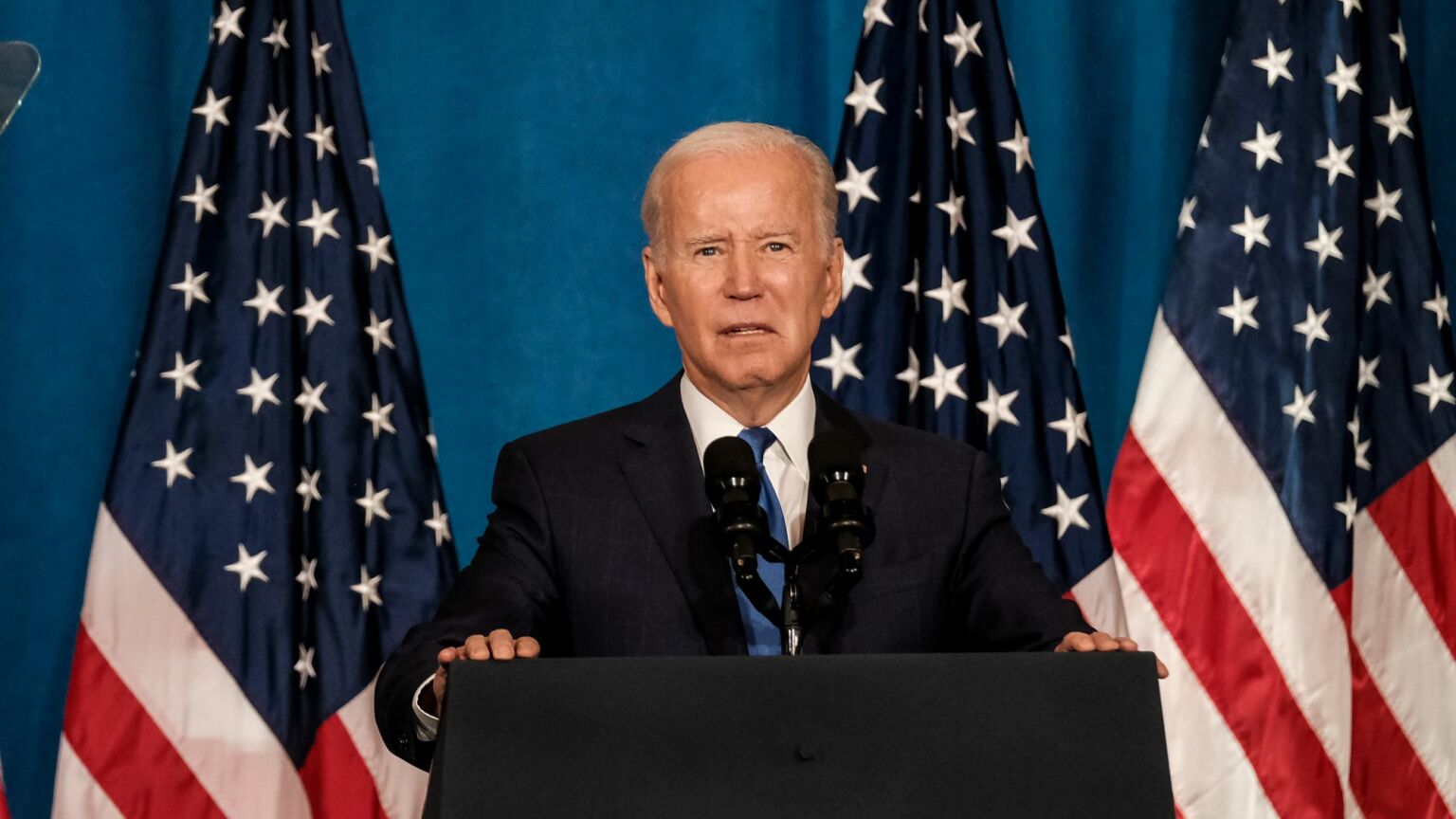 The Democratic Party really is flummoxed by American voters, isn’t it? Dems seem utterly mystified by the masses. They seem bewildered by people’s political priorities, their beliefs, their lack of interest in the culture-war issues that talking-head leftists constantly claim are the most important in America. Everything I’ve read in the run-up to today’s Midterms suggests the Democratic machine is now so adrift from working Americans that it might as well be on another planet.

Democrats must ‘confront their nightmare scenario’, reports CNN. What is this hellish thing which, according to CNN, Dems have ‘always feared’? It’s that voters’ main concern is the economy! That’s a nightmare to the Democrats because they had hoped the big issues at the Midterms would be abortion, following the overturing of Roe v Wade, and the January 6 affair. When a political party finds it nightmarish that voters are thinking about the economy – about their pay packets, their bills, making ends meet – you know it has lost the plot. You know it has drifted from the realm of the real, from issues that touch people, and is now far more interested in noisily advertising its virtue on issues of ‘justice’.

It is testament to the otherworldliness of the Dems, to their distance from the people, that they really thought they could dodge the economy in these elections. Joe Biden decided to big up the issue of democracy instead, with his feverish claims that post-January 6 Republicans are a menace to the very institutions of American politics. But people see through his pose as the defender of democratic life. They know it’s dead-cat politics, designed to drag their eyes from the mess he has made of the economy and to gawp at an imaginary coup against America instead.

As CNN says, Dems clearly thought that stirring up dread over January 6, fearmongering over the future of democracy, would play well with the people, but they were wrong. Biden’s democracy panic ‘resonates strongly in Washington, DC’, says CNN, ‘but outside the Beltway bubble of politicians and journalists, democracy feels like a far more distant, esoteric concept than the daily struggle to feed a family’. The January 6 story is really only of interest to the liberal elites because it flatters their puffed-up self-image as the virtuous ones holding at bay a Trumpite mob. Most other Americans are over it, and they don’t appreciate being targeted by a politics of fear transparently designed to make them think less about the economy.

Some did try to warn the administration. Bernie Sanders told Dems to get a grip. Yes, the issue of abortion is important, he said, ‘but should it be 80 per cent of your discussion? Or should you start talking about what the American people feel deeply concerned about?’ There is a strange, almost aristocratic bent to the Dems’ disconnection from the lives of so many people. It was summed up by a Republican voter interviewed by BBC News. People are concerned about inflation, rising petrol prices and crime, he said, and yet Democrats are focusing on ‘issues like abortion access, transgender rights, restrictive gun laws, defunding the police and January 6’. People want solutions to their economic woes and all they’re getting from the Dems is Twitter politics. They look like the party-political equivalent of a Jezebel editorial meeting, Lena Dunham’s Instagram made flesh.

It’s tempting to see the Dems’ economy-dodging as just an attempt to gloss over Biden’s screw-ups. That’s part of it, no doubt. But there’s more, too. Their deprioritisation of economic matters reflects a broader move away from politics as we once knew it and into the new virtue industrial complex, where the performance of righteousness matters more than the fixing of social blights.

So it isn’t only on the economy that Democrats are bewildered by the people. There’s crime, too. Polls show this is another big voter concern, not far behind the economy. And Dems don’t get it. Behold the bamboozlement of the Democratic governor of New York State, Kathy Hochul, who said in a recent discussion of how bail reforms might have inflamed crime in NYC, ‘I don’t know why that’s so important to you’. Not knowing why people want to live in communities that do not feel out of control, that feel safe rather than chaotic, is up there with not knowing why voters have economic concerns. The cluelessness is extraordinary.

There’s a palpable sniffiness among the coastal elites towards people’s crime concerns. It was best captured in a New York Times piece that felt like a sneer masquerading as journalism. ‘Fear of crime looms large for voters’, it said. People are ‘gripped’ by ‘worries over crime and disorder’, apparently. Some of these fearful folk haven’t even experienced crime, we’re told – they’ve just seen ‘homeless encampments, or… a syringe or human waste on the sidewalk’. I wonder why people might find that unsettling. Why they might consider the presence of human shit on their streets to be an undesirable thing, possibly a sign of social malaise. Some in the cultural elites are now so swept up in pseudo-progressive borderline sympathy for street criminals that they instantly think every expression of concern about crime is racist, or at least proof of right-wing ‘fears’.

Parental rights in education is another thing Dems and their media backers didn’t get in this election. Numerous Republicans have said it’s wrong for schools to educate kids about trans issues and sexuality and race. That’s not what school is for, they say. Many parents agree. And this puzzles liberals. Just because they’re happy for their children to be told there are a hundred genders, they think every other parent in the land should be, too. They cannot compute the existence of human beings who have a different view of life to their own. So the Washington Post mocked Republicans’ focus on ‘parental rights’ – yes, it put parental rights in quote marks – and branded it a ‘culture-war issue’ largely geared towards ‘criticising transgender rights’. Their political views are pure – yours are phobias, in this case transphobia.

The Dems increasingly resemble ageing aristocrats peering from the windows of their castle at the bemusing throng below. Maybe your average American is just dim? Hillary Clinton hinted at this when she wondered out loud last week if voters ‘really understand’ what’s at stake in the Midterms. ‘I think that with all of the noise that we’ve gotten in this election season, I don’t think that people are really able to grasp [how bad it would be for the Republicans to take back control of the House]’, she said. It’s been too noisy. The little people can’t think straight. No wonder they’re making so many dumb decisions, like talking about the economy and worrying about crime.

The Democrats have been drifting from working people for a long time. ‘Democrats’ long goodbye to the working class’, as a piece in the Atlantic said this week. The Dems ‘keep losing working-class support’, and increasingly among non-white working classes as well as the white working classes. Their choice of issues appeals more to ‘socially liberal, college-educated voters’ than to their ‘traditional base of support’. This is the story of mainstream ‘left’ parties across the West: they’ve shedded their working-class base and become the property of upper middle-class graduates. The end result is parties, like the Dems, that genuinely cannot understand why working people want greater economic security, less crime, and a good education for their kids rather than genderfluid propaganda. Imagine being bewildered by such normal ideas.