They are fed up with schools indoctrinating their children. And now they’re fighting back. 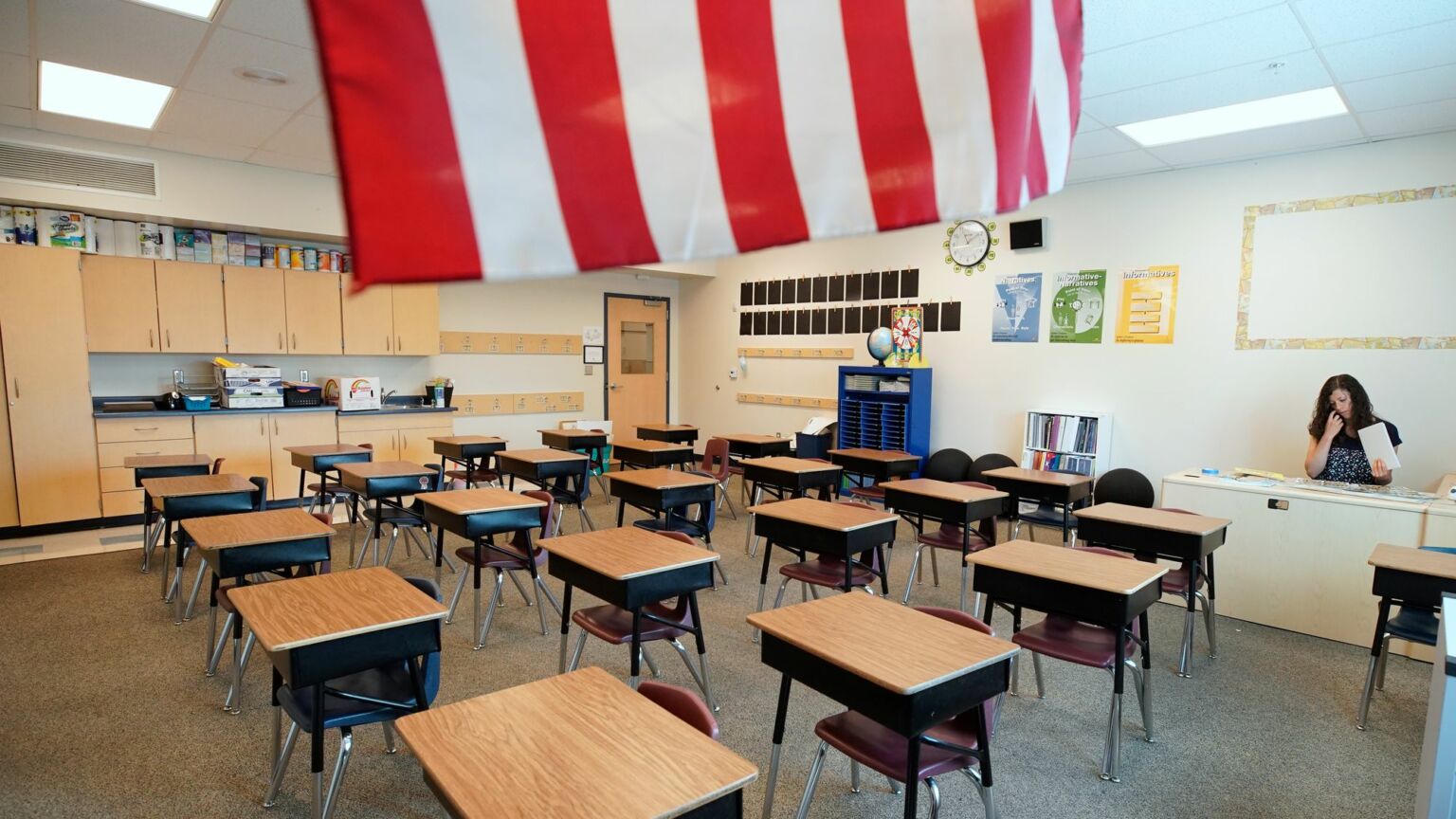 Education has rarely been a major electoral issue in the US. Yet as we approach November’s Midterms, the state of the nation’s schools now follows closely behind the economy and crime among voters’ key concerns. And parents are worried about far more than falling academic standards. They are angry that teachers are using the classroom to promote their own narrow political views.

Parents opposed to woke indoctrination in schools are organising. They may even prove to be a decisive force in the elections. Parents Unite, set up by New England mothers Ashley Jacobs and Jean Egan, is one of many groups to have emerged in the past couple of years. It brings together parents, teachers and academics concerned with what children are being taught in America’s independent schools. Having grown quickly, the group held its second annual conference in Boston last week, which I was invited to attend. What became clear from listening to the stories of parents was a growing sense of anger that children are being corralled into uncritically accepting highly contested and political ideas. This is an experience common to every type of school, public and independent alike, across the US.

Many of the parents I spoke to talked about lockdown and ‘Zoom school’ as having been pivotal in making them more aware of what their children were being taught. They say they witnessed lessons that push children to see America as a uniquely sinful country, forged solely out of racial discrimination. Parents say that this stepped up a notch in the aftermath of George Floyd’s death in the summer of 2020, when suddenly a great deal of the school day was taken up by Black Lives Matter activism. A similar story emerges in relation to teaching about sex and gender. Parents are unhappy at the prospect of sending their daughter to school, only for her to return home questioning whether she might actually be a boy. In addition, there is concern that sex education introduces children to provocative and hyper-sexualised content at far too young an age.

When the values promoted at school are fundamentally at odds with values espoused in the home, students need to be able to respond critically to what they are taught. They also need to be able to hear alternative perspectives. Yet parents who complain about the politicisation of their schools report being met with hostility. Some even suggest their children are targeted by teachers for raising ‘inappropriate’ questions. Parents who ask about the role of diversity, equity and inclusion (DEI) officers say they are treated as a threat to the safety of students. They even risk being publicly branded as troublesome within the broader school community. In response to this, Parents Unite aims to ‘ensure that all schools promote a culture that values and prioritises true diversity of thought, freedom of discourse and self-expression’.

Jean Egan and Ashley Jacobs – friends, neighbours and the founders of Parents Unite – tell me that ‘watching Zoom classrooms for about six months really highlighted that things needed to be addressed’. Ashley notes that ‘a very one-dimensional worldview was being highlighted’ by teachers. Getting together and sharing concerns with a handful of others led them to question what was going on in schools. Yet at first, according to Ashley, ‘these questions did not always lead to satisfactory answers’. Jean tells me that it was only after a great deal of digging that they discovered that much of this teaching was driven by the National Association of Independent Schools (NAIS), the accrediting body for America’s private schools. Although ‘individual teachers were doing their best’, the NAIS was ‘setting the agenda’, she says.

Ashley explains that ‘social justice’ has driven the NAIS for years, but there was an ‘extra sense of urgency after the death of George Floyd’. At the time, an apparently coordinated social-media campaign accused private schools of racism. Schools then ‘over-compensated’ in a way that left no room for ‘viewpoint diversity or for people to question what children were being told’, Ashley says. The message to schools, Jean tells me, was ‘you need more DEI officers, you need to change your curriculum’. According to Jean, ‘this was not being driven by educational practice or the best way to teach, but by political motivations’. The NAIS provides books, speakers and teacher training, though these resources have an obvious ideological slant. For instance, schools are told they should invite speakers like Ibram X Kendi, a prominent woke academic.

Ashley explains that parents can be quite powerless in the face of private schools, which can remove their children from the school roll almost on a whim. Ashley and Jean spotted that ‘someone had to do something’. There was an urgent need to get to the bottom of what was going on and to challenge their schools in a more collective way. And so Parents Unite was launched. Its primary goal is to promote greater viewpoint diversity for both students and teachers and to offer schools alternative resources, which are grounded in scholarship and evidence rather than woke ideology.

The response to Parents Unite has been overwhelmingly positive, Ashley and Jean tell me. Teachers and administrators, as well as parents, have been in touch to say that they are unhappy with the indoctrination of America’s schoolchildren and that they want ‘balance restored’. Jean tells me she thinks education will be of crucial significance in shaping how people vote in the Midterms.

One thing seems undeniable: parents are extremely angry about what is happening in America’s schools. We should not be surprised if this anger spills over into the ballot box.