Victory to the Iranian rebels

They have reminded the world that freedom is worth risking it all for. 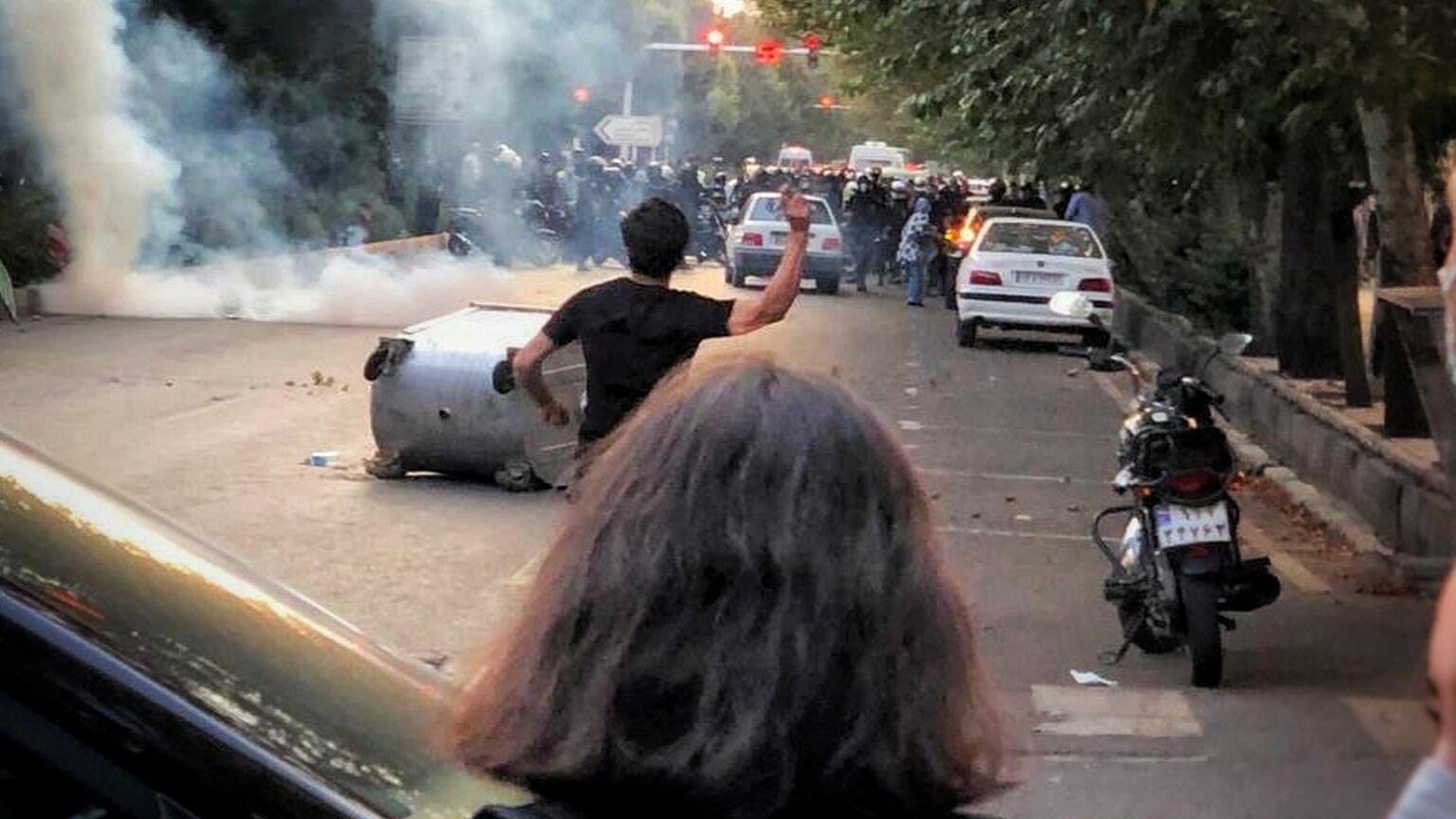 ‘You never know when it’s going to explode’, CLR James once said of revolution. How true those words ring in Iran today, where outrage over the death of 22-year-old Kurdish woman Mahsa Amini, reportedly at the hands of the morality police, has fuelled a nationwide uprising against the Islamic regime.

Women – and the misogynistic impositions the state places on them – have been at the forefront. (Amini was detained in Tehran for not wearing her hijab properly.) For three weeks now, women have been taking to the streets, burning their hijabs and cutting their hair in defiance of Islamist diktat.

Protests have sprung up across the country, from Iranian Kurdistan to Tehran to religiously conservative cities like Qom, bridging ethnic and class divides. ‘Woman, life, freedom’, a slogan stemming from Kurdish liberation movements, has become their rallying cry. In one video from the capital, protesters can even be seen chanting it in Kurdish, rather than Farsi.

These women have found common cause with young men who feel Iran’s leaders have trashed the economy and left them with no future. Together, they have fought pitched battles against the security forces on the streets and on university campuses. Schoolgirls have even joined the struggle. In one video, a group of girls can be seen heckling a member of Iran’s feared paramilitary Basij force, who was invited to their school to address them. Celebrities, artists and footballers have also found their own subtle ways of expressing their support.

Now the Iranian rebels are demanding nothing short of the overthrow of the brutal theocracy that has ruled Iran since the 1979 Islamic Revolution. ‘Death to the dictator’ is the other unofficial slogan of this revolt. Protesters have ripped down portraits of Ayatollah Ruhollah Khomeini, founder of the republic, and his successor, the ageing despot, Ayatollah Ali Khamenei.

The significance of all this cannot be overstated. The enforced hijab policy has always been a potent symbol of the regime and its domination over all areas of life. ‘If the Islamic Revolution is to have no other result than the veiling of women’, Khomeini once said, ‘then that is enough for the revolution per se’. After he took power in 1979, supporters of the regime handed out gift-wrapped headscarves on the streets.

This is a reminder that, for all its traditionalist pomp, Iran’s misogynistic tyranny is of a very modern vintage. Little more than 40 years ago, unveiled women in Western garb were ‘not uncommon sights on the streets of Tehran’. The morality police, responsible for enforcing the strict dress code, were only established in 2005.

Under Ebrahim Raisi – Iran’s hardline president, who triumphed in a rigged election last year, at which turnout plunged to its lowest level ever – the government has turned the screws on women ever tighter. In August, Iran’s Headquarters for the Promotion of Virtue and Prevention of Vice published a 119-page document, laying out the hijab policy and the rationale behind tougher rules and more severe enforcement.

Here is a regime that becomes more authoritarian and misogynistic the more it fails its own citizens. Since late 2017, when this generation of anti-hijab activists first took to the streets en masse, Iran has been roiled by protests and strikes, fuelled by spiralling gasoline and food prices. Meanwhile, the elites have continued to line their pockets and wage costly wars abroad.

As the mullahs have dug in, refusing to listen to the anger on the streets, unrest has expanded into the working class and the protesters’ demands have become ever-more radical. Whereas the hugely significant Green Movement of 2009, sparked by a disputed election result, was more reformist and middle class, rallying around presidential candidate Mir-Hossein Mousavi, there has been a growing appetite among the uprisings of recent years for full-blown revolution.

The crackdown on this latest wave of protests has already begun. Regime thugs, in plainclothes and on motorbikes, have taken to beating up and kidnapping university students. Social-media sites have been clamped down upon. Human-rights groups believe more than 130 people have died. There are fears of a repeat of 2019, when an estimated 1,500 protesters were killed.

The great strength of these protests – the sudden, overwhelming way in which they have spread, fuelled by social media – could also be their undoing. As we saw so tragically in the wake of the Arab Spring, this new generation of leaderless, internet-based movements can lack the coordination, durability and ideological focus to topple the despotic leaders they rage against.

We can only hope that the rebels heed the lessons of recent history. But the moral force of these protests cannot be denied. That the unrest has spread even to teenagers – incensed by the grotesque circumstances surrounding the death of 16-year-old protester Nika Shakarami, whose body was reportedly stolen from her family by security forces – has, in the words of one observer, caught Iran’s leadership ‘off balance’.

Whatever happens in the difficult days ahead, these protesters have already inspired the world. They have reminded us that freedom is worth risking it all for. In the West, we tend to take freedom for granted; our ‘liberal’ elites are increasingly preoccupied with curtailing it. But for all the West’s illiberalism, freedom is still the air we breathe. And the Iranian people long to breathe it again, too. They need and deserve our solidarity. Victory to these impossibly brave rebels.

Picture by Darafsh, published under a creative-commons licence.