First Lebanon, then Iraq – now Iran's own citizens are turning against the Iranian state. 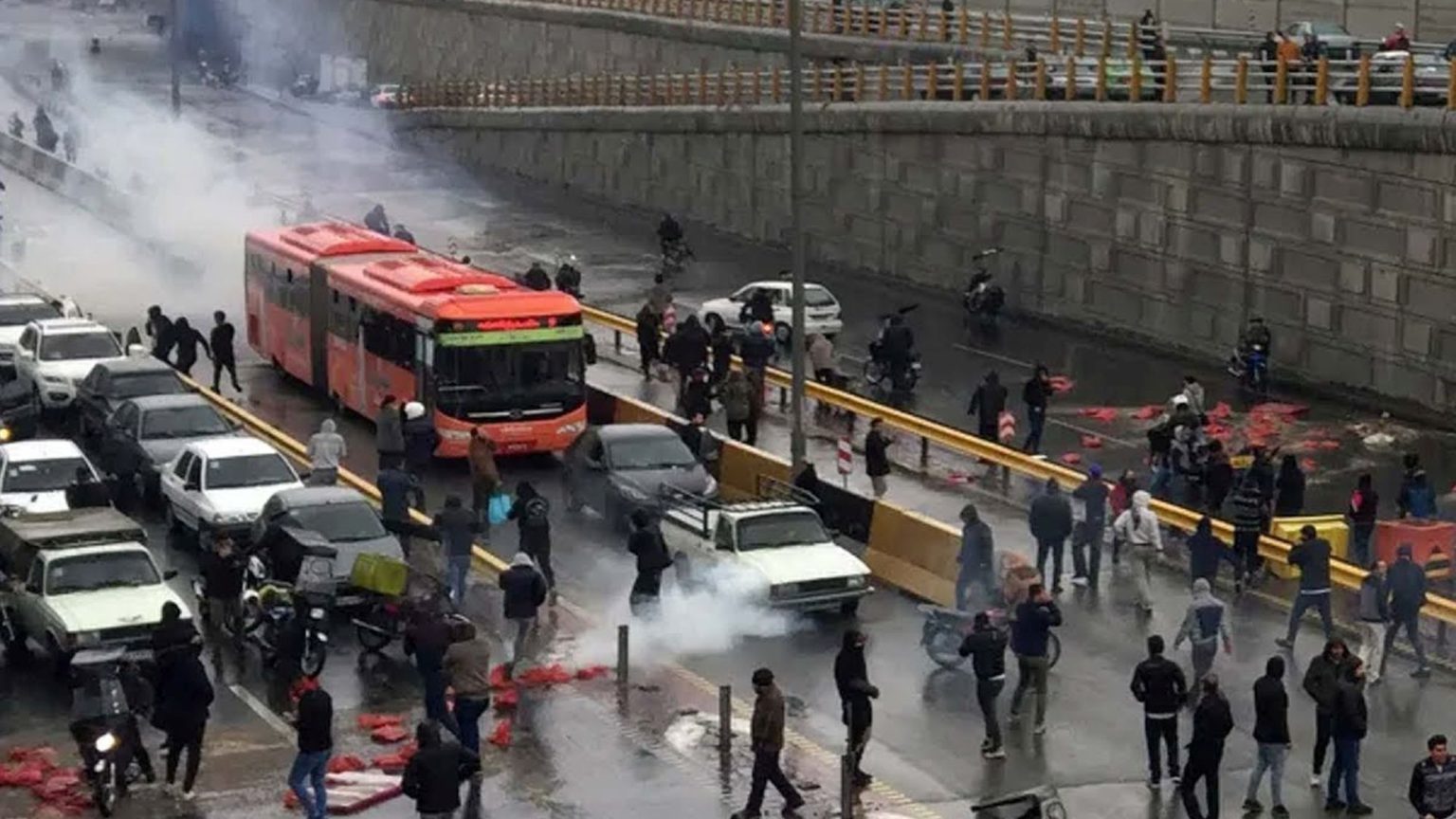 On Friday, without prior debate or warning, the Iranian government of President Hassan Rouhani announced a petrol price hike of 50 per cent for the first 60 litres bought each month. Above 60 litres, Iranians were expected to pay even more. Rouhani said the money raised would be used to help Iran’s neediest citizens.

It seems few Iranians appreciated Rouhani’s altruism, given they were to pay for it. Within hours, the protests began, before quickly escalating over the weekend. By Sunday, the semi-state-authorised Fars news agency reported that the unrest had reached some 100 cities and towns. By Tuesday, Amnesty International was claiming to have credible reports that at least 106 protesters in 21 cities had been killed by Iranian security forces. Amnesty said: ‘The real death toll may be much higher, with some reports suggesting as many as 200 have been killed.’

It is difficult to know what exactly is going on in any detail because the Iranian state has implemented a near total internet shutdown. Connectivity to the outside world is said to stand at four per cent of normal levels. Still, the eyewitness accounts and mobile-phone footage that have leaked out suggest the situation is as grim as Amnesty says. There is footage of security forces firing on protesters, of municipal buildings on fire, and talk of security forces refusing to return the bodies of those they have killed to their families. The state security apparatus has responded brutally. But there is little sign of the protests abating.

For supporters of America’s Middle East policy, the Iranian protests are being semi-celebrated. They are being packaged and presented as proof that Team Trump was right to ditch the 2015 nuclear deal in May 2018 and re-impose heavy sanctions on Iran. In the anti-government slogans and burnt-out buildings, Trump’s fans can hear an endorsement of his policy of ‘maximum pressure’. US secretary of state Mike Pompeo even tweeted a message of solidarity to the protesters – ‘The United States is with you.’ Iran’s foreign ministry spokesman Abbas Mousavi also made Trump’s case for the efficacy of ‘maximum pressure’ when he blamed the fuel-price rise and subsequent protests on the US sanctions regime.

And it’s true, to an extent. Since sanctions were reimposed last year, Iran’s economy has been pushed into a deep recession, with its economy set to contract by 9.5 per cent this year alone (according to the IMF). Inflation is now running at nearly 40 per cent, and youth unemployment (in a nation in which 40 per cent are under 25) is at 26 per cent. Many now live in acute poverty. Iran’s economic and social travails are not new, but they have clearly been exacerbated and entrenched by US sanctions.

But to blame – let alone praise – US sanctions for the protests sweeping Iran is to misunderstand the nature of the protests. Demonstrations in Iran against the government are neither exceptional nor unprecedented. Rather, this latest, admittedly large-scale eruption is merely the most recent manifestation of an increasingly pervasive anti-regime sentiment flowing beneath the surface of Iranian social life. Moreover, it has broken through before, as it did in late 2017 and early 2018 – that is, during the period of peace and stability supposedly engendered by the nuclear deal of 2015.

The protests of 2017-18 should be seen as a precursor to the current unrest. They were different to the Green Movement demonstrations in 2009, which were principally movements of the Tehran-based middle classes. The Green Movement focus was thoroughly reformist, centred as it was on the political candidature of Hossein Mousavi. Protesters were objecting not to the theocratic regime itself, but merely to its then presidential office holder, Mahmoud Ahmadinejad.

The 2017-18 protests were different. They emerged, amid countless labour disputes, from the working-class, conservative cities and towns that the Islamic Republic liked to depict as its core constituency. They were organisationally diffuse, and their demands broad. But at the same time, they were uncompromising. Chants of ‘Death to the Dictator’ – a reference to Iran’s Supreme Leader, the Ayatollah Khamenei – could be heard. As could the charges of endemic corruption and economic mismanagement levelled at the Iranian state.

To the extent that it’s possible to tell what is going on in Iran at the moment, today’s protests share much with that earlier outbreak nearly two years ago. As in 2018, there has been unrest in Tehran, but these demonstrations have erupted mainly in the provinces, while simultaneously penetrating deep into the country’s major cities, like Shiraz, Isfahan and Tabriz. And the principal actors, again, are precisely the working class on which the republic had long thought it could rely.

Likewise, the anti-cleric slogans, and the attacks on government buildings, religious schools and municipal offices, indicate the object of their ire: the Iranian state itself. And that is what separates this moment from that of 2009. Today’s protesters are taking aim at the Islamic Republic itself. The expansive, repressive Iranian state is appearing to increasing numbers as the problem – a corrupt, self-preserving force, in which a legion of rent-seeking officials line their own pockets, a judiciary serves the interests of powerful clerics, and a vast security apparatus enforces its near arbitrary rule.

US sanctions succeeded this growing political conflict within Iranian society. They didn’t create it. To the extent that they have played a role in bringing tensions to a head, they did so merely by forcing the Iranian state to do more of what it had long been doing anyway – passing the economic burden on to citizens.

One thing is for sure: the last thing Iranians need is any more ‘help’ from the US.