David Attenborough should stick to educating us about animals rather than bashing human beings. 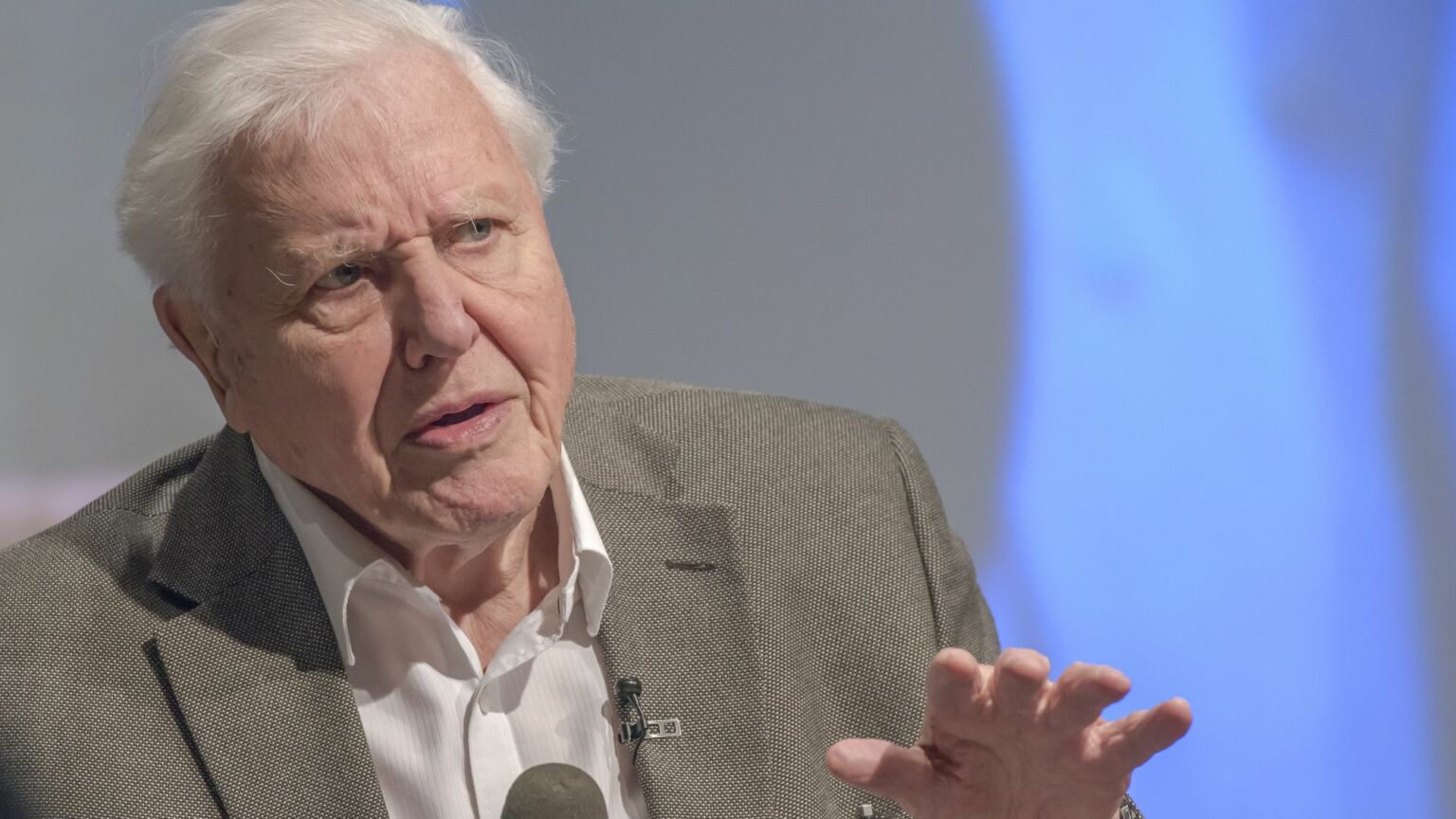 It’s that high-pitched, cranky and creaky voice again. It’s the most fabulous footage of wildlife, taken by intrepid photographers on very cold ships. We see emperor penguins waddling, sliding on their bellies, tobogganing and mountaineering through acres of Antarctic snow. A young male hooded seal, out to mate in the spring, sees off an older and bigger rival. Then he tries to pull a female – first with an inflatable black nose, then with an inflatable, balloon-like red sack in his left nostril.

In short, it’s the first programme in a new series by Sir David Attenborough – living saint, naturalist, broadcaster, former controller of BBC Two, Malthusian pessimist and all-round maestro of climate panic. Frozen Planet II, available on iPlayer, follows up his first series’ excursions around animals located at the poles with new coverage of species that dwell on the rest of the Earth’s frozen surfaces. Altogether, he reminds us, ice and snow cover a fifth of our planet.

We move from the largest sheet of ice, Antarctica (twice the size of Australia), through the snowy peaks of the 5,500-mile-long Andes mountains, on to Mount Kenya. We pause in the Great Steppe, where the notoriously grouchy Pallas’s cat, he of the very thick coat and the shortest of legs, must pounce on five rodents a day to stay alive. But how often must Sir David sound off about how cuddly animals will not survive climate change thanks to the dreadful action of that awful race, humanity?

Very often, it would seem. In 2015, Attenborough spoke to CNN about his conversion from climate sceptic to True Believer, and declared that the COP21 climate conference of that same year would be ‘almost the last chance’ to reverse climate change. Since then, our David has lost no opportunity to denounce mankind as ‘overrunning’ the world (2020) and as ‘intruders’ on nature (2021).

Perhaps because he is 96, Attenborough is acutely sensitive to the passage of time. ‘Time is running out’, he proclaimed in 2018. Earlier this year, he went one better, telling the UN Security Council: ‘No matter what we do now, it’s too late to avoid climate change.’

Nearly 40 minutes into his new series, he is at it again. Arctic Greenland is more than 1,600 miles long and boasts a single ice sheet – the largest in the northern hemisphere – one mile thick. There, Attenborough reports that climate change increases the amount of meltwater draining down into the ice sheet, so that ‘a whole chain of events is triggered’. The meltwater accelerates the slide of the ice sheet downhill, eventually reaching the ocean, where it breaks up into icebergs, some taller than the Empire State Building. Attenborough says Greenland is losing ice six times faster than it was 30 years ago, and is alone responsible for a quarter of the world’s rise in sea levels. And such changes in the Arctic, he maintains, hit its highly specialised wildlife, including… polar bears.

Yet the facts do not back up Attenborough’s doom-laden speculation. As the Daily Sceptic points out, summer sea ice in the Arctic ‘hit a low in 2012 and has been steadily recovering ever since’. In the US, the National Snow and Ice Data Center records that, in the month of August and in the 43 years between 1979 and 2022, Arctic sea ice has lost 1.7million square kilometres (656,000 square miles)’ – but that its extent is now ‘likely to remain higher than in recent years’. According, too, to Copernicus, the European Union’s Earth observation programme, in late June and early July 2021, the daily extent of Arctic sea ice ‘briefly reached record-minimum values’; but as the summer and autumn progressed, Arctic sea ice extent ‘remained well above the very low values seen in 2012 and 2020’. And in September, at its annual minimum in September 2021, the monthly average sea-ice extent was just eight per cent below average, the highest minimum since 2014.

So there has been a palpable loss of Arctic sea ice over the past 43 years, but the jury is still out about the future of that expanse. So what does this rather nuanced picture mean for wildlife in the Arctic?

In 2020, Attenborough claimed that polar bears could die out in the 2030s, even though, as the Daily Sceptic rightly notes, ‘it is now generally accepted that polar bears have been thriving and increasing in numbers’. Undaunted, Attenborough notes that, in midsummer, Arctic sea ice is so thin, polar bears ambush their prey – in the footage, a bearded seal – from water, in a technique known as aquatic stalking. Somehow (we are not told how), the low cover now provided by thinning ice ensures that polar bears must now attack a more aggressive and dangerous target: the hooded seal.

As early as the summer of 2035, our sage continues, the Arctic Sea could be ice-free, making it harder for mother polar bears to feed themselves, let alone their cubs. To the moving strains of violins, Attenborough concludes: the animals that inhabit our frozen lands and seas ‘need one thing more than any other – and that is for the planet to stop warming… It’s now up to us to make that happen.’

The words pluck at the heart strings, and that’s the point. In a moment, Attenborough switches from beautiful animals to politics. No charts, no mediated scientific explanations: just emphatic propaganda. And it is the same tale with the second programme in Attenborough’s new series: polar bears must now travel 400 miles to eat seals, melting ensures that killer whales are killing more bowhead whales than ever, walruses ‘face a precarious future’, and it is uncertain whether polar bears will ‘survive into the next century’.

This sort of gambit is not just vague, and economical with the truth. Through omission, it suggests that we human beings can neither ship food nor perform any rescues to save animal species which, in the decades to come, may – or may not – face worsening climatic conditions in the Arctic. It implies that the only way we can prevent extinctions is by curtailing our consumption. This is a message typical of the emotional blackmail that greens love.

Back in 1945, George Orwell scorned what has become the Attenborough approach. Writing a review of a 1907 short story by the overrated, leftish author Jack London, Orwell attacked what he called ‘the Anglo-Saxon sentimentality about animals’, adding that because of the influence of Social Darwinism in London’s day, ‘there seems to be good reason for thinking that an exaggerated love of animals generally goes with a rather brutal attitude towards human beings’.

So don’t be fooled. Attenborough thrives on making us feel guilty about us supposedly murdering our furry friends through our selfish behaviour. This is not ‘the science’. It is manipulative speculation.