This is Sweden’s populist moment

The right-wing Sweden Democrats are exploiting the failures of a globalist political elite. 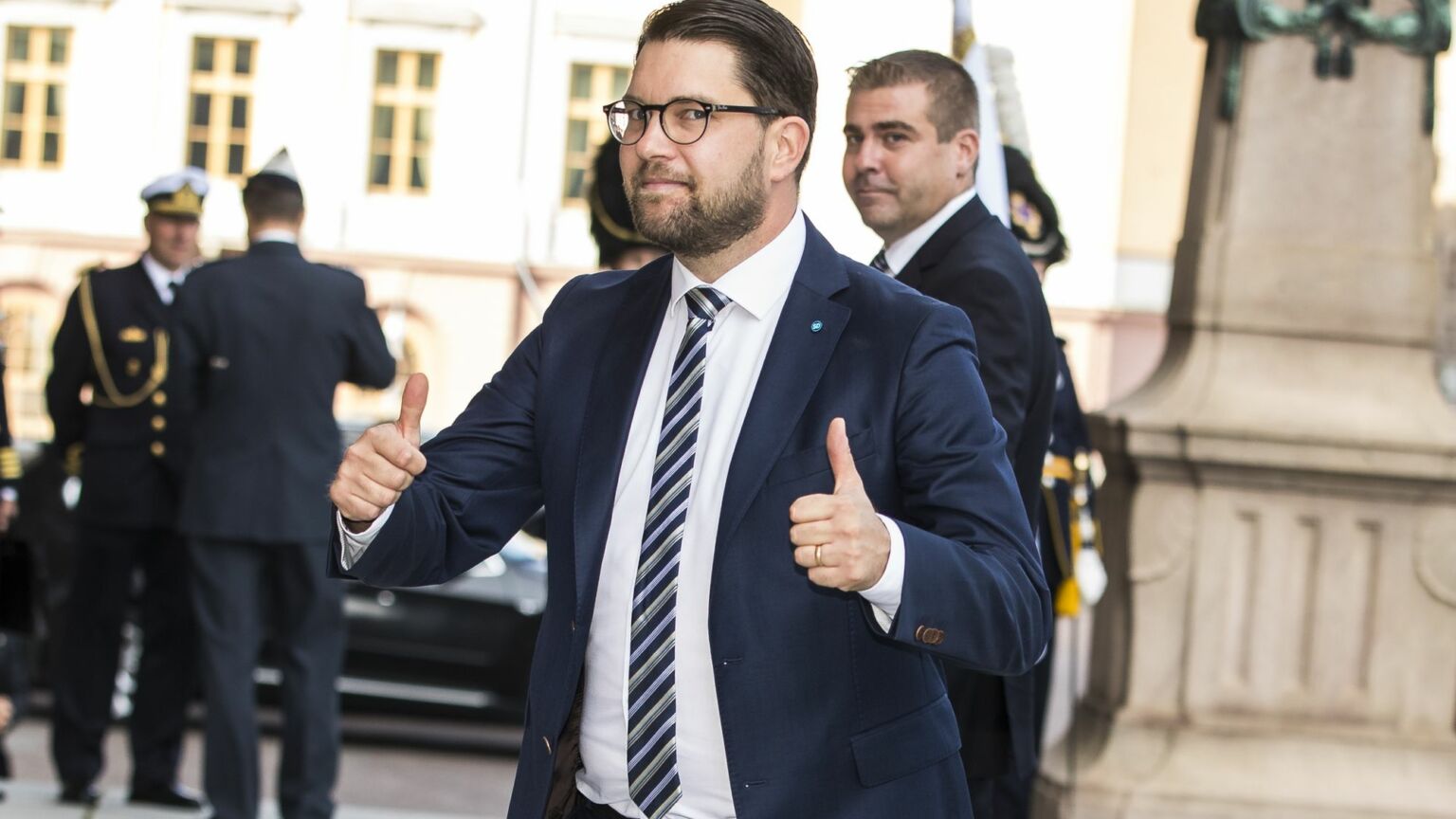 The Sweden Democrats are on the brink of a huge electoral breakthrough. In the run-up to today’s General Election, polls have suggested the right-wing populists could become Sweden’s second-largest party, and the dominant force among the right-wing opposition. If the right wins – and currently it is level-pegging in the polls with the centre-left bloc led by the Social Democrats – there is even a chance that the Sweden Democrats could enter government.

The potential success of the Sweden Democrats, known for their strong anti-immigration stance, has been a long time coming. When the last General Election was held in 2018, it was clear to me that the decline of the left-leaning Social Democrats, long the dominant force in Swedish politics, had created a space for a Swedish populist movement. It now looks as if the Sweden Democrats are about to occupy that space.

This scenario would have been unimaginable up until very recently. The Social Democrats had dominated Sweden’s politics for much of the 20th century. From the 1930s onwards, the Social Democrats had peddled a highly effective narrative of democratic nationalism, rather than class struggle. This allowed them to appeal to Swedes as a community of citizens, rather than as disparate interest groups. In doing so, the Social Democrats disarmed would-be Swedish Nazis and opened themselves up to political alliances beyond the working-class, from farmers to the middle classes – groups that would have been suspicious of traditional socialism.

The Social Democrats also forged a détente with industry and business elites, laying the groundwork for the Social Democrats’ formal acceptance of the market economy in 1938. In return, the state took an active role in managing the economy and in industrial policy, an endeavour that came to be known as the Swedish Model.

But in the 1990s the Social Democrats’ hegemony began to crumble, as all the mainstream parties became globalists of one sort or another. On the right, the Moderate Party embraced globalisation and neoliberalism, and the Centre Party, which started life representing conservative farmers, became borderline libertarian. And on the left, the parties abandoned all ideas of class in favour of globalist notions of human rights and global civil society.

As a result, the main parties, including the Social Democrats, have progressively retreated from the nation state and citizenship – in some ways the very basis of the Swedish Model – in favour of globalism and identity politics.

As I noted at the time of the 2018 election, this cross-party retreat from nation and citizenship had opened a gap for the Sweden Democrats to fill. It was clear then that many Swedes still thought that Sweden exists, that citizenship is important, and that national community and culture matter. The Sweden Democrats appealed to this constituency and quickly grew from a small party at the margins of political life to a major party at its centre. Today, only the Social Democrats poll higher.

Four years ago, even in the wake of the 2015 refugee crisis that brought over 160,000 refugees to Sweden, the Sweden Democrats were still a pariah party. They were politically untouchable, their anti-immigration stance casually dismissed as an updated version of their xenophobic, far-right history (the party was a direct successor to the far-right Sweden Party).

But today, the claims of the Sweden Democrats, especially about the detrimental impact of high levels of immigration and poor assimilation, are not so easily dismissed – because the concrete consequences of the post-national policies of Sweden’s political elites have become all too apparent.

Growing immigrant communities, with high unemployment levels, are increasingly ghettoised and poorly integrated. Gang violence is now rife among such communities, so much so that Sweden’s murder rate is now one of the worst in Europe. These problems are no longer confined to suburban neighbourhoods in the large cities of Stockholm, Gothenburg and Malmö. They are now also visible in many middling-sized cities and towns.

The focus on the Sweden Democrats’ xenophobia has tended to blind politicians to the reality of this situation – a reality their own policies have helped to create. Sweden’s elites are not alone in this regard. Across the West, national governments have overcommitted to globalism at the expense of their own nations. But perhaps none more so than Sweden – even among its Nordic neighbours, it stands apart.

As the Norwegian sociologist Grete Brochmann has shown, Norway, Denmark and Sweden share similar traditions of strong welfare states and social rights, but have taken markedly different routes when it comes to managing immigration. Compared with its Scandinavian neighbours, Sweden is far more open to migrants and has a far looser view of citizenship. Many of the necessary ingredients for assimilation – such as the ability to speak the Swedish language or to be economically self-sufficient – are not expected of newcomers to Sweden.

With daily media reports of murders, gang violence and drug wars, Swedish politicians are being forced to recognise the problems created by their own policies. The Social Democrats, in particular, have started to adopt stronger rhetoric and tougher policy on immigration and integration.

But there are limits to the Social Democrats’ ability to adapt. They remain ever-sensitive to criticism from the left, as they are dependent on the support of the Left Party, the Green Party and the Centre Party to form a majority government.

But the right-wing coalition is vulnerable, too. Most Swedes are not amenable to the narrow ethnic conception of Swedishness espoused by the Sweden Democrats. Many are also sceptical of the traditional family values preferred by the Christian Democrats, and are suspicious of the Moderates’ ambivalent attitude towards the state. In the main, Swedes want national democracy, a robust welfare state and an immigration policy that is still reasonably open but more intelligent and hard-headed – an offering not a million miles away from that of the Social Democrats.

So the Social Democrats could still win this election. But whether they’re successful or not, they must step back from globalism and start telling a coherent story about Sweden’s future.

Lars Trägårdh is a Swedish historian and co-author, with Henrik Berggren, of The Swedish Theory of Love: Individualism and Social Trust in Modern Sweden.