‘Swedish politicians have abandoned the nation’

Historian Lars Tragardh on the rise of the Sweden Democrats. 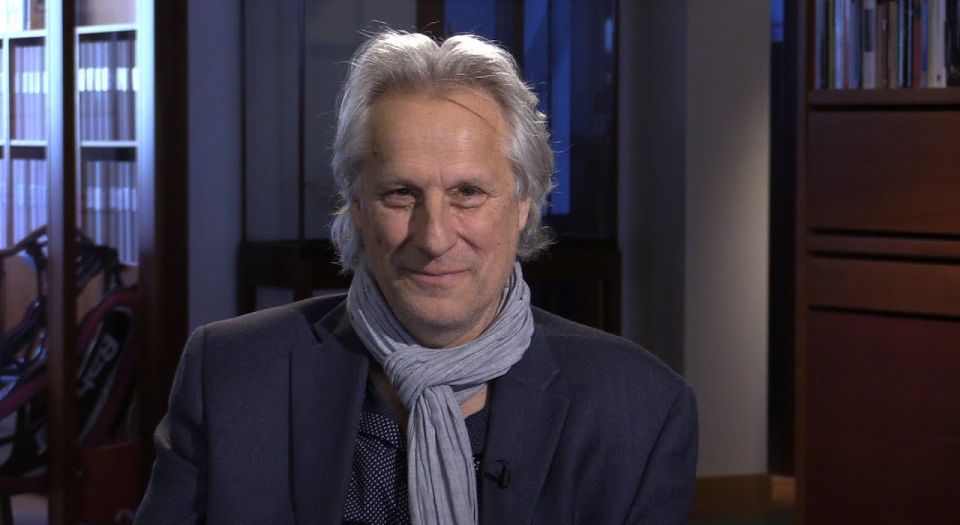 Sweden is celebrated internationally for its stable social democracy and its humanitarianism. But as Sweden goes to the polls this weekend, it could be the latest country to experience a populist revolt. The ruling Social Democrats, the most successful centre-left party in Europe, are expected to win, but with a significantly reduced vote-share. Meanwhile, populist upstarts, the Sweden Democrats, who gained their first seats in parliament just eight years ago, are expected to have their best-ever showing. Polling figures vary wildly, but with no mainstream bloc likely to command a majority, an upset is on the cards.

spiked caught up with Swedish historian Lars Tragardh to discuss what lies behind Sweden’s populist moment.

spiked: How do you account for the rise of the Sweden Democrats?

Lars Tragardh: The big story is the decline of the left-wing Social Democrats. From the 1930s onwards, they were an extraordinarily successful party. In part, this was because they embraced the nation.They were able to produce an effective narrative of democratic nationalism. They also dropped the language of class struggle and took up a much broader notion of a country of citizens, who belong together.

But in recent years a perfect storm has emerged in relation to the nation state. All the mainstream parties are occupied by globalists of one sort or another. On the right, the Moderate Party went in a neoliberal, globalist direction. The Centre Party, which began as a party for farmers, is now borderline libertarian. On the left, after the fall of the Berlin Wall, the influence of the 68ers was in decline and there was a general sense of exhaustion with the Social Democrats’ economic policies. A new kind of left-wing idealism started to emerge in the name of human rights and global civil society. The nation started to be demonised as racist, xenophobic and exclusionary. The left also wedded themselves to identity politics.

Over time, this has opened up a gap for the Sweden Democrats to fill. A lot of people still think Sweden exists, that citizenship is a legitimate idea and that national community and national culture matter. Like in many Western countries, Sweden has an elite that has overinvested in globalism and underinvested in ordinary politics at the national level – the elite has forgotten that the only democracy we have takes place within the nation state.

spiked: How central is the issue of immigration to the populist moment?

Tragardh: It is important to have some nuance here. The fact is that attitudes to immigration, in particular to economic immigration, are generally positive. Sweden has a very long history of successful immigration since the 1940s. But in the postwar period, immigration was always linked to the labour market. Effectively, even those who came to Sweden nominally as refugees were treated as economic migrants. Pretty much the day after they arrived, they were in work and their employers paid for language instruction. There was no discussion of multiculturalism – everybody understood that when you come to a new country, you learn the language and try to figure out the customs and do your best to adjust to it.

But things are very different today. After the 1970s oil crisis, lots of restrictions were placed on economic migration. This was at the behest of the trade unions, who wanted to limit immigration to control the supply of labour and keep wages up. Over time, there was a slow erosion of successful economic immigration, which came to be replaced with a humanitarian-led policy which prioritised refugees. In 2015-16, there was an acute sense of crisis. But the numbers arriving are much lower now and we are seeing more and more integration into the labour market, so I’m optimistic.

I currently head a research project on social trust, and when I look at our data Sweden stands out as a country where national identity is not coupled to ethnic notions, but instead is more civic and citizenship-based – it prioritises demos, not ethnos. This creates a context of openness. But at the same time, our data on Swedish values tells us that work is absolutely crucial. There is no tolerance for people who don’t work. Sweden is not a country of free lunches. We have a social contract based on citizens who work, pay taxes and thus – and only thus – earn social rights. National identity is open, but it’s also very demanding.

spiked: Did that social contract break down in the wake of the refugee crisis?

Tragardh: Yes. Over 160,000 people arrived over the space of a few months, some of whom were illiterate and very few spoke the language. They entered a country with a high-octane labour market that requires all sorts of skills. Of course this creates problems in the short-term.

After the Second World War, Sweden adopted a secondary national identity as a ‘moral superpower’. So, internally, there’s a very tough attitude towards work. We hate charity – the whole welfare state is built to get away from charity. We don’t want to stand cap-in-hand, we want to work, earn our own rights and not be beholden to middle-class do-gooders. But when it comes to people abroad, that logic seems to no longer apply.

There’s been a long tradition in Sweden of giving money to the starving children in Africa. But when you have a large number of refugees, that relationship becomes domesticated. Suddenly, you have these two different logics operating within the same country. On the one hand, we expect our own citizens to work and to work hard. But for others, it is enough to just exist. You arrive with human rights and that means that you should be given certain privileges. I’m exaggerating, of course, but you get my point.

The tension between being a moral superpower and the social contract has bothered a lot of people. You have pensioners who are poor, there are problems in schools, there are queues in our hospitals. People are asking where are the rights of citizens who have been paying into this system for years – why doesn’t anyone care about them? That’s where the Sweden Democrats have very effectively stepped in.

spiked: Sweden is often celebrated by British politicians for its model of consensus. Has the populist surge disrupted that consensus?

Tragardh: You’ll see lots of articles saying that Sweden is facing the end of social democracy and the Swedish model. But it is too hasty a conclusion. All the mainstream parties are still refusing to talk to the Sweden Democrats – they say that they are Nazis. But the fact of the matter is that the Moderates and the Social Democrats have started to agree with the Sweden Democrats on immigration. If you start to add up on the numbers, it looks like a consensus!

Everything in Sweden basically works. Of course, our public services have problems. But there is no party that is seriously considering dismantling the welfare state. It is very popular and it works well. Sweden’s economy is doing really well and there is virtually no unemployment. Something is clearly working, so it is not as if you need a revolution. And if you actually look at the Sweden Democrats’ policies, they might be flirting with some conservative ideas about the family and gender relations, but they are enthusiasts for the welfare state like everyone else. I understand the needs of journalists abroad to dramatise what’s going on in Sweden, but Swedish society is not breaking down.