The New York Times is eating itself

Why is the world’s most liberal newsroom being accused of racism? 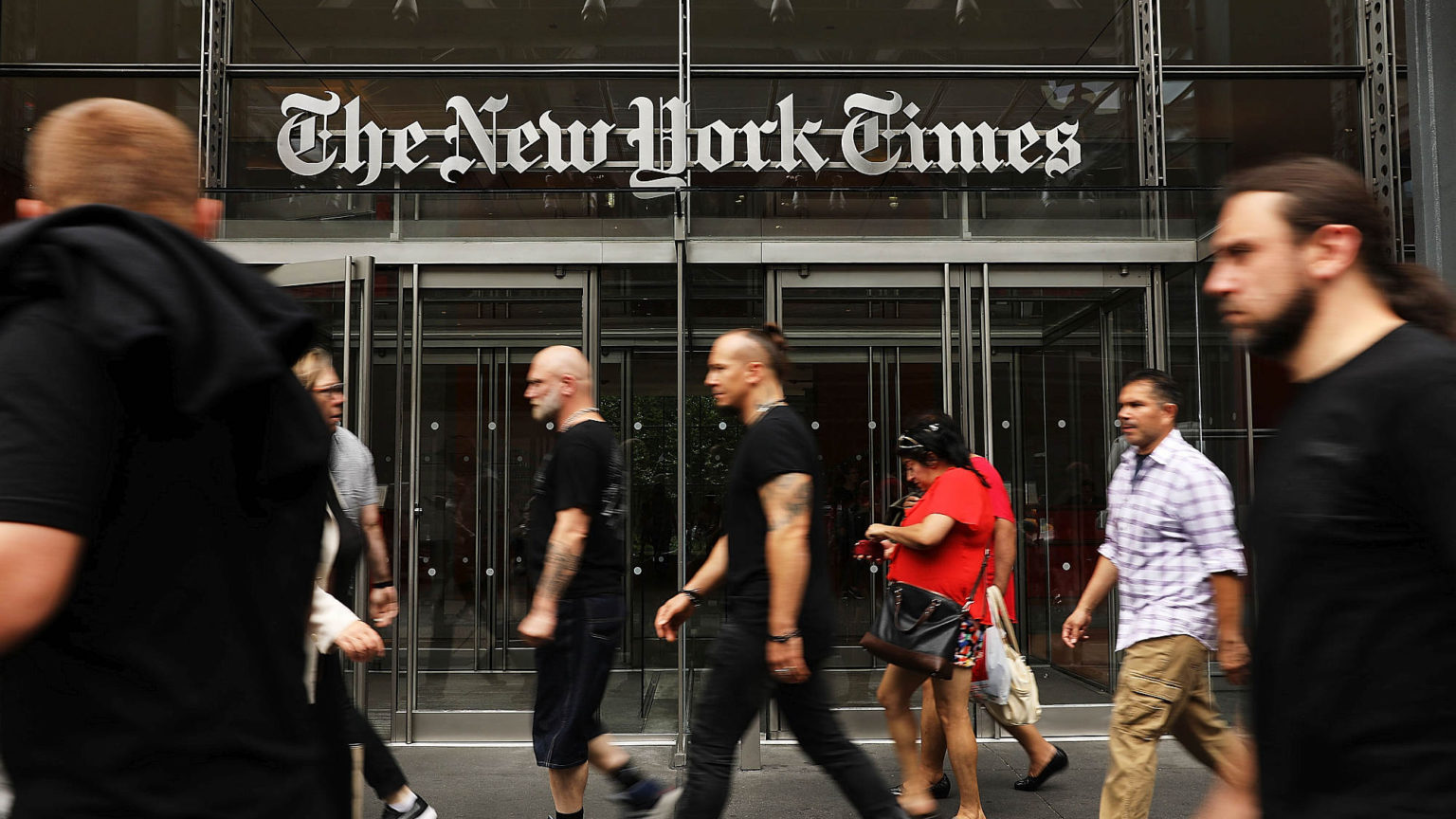 Gather round, children, it is time for another instalment in our fun-filled series of Watch the Woke Newsroom Eat Itself Alive.

This week a new report by the New York Times Guild – the New York Times chapter of the national journalists’ union, NewsGuild – contained a great bombshell: ‘The New York Times’s performance-review system has for years given significantly lower ratings to employees of colour, an analysis by Times journalists in the NewsGuild shows.’ And in 2020, not a single black employee was given the ‘highest rating’ in employee evaluations, while ‘white employees accounted for more than 90 per cent of the roughly 50 people who received the top score’.

This has been widely interpreted as as a sign of ‘racial bias’ and even ‘racial discrimination’ at the Times.

I haven’t set foot in the Times newsroom for a long time, and obviously I have no knowledge of the individuals whose evaluations are being questioned by the union. So I am neither defending the report nor denying its veracity.

I can confirm, however, that when I worked there – back in the olden days, before woke millennials made skin colour a major topic of conversation among the journalistic elite – I did not meet a single racist. The vast majority of the people I worked with were the most open, liberal, high-minded, Upper West Side-dwelling, well-meaning people I have ever had the pleasure of knowing. There were a few grumpy old-timers tucked away in their messy cubicles. But even within the ultra-focused, deadline-driven environment, the vibe on the whole was more 1970s Sesame Street than 1950s Alabama.

Nonetheless, the New York Times Guild’s racism report found: ‘The [racial] disparities have been statistically significant in every year for which the company provided data, according to the journalists’ study, which was reviewed by several leading academic economists and statisticians, as well as performance-evaluation experts.’ The union says it also controlled for age, gender and length of service.

I’m far from a statistics maven. I hew more to the line, first spoken by some dead white guy, that ‘There are lies, damned lies and statistics’. But I can’t help but notice some language games at work in the report. For instance, ‘being Hispanic’ and ‘being Black’ is said to have ‘reduced the odds of receiving high ratings’ by 60 per cent and 50 per cent respectively. Isn’t there something in statistics about correlation not indicating causation? Even the questions in the evaluations – which focus on whether employees meet undefined ‘expectations’ – seem too vague to draw too many conclusions.

So what does the wider context show us? As has been well documented, in recent years the Times has been a huge purveyor of race-based storylines (the 1619 Project being the most famous example). And it has rigidly upheld the new racial orthodoxies in its internal culture. See: the departures of James Bennet in 2020 and of Donald McNeil in 2021, who each fell afoul of the woke code espoused by a new generation of staff.

It is, of course, possible that at the same time as the United States as a whole became far less racist, the Times secretly hired a bunch of racist managers. But is it likely?

Remember, this is the same newspaper that published headlines like these: ‘Is the White Church Inherently Racist?’, ‘The Housewives of White Supremacy’ and ‘How White Women Use Themselves as Instruments of Terror’. So are we now supposed to accept at face value that this newspaper is punishing staff because of their non-white skin colour?

A far more likely explanation is that the new obsession with racism means we are discovering it in places where it probably doesn’t exist. White liberals, desperate to be seen as ‘allies’, can barely disguise their zeal to unmask the inner racists that apparently lurk deep inside us all.

Equally, the racial accusations could simply be part of a wider tussle between staff and management over more bread-and-butter issues. Indeed, there are real economic problems facing media employees in today’s market – even if many journalists come from affluent backgrounds.

So it is interesting to note that on the same day that the New York Times Guild made its claims of racial discrimination, Axios reported that it is currently engaged in ‘tense bargaining’ and ‘stalled contract negotiation talks’ with the paper’s management over staff contracts, while union members are reportedly ‘flood[ing] management with coordinated emails’.

Could the guild be using its discrimination report as a negotiating tactic? It would be accusing NYT management of the gravest sin possible in liberal America – racism. If that is the case, it would be yet another example of one of the most unpleasant features of our current culture war – where people pose as social-justice warriors to gain status and prestige in the woke workplace.

All of this is bad news for journalism. Forming a circular firing squad, with bullets dipped in rancorous racial discourse, will not solve the economic problems confronting journalism – and it will certainly do nothing to help journalism’s credibility crisis. When you weaponise wokeness, just like crabs fighting in a bucket, everyone gets pulled down eventually.