Our woke elites cannot help but turn this brilliant moment into a pompous lecture. 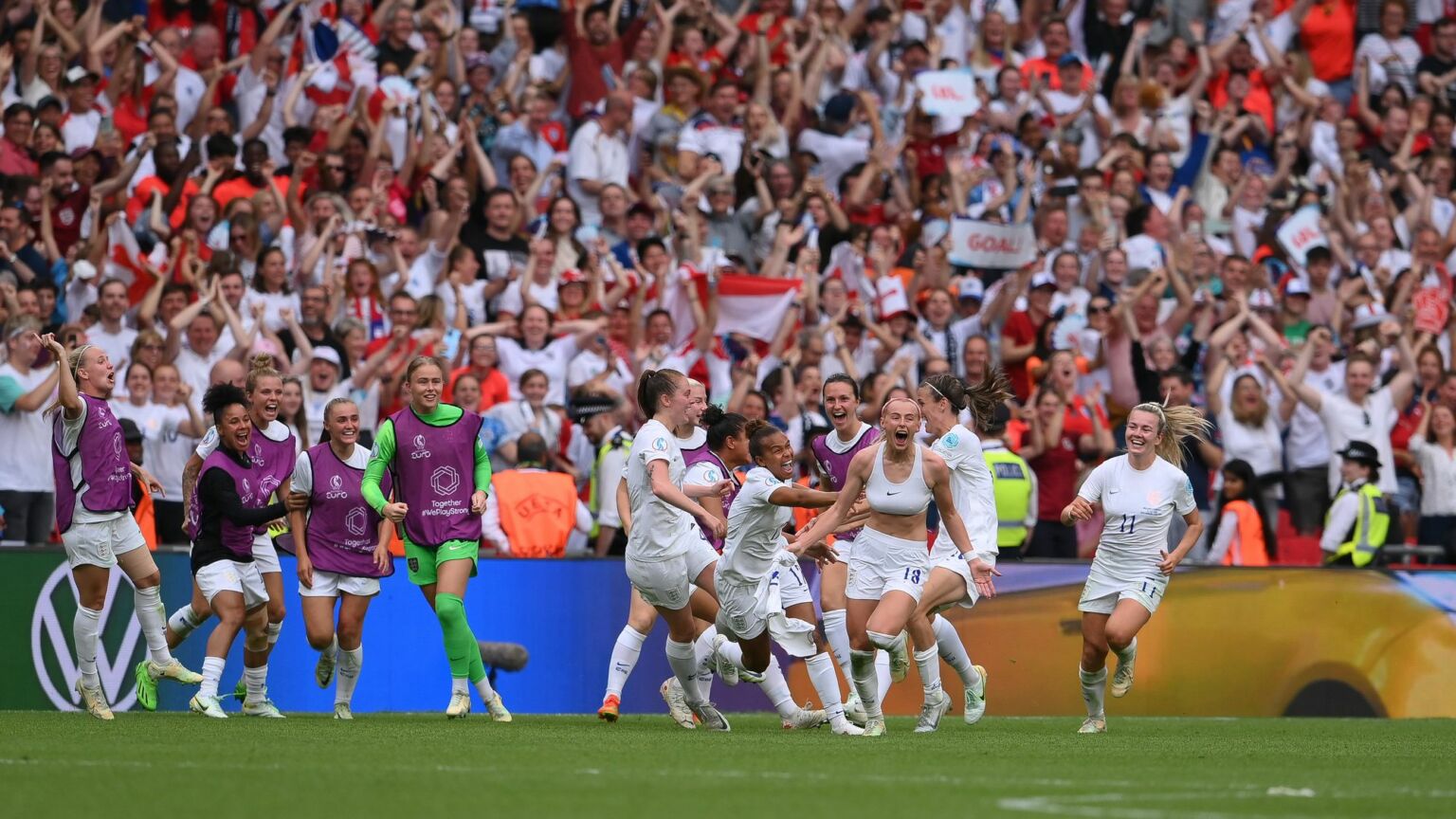 They’re going to ruin it, aren’t they? For now, the Lionesses’ sweet victory on Sunday in the women’s Euros final is giving our troubled nation a much-needed pick-me-up. We’re still basking in the afterglow of that brilliant victory and the team’s spontaneous outbursts of joy after it – whether we’re talking about Chloe Kelly tearing her top off on the pitch or the team bursting into manager Sarina Wiegman’s press conference in perfect conga formation, singing ‘It’s Coming Home’. Just a few days on from the final, ‘Three Lions’ and ‘Sweet Caroline’ are still ringing in our ears.

But sadly, I fear the warmth of this moment just won’t last. The usual suspects just cannot let England’s victory be. Everyone from the BBC to the broadsheet sports pages to the blue-checks of Twitter is determined to mine the final for a ‘teachable moment’. The triumph of the Lionesses is already being co-opted by the cultural elites. They have spied in it a golden opportunity to ‘reset’ the game of football and push identity politics.

Take all of the discussion about how the women’s game is so much more lovely and kind and calm – both on and off the pitch. We keep hearing that women’s football is a gentler, fairer sporting spectacle. According to the i newspaper, it’s less dirty, with fewer dives and less cheating. Female footballers are even said to be nicer to the referee. And, of course, the England women won a major tournament where the men have so often failed. ‘If you want something done, ask a woman’, said a cringeworthy Nick Robinson on the Today programme yesterday.

It’s deeply patronising stuff. Whatever physical differences there are between men and women, female footballers are clearly just as driven, tough and, yes, as conniving as the men. Certainly, that is the view from Germany, whose best-selling tabloid Bild claims its team were ‘cheated’ on Sunday by an England handball. Those talking about the saintly women’s game, set against the toxic blokes, are peddling in crude stereotypes.

But, in the main, it is the fans who have been the target of all this chatter about the women’s game being so much nicer and better than the men’s. We are constantly told that the atmosphere at Wembley was much more ‘welcoming’ and ‘family friendly’ during the women’s tournament – that is, without the usual football crowd. With the women’s Euros, it seems, the great and good could finally enjoy an England match without the ‘toxic fan culture’. There were no ‘drunken knuckle-draggers yelling obscenities’ to spoil their day out. There was apparently no swearing, no fights and not an arse flare in sight.

Football fans are now all too accustomed to being smeared as potential racists, abusers and homophobes. Barely a match goes by without some campaign ad against ‘hate’ flaring up on the TV or match-day screens. And the women’s Euros were no different. The EE-sponsored ‘Hope United’ campaign, which ran throughout the tournament, was very clearly targeted at football’s ‘traditional’ male audience, rather than the largely female newcomers. To ram the message home, it featured England men’s manager Gareth Southgate delivering a lecture on ‘sexist hate’.

The message of all this could hardly be clearer: football fans are usually drunken, boorish bigots. They’re animalistic scum who are only ever one missed penalty away from going on a hate-filled rampage. This is the contempt with which the cultural elites view football fans. The Nu Football crowd has long sought to sanitise the sport. To swap the working-class passions and vulgarities of regular fans with the more ‘family friendly’ vibes they seem to enjoy. To turn stadiums into safe spaces. To rid the beautiful game of its supposedly ugly supporters. And their reaction to the Lionesses has only made this more explicit.

We can’t let the Lionesses’ victory be spoiled by all this – by this crude stereotyping that demonises men and patronises women. We can’t let them undermine what was so universally inspiring about England’s triumph on Sunday. And we certainly can’t let it become an excuse for the footballing elites to further sanitise the sport. That is no way to pay tribute to our glorious Lionesses.