These farmers are fighting for us all

We are witnessing a global revolt against the irrationalism of the elites. 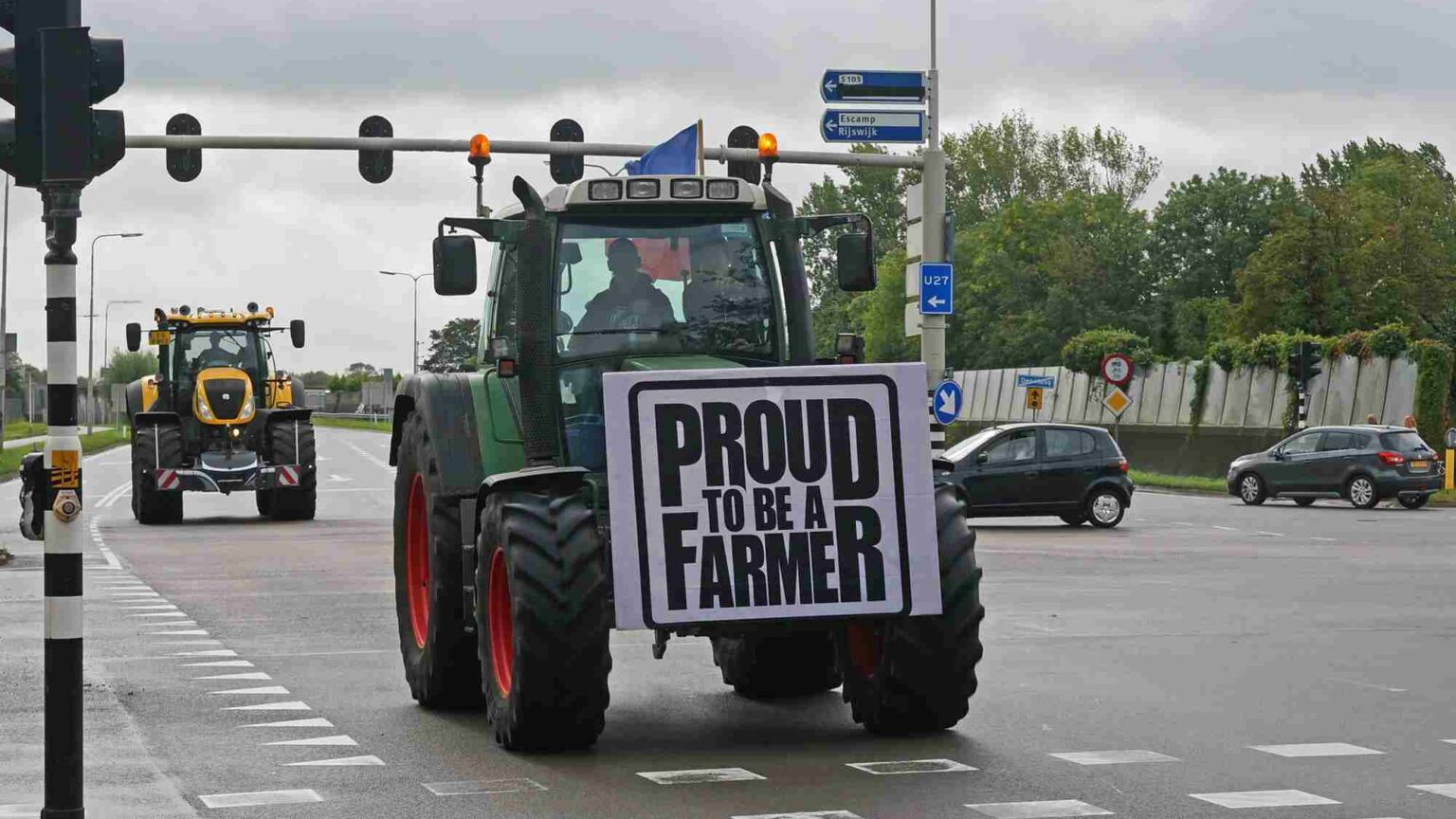 This strange, sunny week has provided the best proof yet that the West’s elites have taken leave of their senses. That they have fully retreated from reason, and from reality itself. As farmers and workers across the world continue to rise up against the tyrannical consequences of climate-change alarmism, what are the elites doing? Engaging in yet more climate-change alarmism. Wringing their hands over the hot weather and its forewarning, as they see it, of the manmade heat-death of the planet that is apparently just around the corner. They continue to peddle the very politics of eco-dread that is whacking farmers and the working class and storing up problems for us all.

The contrast could not have been more stark. On one side we have farmers everywhere from Ireland to the Netherlands to, of course, Sri Lanka making it as plain as they can that the warped ideology of Net Zero will make it harder for them to produce the food that humanity needs. And on the other side we have the Net Zero fanatics of the upper middle classes continuing to push their dire, destructive green ideology. The heatwave proves we must cut emissions even faster and more severely, they tweet in their breaks from sunning themselves in their spacious gardens, even as farmers tell them that the zealous obsession with cutting emissions will make it harder to grow crops. So this is where we’re at – with a ruling class more invested in fact-lite narratives of apocalypse than in the basic responsibility of a society to make food.

This politics is best understood as luxury apocalypticism. It is clearer than it has been for a very long time that the fantasy of the end of the world, of marauding, industrious mankind polluting itself into oblivion, is something only the well-off and time-rich can afford to indulge. The dream of eco-doom is a simultaneously self-hating and self-serving political narrative. It expresses the elite’s turn against the very modernity they helped to create while also flattering their belief that only they can save us. That only their plans to slash emissions, to cut back on global travel and generally to shrink the ‘human footprint’ can hold Armageddon at bay. The great benefit of the global revolt of farmers and workers is that it is injecting a truth and a realism into public discussion that might just help to push back the luxurious and ruinous ideologies of the new elites.

Everywhere, farmers are saying ‘Enough’. In the Netherlands farmers have been revolting for weeks against their government’s perverse demands that they slash their use of nitrogen compounds. The Dutch government, under pressure from the EU, has committed itself to cutting its nitrogen emissions in half by 2030. This would entail farmers getting rid of vast numbers of their livestock, crushing their ability to make a living and to produce what needs to be produced. So we have the truly surreal situation where Dutch farmers are protesting in their thousands for the right to feed the people of the Netherlands while the elites of the Netherlands demonise them, harass them and even shoot at them. I can think of no better illustration of the loss of logic and humanity within the modern elites than this strange spectacle.

‘Let us make food!’ ‘No!’ This, essentially, is the argument currently taking place between aggrieved farmers and workers and the green ideologues of the 21st-century bourgeoisie. In Sri Lanka there is widespread political tumult, much of it a response to the former government’s harebrained embrace of organic farming and its ban on the import of fertilisers, which had a seriously deleterious impact on the ability of farmers to grow foodstuffs. In Ireland the government has suggested that emissions caused by farming will need to be cut by between 22 and 30 per cent if Ireland is to ‘achieve [its] climate goals’. Irish farmers have expressed their ‘grave concerns’. They say these severe cuts could cost Irish farming €4 billion and lead to 58,000 job losses a year. Who would make food then? Graphic designers in Dublin?

We forget at our peril how central modern farming is to food production. Following the Green Revolution of the 1950s and 60s, agricultural production shot up and transformed human existence. More intensive, non-organic forms of farming increased the average global food supply from around 2,000 kcal per day in 1961 to almost 3,000 kcal per day in 2017. As one observer says, ‘We must never take the relative rarity of starvation in modern times as a given’. No, it is a direct product of the move away from ‘organic’ farming and towards modernised agriculture. Modern farming doesn’t only produce more food – it also does so more efficiently, on less land. As Matt Ridley has pointed out, if we wanted to feed humanity in 2022 using the organic farming methods of 1960, we would need to use twice as much land as we do right now.

It is truly bizarre that pressure is being put on farmers to cut back on emissions, which really means to produce less food. This captures just how entrenched, and unhinged, the cult of green thinking has become among the new elites. So much so that they now prefer to larp as saviours of the planet from a fantasy doom than they do to think carefully about how to generate enough food and wealth to ensure that everyone can flourish. This is where it becomes clear that the otherworldliness of our rulers is not only annoying and often free of fact and reason – it is dangerous, too. An elite that spends more time fantasising about an environmental Judgement Day than it does thinking about how to meet the needs of the population, which sees sunny weather as a sign from Gaia that we must sacrifice things like farming and food production to appease the angry gods of climate change, is an elite that has lost the moral plot. It is an elite that can no longer be trusted.

It isn’t only farmers who are rising up. And it isn’t only the Net Zero derangement that is concerning people. Dutch fishermen and truckers have joined Dutch farmers in solidarity. People in Ghana are protesting against shrinking fuel supplies and power cuts. Cab drivers in Italy are taking to the streets over fuel prices. Farmers and other workers in Poland, Spain and Albania are protesting, too. People are fuming over the cost-of-living crisis, the economic impact of lockdown and the glaring inability of the elites to provide for all. Worse, the glaring inability of the elites even to acknowledge that providing for all should be the priority of society, and that it should matter far more than their own self-indulgent fearful fantasies.

This is why the global farmers’ revolt and the rising up of working people really matters. These rebels are not only demanding that their right to work and to live comfortably should be respected. They are also brilliantly confronting the delusions of the elites, who have got so lost in narratives of fear around climate change, lockdown and everything else that they can no longer see what is real and what is important. The shattering of the elite’s luxury apocalypticism should be seen as one of the key tasks of the 2020s.

Picture by: Kees Torn, published under a creative-commons licence.