Sinn Féin is now the party of Empire 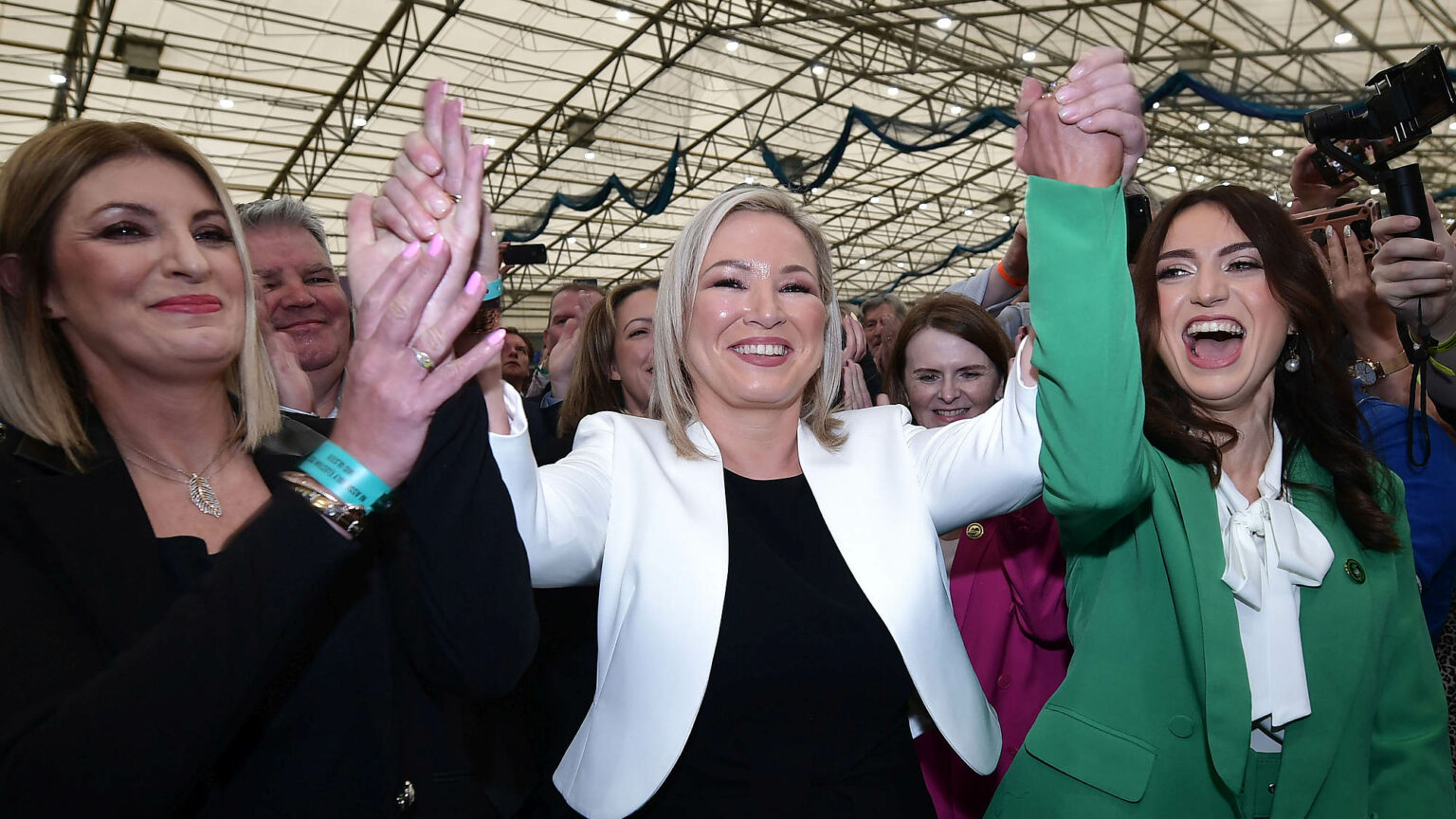 Reading the coverage of the Assembly elections in Northern Ireland, you could be forgiven for thinking it was 1916 all over again. Sinn Féin’s emergence as the largest party – with 29 per cent of the vote to the Democratic Unionist Party’s 21.3 per cent – has got Irish nationalists and their bougie sympathisers in Britain’s postgrad left hot under the collar. Memes about Irish reunification abound on social media. The Guardian alludes to the Easter Rising by quoting Yeats’ great line about how all has ‘changed, changed utterly’. This could prove to be the ‘most seismic event [in Ireland] since 1916’, says one writer.

To which our response should be: calm down. Or perhaps: catch yourselves on. There has been no nationalist uprising. No ‘terrible beauty’ has been born. We are not witnessing the completion of the Irish Republic declared in Dublin 106 years ago. All that has happened is that Sinn Féin’s vote increased by 1.1 percentage points – yes, really, 1.1 percentage points – and the Unionist vote has become more divided, less clarion. Irish nationalists have not stormed into Stormont on a groundswell of fervent republican sentiment. No, they are merely the beneficiaries of the post-Brexit disarray of Unionism and the political tribulations of the Democratic Unionist Party in particular. To understand what is happening in Ireland it is important to recognise that the key dynamic is the crisis of the Union, not the resurgence of deep feeling for Irish nationhood.

The excitement over Sinn Féin becoming the largest party has been so over the top that some of the headlines have just been misleading. Consider the New York Times. ‘Northern Ireland [has] turned to Sinn Féin’, it says, giving the impression of a significant shift among the people of the Six Counties towards SF. In truth, Sinn Féin won the exact same number of seats it won last time round, in 2017. That is, 27, out of the Assembly’s 90. That’s actually one fewer than it won in the 2016 Assembly elections, when it was led by Martin McGuinness. Yes, Sinn Féin’s vote share has risen between 2017’s elections and last week’s, by 1.1 percentage points – or from 224,245 votes to 250,388. But that is hardly a revolution. Northern Ireland has not ‘turned to Sinn Féin’ – an extra 26,000 people have.

The real story is the demoralisation of Unionism. Sinn Féin is the largest party by default – the default being the splitting of the Unionist vote. The DUP’s vote fell by 6.7 percentage points. It lost three seats. The rise in votes for the Alliance Party – a largely middle-class ‘cross-community’ party that thinks Northern Ireland needs to move on from the national question – and Traditional Unionist Voice (TUV) – a hardline Unionist party that opposes power-sharing with Sinn Féin and any compromise with the EU – suggests the DUP bled the votes of both its more centrist, ‘respectable’ base and its more firmly pro-Union base. So Alliance’s vote went up by 4.5 percentage points and TUV’s by 5.1 percentage points – gains, no doubt, from disgruntled centrists and radicals respectively among those who would normally vote DUP.

It isn’t hard to see why Unionism is floundering. The Northern Ireland Protocol has transformed the status of Northern Ireland. It has led to the erection of a trade border in the Irish Sea and the creation of a Byzantine system of trade checks between mainland Britain and Northern Ireland. That is, between one part of the UK and another. So much for the restoration of sovereignty 17.4million Britons voted for in 2016. The DUP initially supported the Protocol and then U-turned. Many Unionists understandably view the Protocol as a political device that weakens the Union and keeps a part of this supposedly sovereign kingdom – their part – beholden to the rules and regulations of the EU. The Protocol dilutes British sovereignty to the end of making things easier for the EU and its market. And to those of us who believe in democracy, that is an egregious affront to the 2016 vote to take back control of our nation – all of it – from Brussels.

This is another reason why all the 1916 talk among excitable commentators is so wide of the mark. Because today Sinn Féin is not the party of national independence, it’s the party of Empire. It was once the political wing of the IRA – now, increasingly, it is the political wing of the new Empire, of the European Union. Sinn Féin fully backs the Northern Ireland Protocol despite the fact that it vigorously grates against democracy by keeping a part of the UK beholden to EU oversight against the wishes of the British electorate. Sinn Féin is now pro-EU, a stunning turnaround from its nationalistic Euroscepticism of the 1970s, when one of its leaders said he was ‘perplexed’ by the idea that Ireland should ‘surrender its sovereignty to an even bigger entity than Britain’. Gerry Adams recently described Irish unity as a solution to the supposed Brexit problem, as it would provide a way ‘back into the EU for citizens in the North [of Ireland]’. Irish unity was once seen by Sinn Féin as a democratic expression of Irish nationhood – now it is viewed as a sneaky means of placing everyone on the island of Ireland under the purview of the distant, unaccountable European Commission. That’s quite some turnaround, Mr Adams.

Sinn Féin famously means ‘Ourselves Alone’. The party urgently needs a name change. Its 2019 EU election manifesto was titled ‘All Ireland in Europe’. SF does not fight for a self-determining republic – it argues for a fuller, more complete absorption of Ireland into the neo-Empire in Brussels. That is, for the surrender of Irish sovereignty to an entity even bigger than Britain. This is why SF is now so fawned over by Guardianistas and the East Coast elites in the US: because they recognise it as a potential tamer of populism, as a friend to globalist power, as a thorn in the side of pesky Brexit Britain and its disobedient democratic rabble. Given Sinn Féin’s successes on both sides of the border in recent years, it seems likely that the EU and even the White House will look to this party to fortify the technocratic order in Ireland. Sinn Féin will have turned from a party devoted to liberating Ireland from Empire to a party charged with keeping Ireland bound to the Euro-Empire. A patsy party doing the bidding of foreign powers.

I have always supported the reunification of Ireland, but a United Ireland right now, in the current circumstances, would be bad for freedom, democracy and populism. It would be an Ireland united under the banner of sovereignty-diminishing EU rule and in explicit opposition to the rowdy democracy of its neighbouring state. It would be an outpost of the globalist order. And it would be a nation dominated by reactionary woke prejudice – witness Sinn Féin’s fulsome embrace in recent years of every identitarian diktat, from the trans ideology to intersectionality. The UK foreign secretary Liz Truss is reportedly preparing to unilaterally overhaul parts of the Northern Ireland Protocol. Good. Defending the Union is the essential democratic position we must now take, in order to hold at bay the vengeful EU and those forces that fear and oppose democracy and national self-determination.