Woke capitalism is a pox on the democratic process. 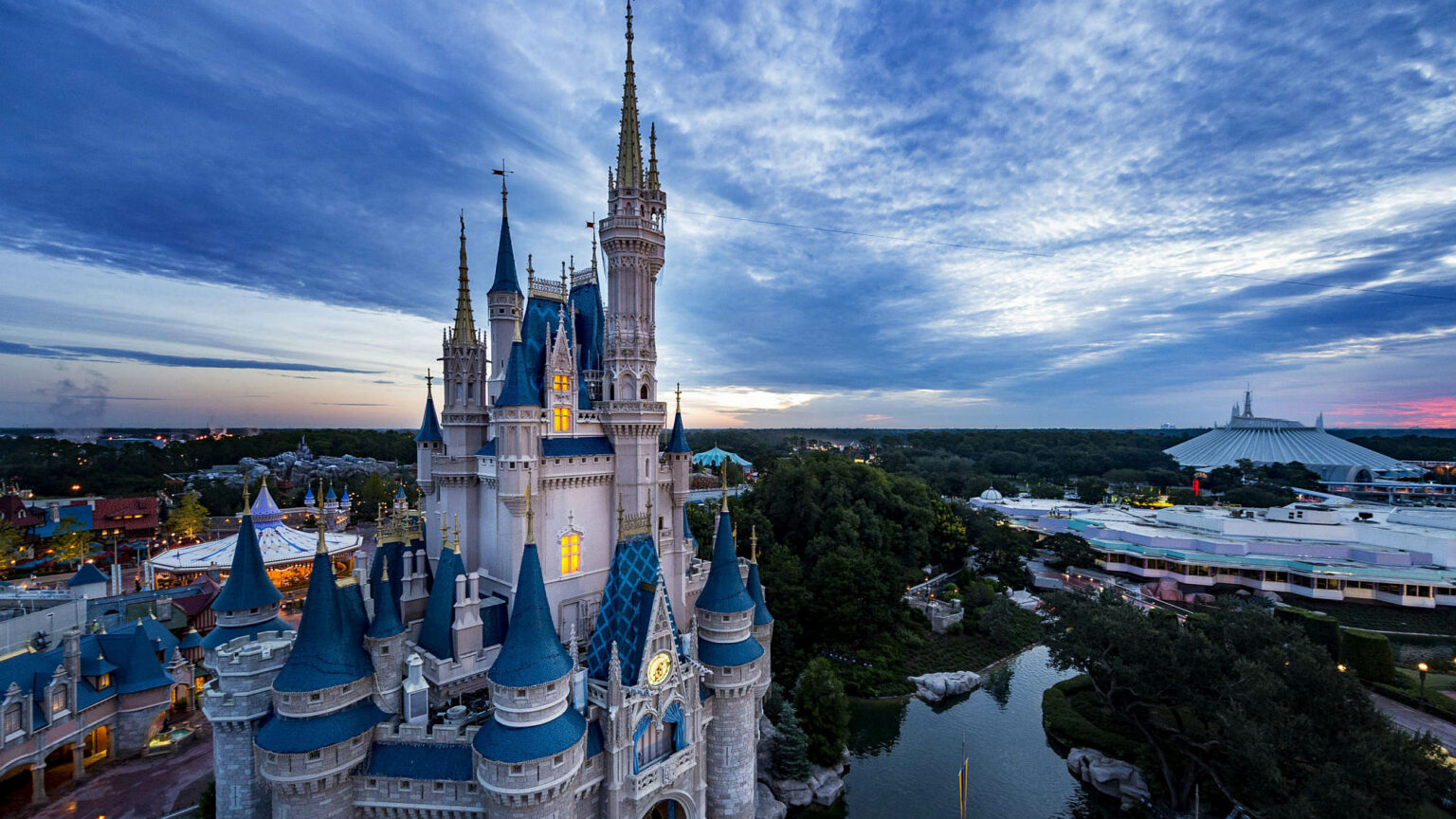 I’m old enough to remember when radicals were wary of capitalism. Some of them even wanted to overthrow it. Not anymore. Now the left is less interested in toppling the boss class than it is in begging bosses to meddle in democratic politics and put those pesky politicians in their place. Consider Disney vs DeSantis – or, to put it more accurately, Disney vs democracy – where the woke set is begging a multi-billion-dollar corporation to do everything in its power to stymie a bill drawn up by a governor elected into power by four million Floridians. ‘Capitalism, please save us from the masses!’ – this, folks, is where the left is at.

This is the case of the Republican governor of Florida, Ron DeSantis, and his strangely notorious House Bill 1557. I say strangely notorious because I cannot for the life of me understand why there was so much fuss and fury about this bill that was signed into law last week. Its opponents called it the ‘Don’t Say Gay Bill’ (which is apt, in a way, given it doesn’t mention the word ‘gay’ once). They claim it’s a rotten homophobic and transphobic law that will make life even tougher for sexually confused youths in Florida. It might even ‘erase’ them. Wow. What does the law propose? Banning trans people from public spaces? Outlawing gay sex? Nope. It simply says there should be no ‘classroom instruction’ on issues of ‘sexual orientation or gender identity’ for schoolkids under the age of 10.

That’s it. I would wager that large majorities of people agree that kids aged six and seven should not be given instruction – ‘detailed information about how something should be done or operated’, according to my dictionary – on sexual matters. I certainly do. Hyper-woke parents might want their offspring to be schooled on the 72 genders and to pledge allegiance to the trans flag rather than the Stars and Stripes, but most mums and dads would rather their kids did maths, English and gym than gay sex, genderfluidity and pup play. And the new law does not forbid teachers from saying ‘gay’. Those things can still be discussed, so long as it’s done in an ‘age-appropriate’ way, the law says. I’m sorry, but the identitarians raging against this law are in effect insisting that teachers should have the right to instruct seven-year-olds on sex and gender-fluidity even if it’s not appropriate. Which, to be charitable, is iffy as hell.

The woke response to DeSantis’s bill hasn’t just been odd and overblown – it’s been anti-democratic, too. This is where Disney comes in. Because Disney is huge in Florida – Walt Disney World Resort is there, and Disney employs no fewer than 77,000 Floridians – agitators against DeSantis’s bill looked to it to Do Something. Disney staff staged a walkout to try to pressure their bosses to ‘actively oppose’ the bill. Protesters waved placards saying ‘Disney, Oppose Florida’s “Don’t Say Gay” Bill’, with the word Disney in the ‘Waltograph’ font of the official Disney logo. It was a perfect snapshot of the perverse phenomenon of neoliberal ‘radicalism’, where woke leftists side with big corporations in pursuit of a supposedly progressive goal. This was a protest that doubled up as an advert for Disney; simultaneously a reprimand of Disney and a promotion of its famous logo. We’ve come a long way from Naomi Klein’s No Logo – now the apparently edgy set publicly and enthusiastically displays a corporation’s logo in an effort to compel said corporation to do ‘the right thing’.

Not surprisingly, Disney responded positively. Of course it did – it spied an opportunity to burnish its brand. ‘You needed me to be a stronger ally in the fight for equal rights and I let you down. I am sorry’, said Disney CEO Bob Chapek in response to the anti-bill agitators. That might sound like self-criticism (‘I let you down’), but don’t be fooled – it is pure self-aggrandisement. ‘You needed me’ is the key part of that bizarre text. Chapek is cherishing, embracing with open arms, the woke left’s insistence that he and his massive company play the role of moral crusaders against ‘problematic’ democratic politics. Why wouldn’t he – it’s a new moral revenue for Disney. So Disney has now vowed to ‘help repeal’ DeSantis’s law. It ‘should never have been passed and should never have been signed into law’, the company said in a statement. Disney says it will cut donations to pro-HB1557 politicians and actively support organisations seeking to overthrow the bill.

To which our response should be: who the hell do you think you are? Who is Disney to tell the state of Florida that it ‘should never’ have passed a law? What gives this corporation the authority to publicly demean a democratic process and to arrogantly declare that it will use its clout and its money to try to reverse that democratic process? Mr DeSantis was voted into power by 4,076,186 people. Mr Chapek was voted into his position as CEO of Disney by literally no one. In my view, this means Mr DeSantis’s political authority in Florida is exactly 4,076,186 times as large as Mr Chapek’s. If we are serious about ‘one person, one vote’, then the Disney CEO should have the same amount of political power as the person who cleans his office. Anything else is an affront to political equality.

Disney isn’t the only woke corporation sticking its snout into democratic politics. Last year, 120 CEOs, business leaders, lawyers and experts got together to discuss how to get rid of voting legislation passed in Republican states. Delta Airlines and Coca-Cola came out loudly against a voting bill democratically drawn up in Georgia. When North Carolina passed a ‘bathroom bill’ stipulating that citizens should use the bathroom that accords with their biological sex, big companies went nuts. PayPal pulled its plans to invest in the state. ‘How Corporate America Became the LGBT Movement’s Key Ally’, said one bizarrely effusive headline, with no one stopping to think if woke corporatism, with its bossing around of democratic legislatures, might not actually be a good thing. And of course more recently we’ve seen huge companies faithfully line up behind BLM and other fashionable causes, further boosting the presumed moral authority of the capitalist class to shape political thinking.

Whatever happened to the idea that just because you are rich that doesn’t mean you should have more sway in politics than Joe Average? The modern left moans constantly about the pollution of the political sphere by business interests and big donations, and yet it is more than happy to call on unaccountable corporations to slap down democratic laws it doesn’t like. Make it make sense! Democracy is on the line here. Do we believe that laws should be drawn up by the people we elect, or do we not? DeSantis’s bill is fine. For too long the woke elites have tried to use schools to socially re-engineer kids away from the values of their parents and towards the eccentric political and sexual ideologies of the new establishment, and this bill seeks to address that. It is an outrage that big business wants to use its economic power to scupper this perfectly legitimate democratic process. Many voters and parents in Florida are sick of being demeaned by woke elites and right-on bosses, and their voices must be heard.