The green industrial revolution is a lie

The UK's green sector has not grown in nearly a decade. 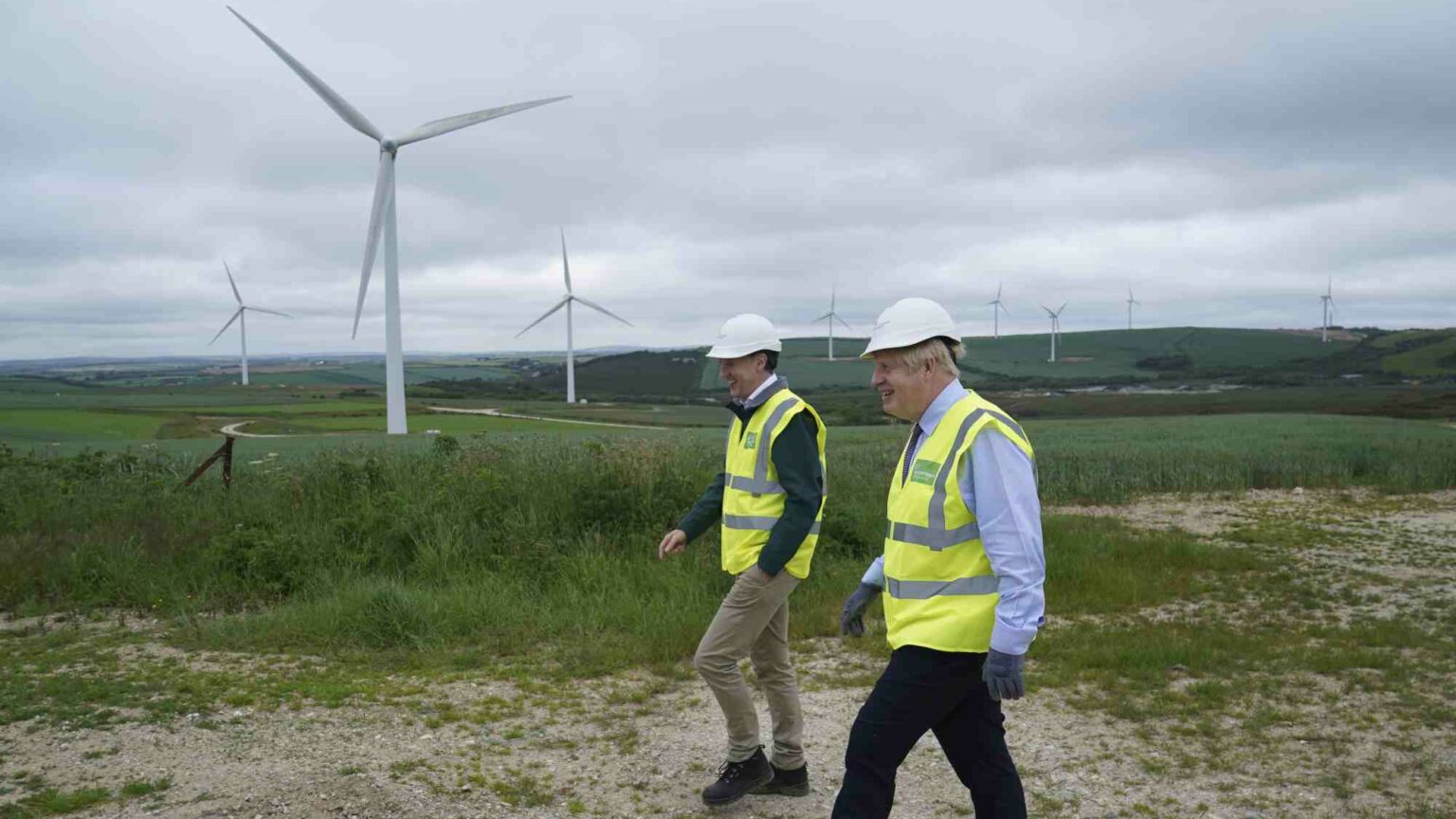 The Office for National Statistics (ONS) published data earlier this month which showed that the UK’s ‘low-carbon and renewable-energy economy’ (LCREE) had not grown significantly between 2014 and 2020. This performance is a far cry from the promises of plentiful ‘green jobs’ and a ‘green industrial revolution’ that have echoed around Westminster for the past decade and more. It turns out that the much heralded green growth was nothing more than mould.

This news should surprise no one. As I have argued elsewhere on spiked, the green industrial revolution is a lie. Since the 2008 Climate Change Act, successive governments have embraced the fantasy of leading the world in the ‘transition’ to a low-carbon economy. And it’s all been to no avail. The rest of the world continues to increase its consumption of fossil fuels despite endless COP meetings, and Britain’s green industrial revolution stubbornly fails to materialise.

Back in 2009, the then Labour government, led by Gordon Brown, claimed the green economy was already thriving. He promised to add 400,000 new ‘green jobs’, taking the total number of people working in the green sector to 1.3million. These claims were based on proprietary data produced by an economic research company, which refused to share its data, as did the government even after freedom-of-information requests.

Even without access to the data, I was already able to point out in 2009 that growth in the ‘green economy’ is an illusion – or better still, an accountancy trick. The government was effectively compelling sectors of the economy, through a variety of green regulations, to ‘decarbonise’ their operations. It was then adding said sectors to the green economy and so the green economy appeared to be growing. This was happening even when the sectors in question had been harmed and diminished by the new regulations.

It took me until 2013 to obtain the data on which successive governments were basing their figures, policies and predictions. By then, it was being claimed that the ‘green economy’ was worth £122 billion. But it had only reached this size because the figure included sectors of the economy that simply do not qualify as ‘green’ in any meaningful sense. It even included the production, transportation and sale of liquefied natural gas and liquefied petroleum gas – otherwise known as fossil fuels – merely because such businesses were now subject to environmental regulation. My analysis at the time suggested that through such tricks, the government’s financial wizards had inflated the value of the ‘green economy’ by something in the region of 700 per cent.

In 2014, the ONS took responsibility for the annual measurements of LCREE sectors. Since then, the ONS has found ‘no significant change’ in ‘turnover in the UK low-carbon and renewable-energy economy’ (up to 2020). It also found that ’employment in the UK LCREE (in 2020) was estimated to be 207,800′ – that is 1,092,200 short of the number of jobs Gordon Brown had promised to create by 2017.

This is hardly the stuff of a green industrial revolution. Nevertheless, the drive to decarbonise the economy, pursued now in the shape of Net Zero, has continued to inform successive governments’ industrial and economic policy. Ministers still insist that decarbonisation presents a major economic ‘opportunity’ for the UK

The green dream threatens to turn into a nightmare the longer its advocates refuse to wake up to its manifest failure. That it has failed is no surprise. In truth, Britain did not even have sufficient industrial prowess to recycle its own waste plastic, let alone to become a world leader in producing wind turbines and solar panels. And environmentalism always was, at its core, hostile to both industry and economic growth.

There never was a green economy, nor a green industrial revolution to support it. The only sense in which this green economy existed was as a parasitic growth on other sectors’ vitality. It was never the source of real wealth creation itself.

Today we face rising inflation, a cost-of-living crisis and an energy crisis – all of which have been exacerbated by successive governments’ green fantasies. Waiting for the green dream to come true now runs the risk of doing very serious harm.