Why is the left silent on Trudeau’s crackdown?

Civil liberties have been sacrificed to the culture war. 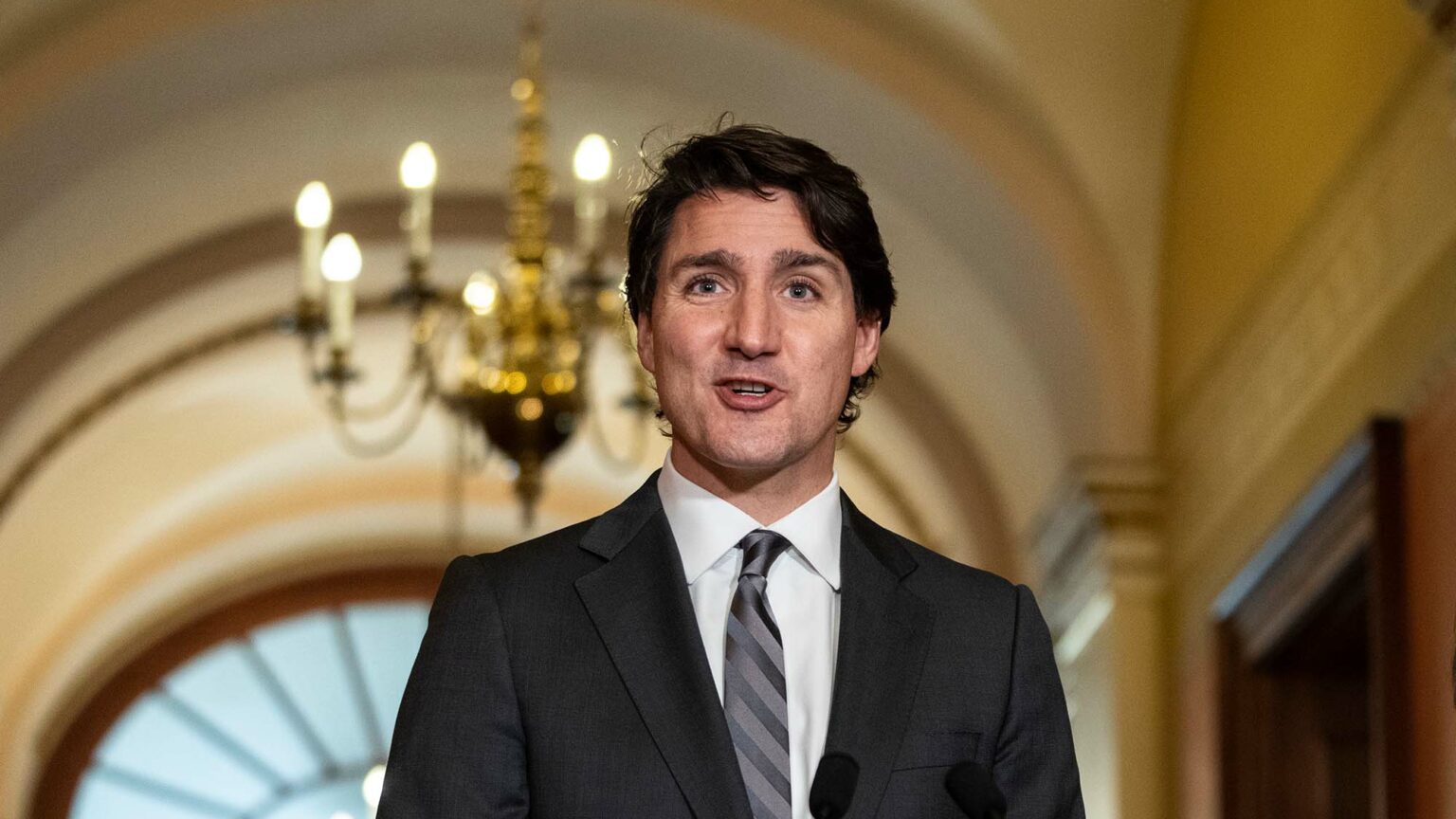 Last month I gave a speech at the ‘Kill the Bill’ rally in Westminster, with a bunch of fellow lefties who were rightly angry at Priti Patel’s proposed Policing Bill, which would have essentially outlawed protests. Jeremy Corbyn was there (obviously), as were other well-known names from the left, many of whom I am friendly with and respect a lot. There was much impassioned rhetoric about the worrying resurgence of authoritarianism around the world.

Yet all of those speakers I demonstrated with in London have remained eerily silent on Justin Trudeau’s crackdown on the Canadian truckers’ protests (with the exception of Extinction Rebellion). As has practically every major civil-rights organisation on the planet for that matter, from the ACLU in the US to Liberty in the UK.

Over the past few weeks, Trudeau’s government has enacted emergency powers, used pepper spray and stun grenades on the truckers’ Freedom Convoy, and has labelled these legitimate protesters as ‘terrorists’, threatening to freeze their bank accounts. Had this been an equally narcissistic North American head of state – with a comparably lousy record on human rights and the environment, and whose name also begins with T – my fellow lefties probably would have had one or two things to say on Twitter. But this was Trudeau, not Trump, and so they all ignored it when GoFundMe seized $10million in legitimate donations to the truckers. They ignored it when Trudeau called a Jewish politician a Nazi sympathiser in parliament for questioning his crackdown. They ignored it when another fundraising site, GiveSendGo, was hacked, outing the names of 92,000 Freedom Convoy donors, some of whom lost their jobs as a result.

One of the other speakers at last month’s ‘Kill the Bill’ protest was Paul Mason. Paul is a lefty political hero of mine, who literally wrote the book on protests. But when it comes to working-class activists with the wrong opinions, Paul thinks the police should crack down harder. I don’t agree with the truckers either, as it happens, but has the culture war really melted minds so thoroughly that we have forgotten how democracies work? Paul’s argument seems to rely on claims that swastikas were spotted at the rally, when the truth seems to be that swastikas were added to Canadian flags and placards to infer that Trudeau is being a fascist (public discourse in 2022 = ‘I know you are but what am I?’).

Paul also justifies being a hypeman for authoritarianism on the grounds that some of the truckers are racist QAnon supporters, which is undoubtedly true of a small minority. But he should be careful about employing this tactic. Down at the ‘Kill the Bill’ rally we attended, some activists were chanting ‘no borders, no countries’ (no way that policy could backfire), and I’ve heard some pretty bonkers stuff at Extinction Rebellion rallies, too. It doesn’t follow that these causes should therefore be stamped on. Crazies are drawn to protest movements like the undead are to shopping malls. You don’t shut down an entire house party just because some loser pukes in the sink.

We live in a period of inequality that would make Louis XVI feel a bit uncomfortable. The 10 richest men on the planet doubled their fortunes from $700 billion to $1.5 trillion during the pandemic, giving them six times more wealth than the poorest 3.1 billion people. Since lockdown, the biggest corporations in the world have been posting one record profit after the next, while normal people are struggling to stay afloat amid the rising cost of living and soaring inflation. And yet, here we have the supposed socialist left advocating a Peterloo cavalry charge by Mounties on a collection of striking frontline workers.

I’m a vaccine enthusiast, but it still troubles me when otherwise tolerant people and news organisations sneer at anyone who is hesitant to get vaccinated, applauding when they are censored and even cheering when they die of Covid.

Canada’s protesters are not all unvaccinated or anti-vaxxers by any stretch, but they are still treated with derision, even in supposedly objective news articles. The words ‘Freedom Convoy’ always appear in quotation marks or have ‘so-called’ before them, especially in open-minded newspapers such as the so-called ‘Guardian’.

During lockdown, when frontline workers were the darlings of the urban elites because they felt bad for the UberEats drivers who brought soy lattes to their doors, Trudeau tweeted his support for the ‘everyday heroes’ who kept the economy moving. Now his tone has abruptly changed. To me, he increasingly resembles a sort of woke Patrick Bateman. I imagine him doing morning stomach crunches and peeling off his exfoliating charcoal (black) facemask in the mirror before dispatching the most white, cis-gender member of his cabinet to make room for a queer, indigenous woman of colour.

How has this Canadian Psycho managed to pull such a seamless Keyser Söze, bamboozling the world into thinking of him as a well-meaning bro with great hair? On Twitter, he is just as unbearable as Trump, though for the inverse reasons, tweeting incomprehensible woke woo-woo such as ‘2SLGBTQQIA+’ or press pictures of himself protesting against his own climate policy. Trudeau is a sort of human hashtag, riding every trending social-media shore break. We are so distracted by his gay-pride dance moves that we forget he is also moving arms to the Saudis. He is so punctilious with his trans pronouns that we ignore his transcontinental pipelines.

I feel sorry for the people of Ottawa having their lives disturbed by the truckers, but it is the nature of protests that they are sometimes disruptive. Before Extinction Rebellion turned central London into Rainbow Rhythms, none of the main UK parties had a Net Zero policy and now they all do. Would we have won gay rights if the Stonewall riots had been the Stonewall Drag Race? If Emily Davison hadn’t put a few people out at Epsom races that day, would we have had universal suffrage?

Do we really lack the limited vision necessary to see just two years into the future when Trump or another right-wing figure could be back in the White House and could borrow the rhetoric and tactics of Trudeau to clamp down on BLM or environmental demonstrations? If that happens, the left won’t have a leg to stand on, because every single civil-liberties advocate was silent when it came to the Freedom Convoy.

What we need more of in these polarised times is people who are willing to challenge the dogmas of their own culture-war cliques. Sadly, if the Jewish ACLU lawyers who famously defended a neo-Nazi group’s right to protest in 1977 had been around in the Twitter era, they would have been cancelled even faster than Justin can culturally appropriate a Hindu holiday.