The war on the unvaccinated

In 2022, we must defend bodily autonomy. 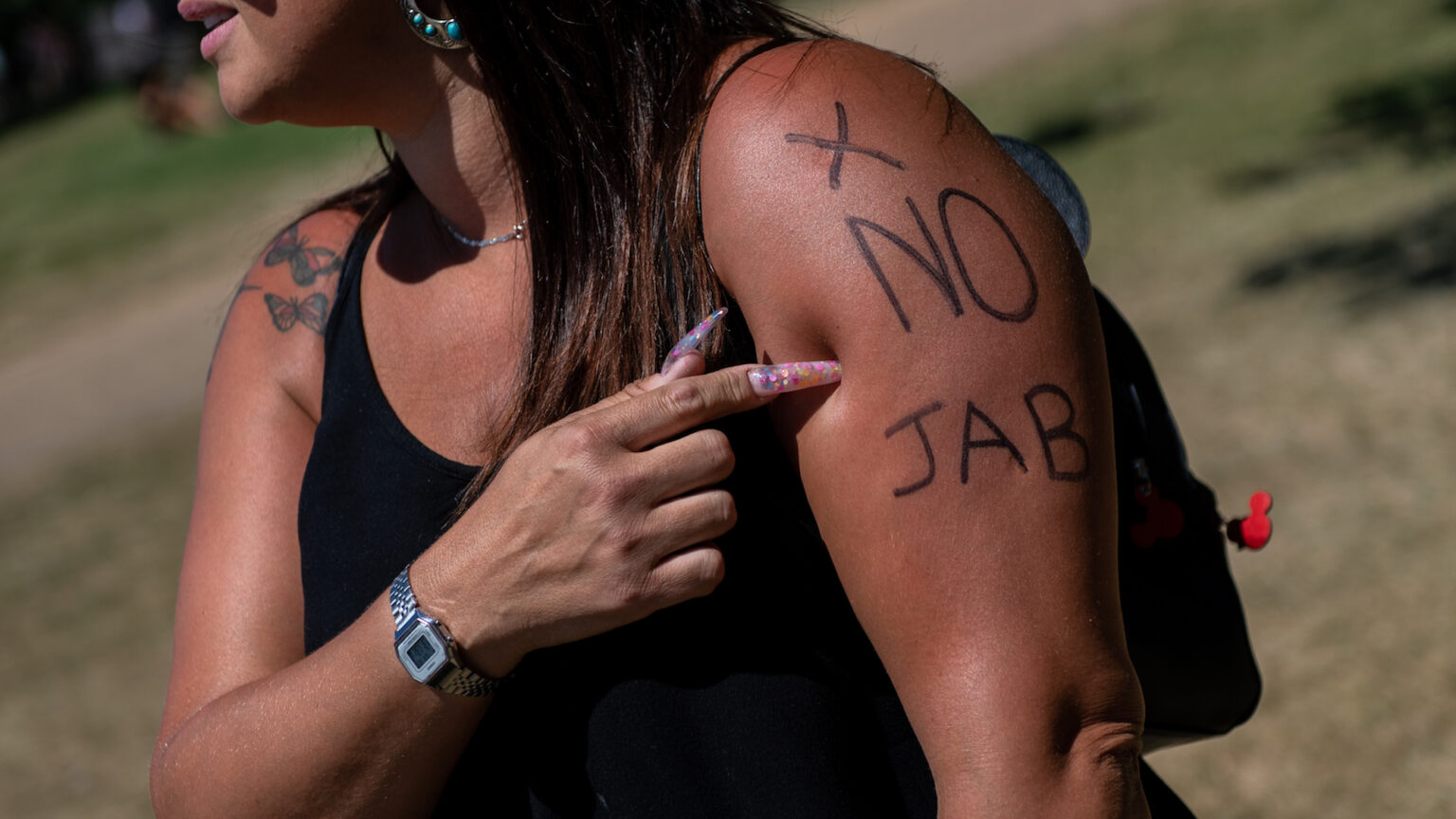 ‘You’re looking at a winter of severe illness and death for yourselves, your families, and the hospitals you may soon overwhelm.’ That was the stark, dystopian warning US president Joe Biden issued to the ‘unvaccinated’ earlier this week.

While the first few rounds of lockdowns, social distancing and other restrictions applied to more or less all people in the societies in which they were introduced (with only the elites able to exempt themselves), in the last few months of 2021 ever-tighter restrictions have been targeted at the unvaccinated.

This year governments across the developed world have issued a flurry of policies designed to ‘nudge’ people to get the vaccine, such as requiring vaccine passports to enter leisure venues.

On the same day the lockdown was announced, Austria became the first Western country to make vaccination compulsory by law. Refusers holding out beyond February 2022 face fines that can eventually be converted into prison sentences. A similar compulsory-vaccine policy has been taken up by the new German government. And in Greece, unvaccinated people will be fined €100 for every month they remain unvaccinated.

Most countries have not gone for full-on compulsion, but have tried to make life increasingly difficult for the unvaccinated. President Biden has made vaccination a condition of employment for all federal workers and contractors, and for those who work in large private corporations. US states have introduced their own mandates, too.

European governments have tended to opt for a form of Covid pass, usually tying entry to certain venues to a negative Covid test, proof of Covid antibodies or proof of vaccination. Invariably, the scope of the venues requiring a pass has increased over time, and the other non-vaccine options for entry have been removed. For instance, in France you need a Covid pass to enter restaurants, bars and most cultural venues, and while you can currently show a negative test, the government plans to make vaccines the only valid option in the new year.

‘So what?’, supporters of vaccine mandates and passes will no doubt say. ‘They are making our lives difficult by refusing to get the vaccine, why shouldn’t we do the same to them?’

The unvaccinated are variously charged with superspreading the virus, blocking hospital beds and even prolonging the pandemic itself. This, in turn, becomes justification for ever more punitive measures. The demonisation of the unvaccinated has reached the point where US lawmakers and commentators have openly called for the unvaccinated to be denied healthcare or be forced to pay for it out of pocket.

Of course, there is nothing remotely big or clever about refusing the vaccine. Not getting jabbed is not some noble act of resistance to the biomedical state, as some would have it. And there are many dangerous and deranged anti-vaxxers. In 2021, anti-vax campaigners in Britain have block-booked vaccination appointments. In France, some have vandalised vaccine centres. These campaigners are deserving of contempt and punishment for preventing others from getting the vaccine. Those who spread vaccine misinformation to large audiences should be criticised robustly, too.

It should concern all of us that a significant proportion of people have not taken up an easily available vaccine that could prevent them from suffering serious illness, ending up in hospital, and in some cases dying. The US Centers for Disease Control and Prevention claims that unvaccinated people are 14 times more likely to die from Covid complications than the vaccinated. Yet still some 40 per cent of Americans remain unvaccinated. No doubt many are in the vulnerable groups. But the task is to persuade these people, not to coerce them.

Yes, people really should get vaccinated. Vaccines really are the way to tame the pandemic. But the blind rage against the unvaccinated helps no one. It certainly isn’t going to persuade those who are merely hesitant to get vaccinated. They need to be reassured of the vaccine’s minimal side-effects and of its efficacy in preventing severe disease. It should be explained how a higher vaccine uptake can slow the spread of the virus – that vaccination can benefit your community and society more broadly, even if it’s not much benefit to you. But when authority figures tell the hesitant that their doubts are idiotic or that they are just plague-ridden scum, then they are far less likely to trust the help being offered to them.

Worse, the othering and un-personing of the unvaccinated becomes a pretext for harsh crackdowns on liberty. And it is never solely the unvaccinated who suffer here. If our civil liberties are conditional on our health status, that makes all of us less free. It turns freedom into a licence, granted temporarily by the state, and taken away just as easily.

The war on the unvaxxed is also leading to the abandonment of hard-won principles, like bodily autonomy. Bodily autonomy is such a fundamental liberty that even authoritarian China feels the need to cynically proclaim that its vaccine rollout is based on the principle of informed consent (even though, in practice, forced vaccination is common, according to human-rights observers).

If people are to have sovereignty over their own bodies, they must have the right to do things, and to refuse to do things – even if the majority considers it wrong. This is the minimum of what we should expect in a liberal democracy.

Sadly, as has been clear throughout the pandemic, governments have been guided by the twin evils of safetyism and technocracy. The safetyist ideology sidelines any concern or principle that appears to stand in the way of ‘keeping us safe’. And the technocratic impulse reduces what ought to be free, democratic citizens to mere plot points on a graph, numbers on a chart to be nudged, manipulated or coerced upwards or downwards. That means the unvaxxed are just another problem to be dealt with through some new restriction, rather than people to be won over to a safe and effective vaccine.

In 2022, we need to stand up for voluntary vaccination, for bodily autonomy and for freedoms to no longer be conditional on our health status. The war on the unvaccinated is bad for everyone.