Winsome Sears and the rise of woke racism

Sears has been denounced as the ‘black mouth’ of white supremacy. This is vile. 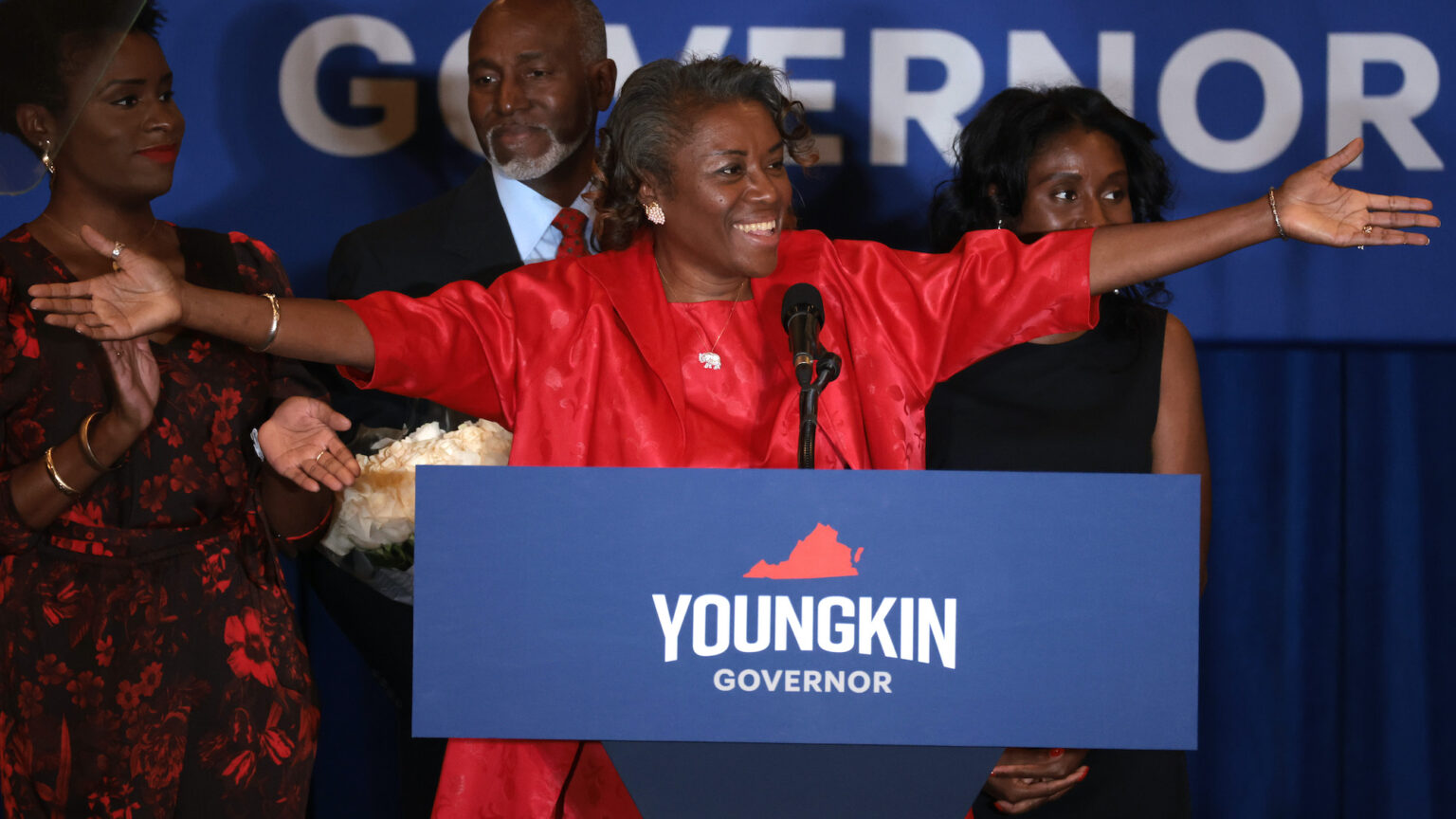 When is it okay to dehumanise a black person? When that black person is a conservative Republican. That seems to be the message of the storm of angry commentary that followed the election of Winsome Sears as lieutenant governor of Virginia. Sears has been denounced by Democrats and woke hacks as the black face of white supremacy, as a token black witlessly doing the bidding of evil white men. She’s been depicted as a wide-eyed dupe of political ideologies she probably doesn’t even understand. This is woke racism in action, where any member of an ethnic minority that refuses to bow and scrape to the identitarian script is viciously written off as a dumb Uncle Tom.

Sears was elected lieutenant governor in the gubernatorial elections in Virginia last Tuesday. Glenn Youngkin was elected governor. This Republican victory was a massive upset for the Dems. It delivered a huge blow not only to Joe Biden, who got a 10-point win in Virginia just one year ago in the presidential election, but also to the whole paternalistic cult of identity politics. Parents in Virginia were furious about the closure of their kids’ schools during the Covid pandemic, and also that their kids are being instructed in the hyper-racial, hyper-divisive ways of ‘Critical Race Theory’. The good voters of Virginia didn’t only say No to the Democratic candidate, Terry McAuliffe. They also said No to the manipulation of the education system to socialise a new generation into the identitarian narrative. They said No to the racial micromanagement that is the preferred method of governance of the new managerial elites. And they did this by rallying behind a black immigrant woman who rejects these woke ideologies – Winsome Sears.

The fact that Virginians elected a lieutenant governor who is black and who was born outside of America – in Jamaica – would seem to suggest they are not the suburban racist scumbags so much of the commentariat thinks they are. And yet still they’re being denounced as white supremacists. ‘Voting for a black candidate does not grant absolution from racism’, decreed a columnist for the Washington Post. The Youngkin / Sears voters were still likely ‘motivated by the racist dog whistles… that politicians use to play on racial fears’, he said. Those dumb, dog-like voters, responding with tongue-wagging obedience to the shrill-pitched prejudices of Republican candidates – this really is how many observers view the people of Virginia, even the hundreds of thousands who voted for a ticket that included a black immigrant. And still these observers think they’re the good guys.

Political pundit Jemele Hill said of the Youngkin / Sears victory: ‘This country simply loves white supremacy.’ You couldn’t ask for clearer proof that the phrase ‘white supremacy’ has been utterly emptied of meaning. It used to refer to the foul ideological belief that white people are a superior race and should thus dominate society to the exclusion of all other races. Now apparently even white people who vote to be governed by a black woman can be ‘white supremacists’. The words ‘white supremacy’ have suffered the same fate that Orwell noted of the word ‘fascism’ – they’ve lost their ‘last vestige of meaning’ through opportunistic overusage.

But apparently it isn’t only those who voted for Sears who are responding to the dog whistles of their racist masters – so is Sears herself. In one of the most shockingly racialised commentaries I’ve seen on mainstream TV for a long time, one observer denounced Sears as a ‘black face speaking on behalf of a white-supremacist legacy’. These were the words of political scholar Michael Eric Dyson. He said of Sears: ‘There is a black mouth moving but a white idea… running on the runway of the tongue.’ Face, tongue – note the complete lack of consideration for Sears’ mind or beliefs. To some she’s just body parts, the black fleshy exterior of white supremacy. It is disturbingly dehumanising.

Dyson cut to the heart of woke racial thinking with the following comment. ‘We know’, he said, ‘that [black people] can internalise in our own minds, in our own subconscious, in our own bodies the very principles that are undoing us’. There it is. The belief that any black person who does not swear unflinching loyalty to pseudo-left identity politics has been brainwashed by whiteness. They’ve been corrupted by powerful cultural forces, turned into robotic servants of racial supremacy. This isn’t only an insult to Ms Sears, who comes to be reduced to the flapping mouth of white supremacy, the house negro of right-wing Republicanism. No, this view of dissenting black voices as people who have ‘internalised’ the hatreds of white supremacy is now widespread across the politics of identity.

In Britain, too, any ethnic-minority political figure who bristles against identitarianism is branded a black mouth for white interests, a stooge of white men. So home secretary Priti Patel was referred to in the Guardian as one of those ‘ministers with brown skin wearing Tory masks’. The Huffington Post branded her a ‘pawn in white supremacy’. ‘Pawn’ means a person who is controlled by others. There’s that denial of agency again. ‘Problematic’ brown and black people are always viewed as the brainless lackeys of all-powerful whiteness. Labour MP Dawn Butler has accused ethnic-minority Tories of engaging in ‘racial gatekeeping’. As Kemi Badenoch rightly says, these are all racial slurs.

The woke fury aimed at black and brown people who dare to deviate from ‘correct-think’ exposes the racist underpinning to identity politics. The identitarian set, which includes large swathes of the Democrats in the US and the Labour Party in the UK, clearly view ethnic-minority people as political monoliths, as a racial bloc that has a duty to adhere to the one, true, correct way of thinking rather than as a collection of individuals who hold all kinds of diverse political views. They don’t view whites like this – so why blacks? The identitarian left also thinks it has some kind of moral ownership over black and brown populations. ‘We are anti-racist and yet these ungrateful, uppity people dare to question us?’ – that’s essentially what they think when someone like Sears turns her nose up at their agenda. They view Sears, Patel, Badenoch and others as apostates; heretical individuals who have dared to blaspheme against the revealed truths of wokeness.

There is much to celebrate in the election of Sears. As I say, the Youngkin / Sears vote was a revolt against the increasingly patrician politics pushed by the Dems. Also, Sears is the daughter of an immigrant who arrived in the US with just $1.75, she grew up in the Bronx, and yet she worked her way into the marines and eventually into politics. She’s the first woman ever to be elected lieutenant governor in Virginia. If she succeeds Youngkin at some point, she will be the first black female governor in the entire history of the United States. And yet the woke left cannot cheer these facts because it is too busy expressing horror at this black mouth, this black body, making the case for its white-supremacist masters. If only there was a word for taking such a low, despicable view of successful black people.