There is no such thing as white privilege

Even swearing is now classified as ‘white privilege’. What a load of bollocks. 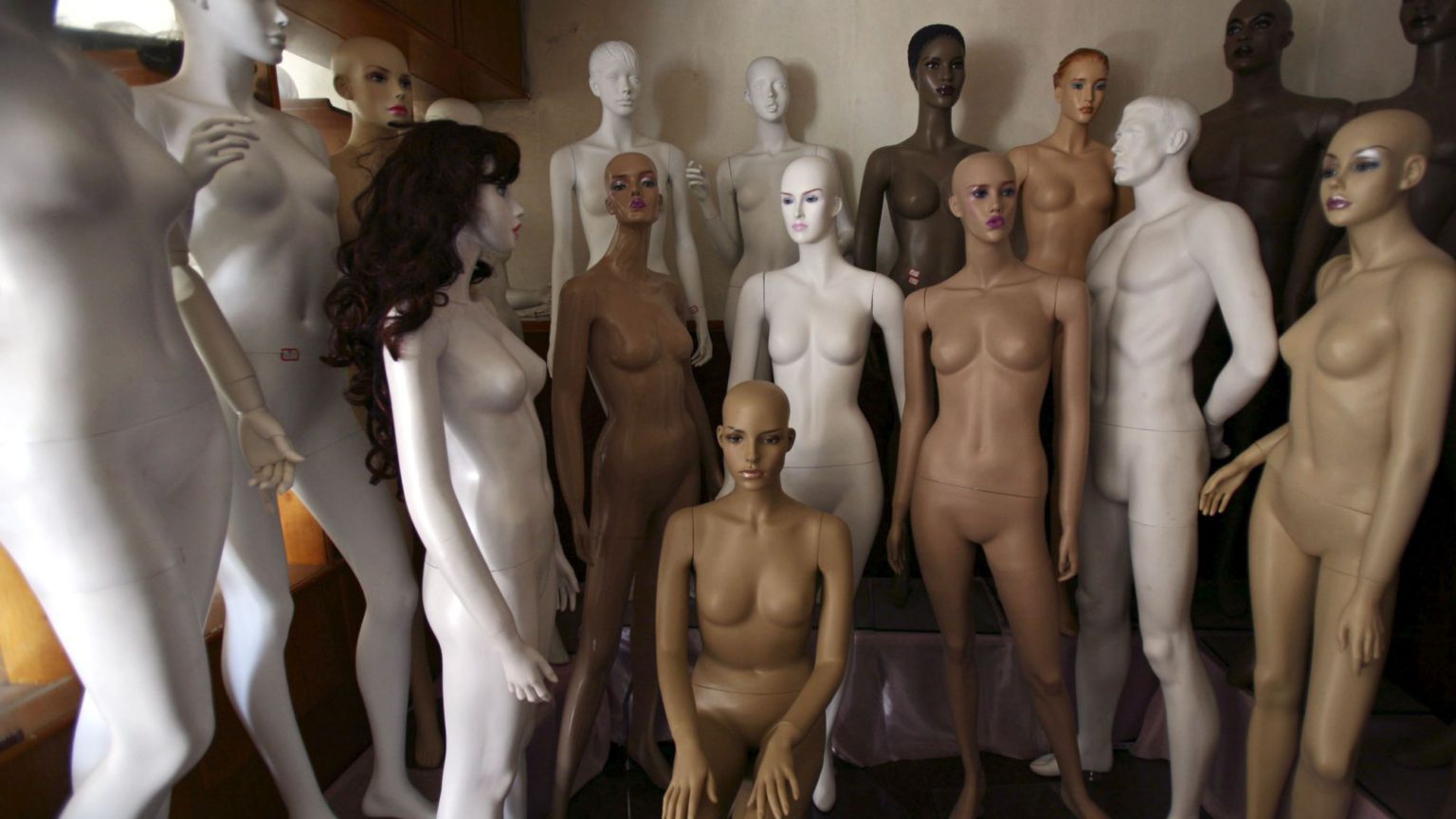 So now wearing second-hand clothes is a sign of ‘white privilege’. Just when you thought you’d heard it all from the loopy identity lobby, they come out with the idea that putting on a vintage dress or a musty old man’s shirt you bought from Oxfam is proof that you enjoy racial favouritism. This crackpot claim is made in a course being foisted on students at the University of Kent. If you can wear second-hand clobber without this being held up as yet another example of the ‘bad morals of [your] race’, then you are apparently white and you’re definitely privileged.

I have so many questions. First, who exactly is going around saying to ethnic-minority people who dare to don vintage fashion, ‘Oh God, how typical of your race to wear second-hand clothes?’. I am going to say ‘nobody’. When racist toerags do accost people who look different to them, it is usually not to critique their Seventies florals or dad’s old blazer. Secondly, it will surely be news to all the less well-off white kids who have little choice but to wear second-hand clothes – ‘hand-me-downs’ – that their repurposed trainers and patched-up jumpers are proof of their privilege. Some of us who crazily cling to the belief that class and income remain the key shapers of privilege in our society might even say that the wearing of second-hand clothes in such circumstances is proof of the absence of privilege. Mad, I know.

The Kent course, titled ‘Expect Respect’, is only the latest example of students being inculcated into the ways of moral conformism. It’s a mandatory module, which takes four hours to complete, and is designed to raise students’ awareness about white privilege, microaggressions, pronouns and other riveting topics. The module includes a ‘white privilege quiz’ – such fun! – in which the freshers are grilled over the societal benefits enjoyed by whitey. Apparently if you can swear without being called a disgrace to your race or go shopping without being followed or harassed, then you enjoy white privilege. Students who correctly identify all the indicators of racial privilege get a gold star. Presumably those who don’t get branded with the letter ‘R’ for racist.

The idea of ‘white privilege’ sums up how toxic identity politics has become. The belief that folk with white skin have certain privileges conferred upon them is widely held in millennial circles, in the education system, in much of the political sphere, in popular culture, and in the opinion-shaping – or rather, orthodoxy-enforcing – world of social media. Even the BBC is getting in on the act, no doubt as penance for the sin of being ‘hideously white’ (in the words of its former director-general, Greg Dyke). BBC employees are given diversity training that involves taking a ‘privilege test’. BBC Bitesize, Auntie’s educational wing, last year provided a lecture for schoolkids on white privilege. ‘White privilege’ is not something that was ‘made up to make white people feel bad’, it said. Defensive much?

The truth is, white privilege is a made-up idea. I know swearing is white privilege these days, but seriously – it’s bollocks. I first knew white privilege was a pile of bunkum when Munroe Bergdorf – the trans model and keen spouter of the platitudes of the new oligarchy – said that even homeless people can enjoy white privilege. ‘You need to recognise that there is such a thing as white privilege and you can be homeless and still have white privilege, because you can still have a better chance of getting out of homelessness than a person of colour in the same position’, said Bergdorf a few years ago. Let’s leave aside how outright obnoxious it is for someone from a ‘solidly middle-class’ background to describe the bedraggled meth addict who lives under a bridge as privileged. What this and other flagrant misuses of the term ‘privilege’ really demonstrate is the extent to which identitarianism has usurped class politics and made it harder for us to understand where real power lies today.

White privilege is a myth. In terms of education and heading off to university, white working-class boys in the UK are way lower down the ladder than other social groups. On income – yes, black Brits on average earn less than white Brits, and we should talk about that, but Chinese Brits and Indian Brits on average earn more than whites. Will the identitarian crew launch a campaign against ‘Chinese privilege’? (Don’t encourage them, I know.) Also, to the extent that there are still issues with racism in our society – and there are – to define these as proof of the privileges enjoyed by the majority, rather than of the trials and tribulations experienced by certain minorities, is so wrong. It misunderstands the problem of inequality and it fosters racial tension rather than class solidarity by chopping up the populace into the privileged (bad) and the oppressed (good). That’s hardly going to get the masses to the barricades, is it?

Identity politics is a menace to solidarity. It is an implacable foe of class politics. It insults working-class people with the brand of ‘privileged’ and it grates against the broad social unity we need if we really are going to challenge the powers-that-be for more democratic rights, more freedom and boosted economic conditions. Guilt-tripping the majority about their alleged racial privilege is the means through which minority rule is maintained today. By pacifying the majority community with accusations of ‘privilege’ – making us fearful of saying or doing anything, lest we find ourselves branded racist – the new elites can sustain their stranglehold over public life. Racial politics has always been used to divide the people and hold at bay the alleged menace of popular discontent – and that’s as true of identitarianism as it was of the foul racisms of old.