Is the climate really getting more disruptive?

Climate policy, not climate change, poses the biggest risk to our daily lives. 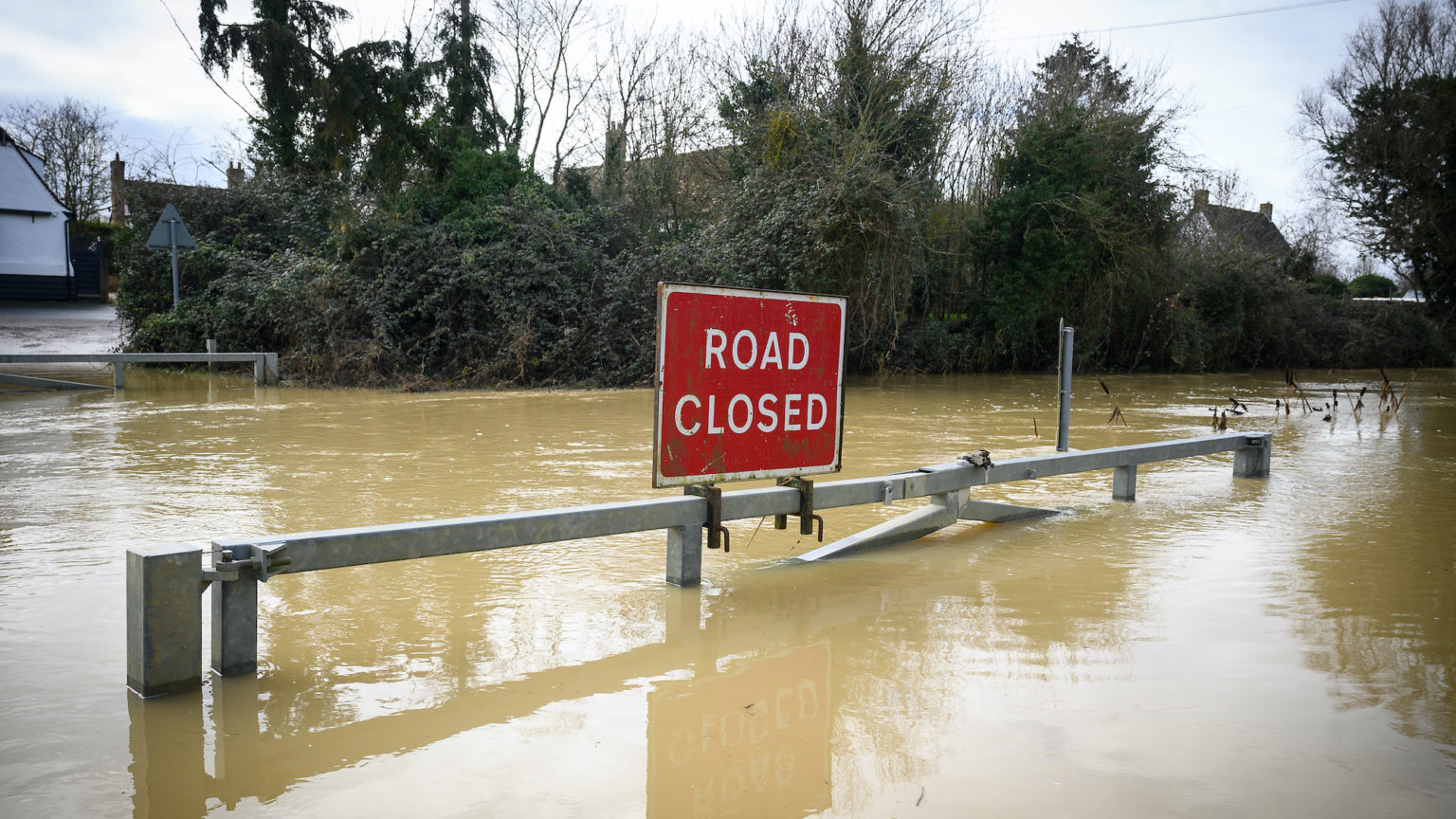 The UK Met Office released its annual State of the UK Climate report last week. Presenting the report, meteorologist Alex Deakin said that ‘understanding and observing the weather closely and accurately is more important now than ever’. The aim of these reports, as Deakin claims, is to ‘put the UK climate into context to see exactly how our climate is changing’. While this annual ritual certainly ignites headlines at the start of the media’s silly season, climate numerology like this offers very little useful ‘context’ that can help our understanding of the climate.

The BBC’s Roger Harrabin went much further in his write-up than the report. Harrabin claimed that the UK ‘is already undergoing disruptive climate change with increased rainfall, sunshine and temperatures, according to scientists’. Harrabin quotes the report’s lead author, Mike Kendon, who claimed that ‘this proves the climate is already changing here in the UK’, and that ‘we are going to see more and more extreme weather such as heatwaves and floods’.

But how significant are these changes really? Take, for example, the claim that the UK’s temperatures have increased. Leaving aside the possibility that land-use change thanks to the UK’s economic development might influence temperatures, the report offers this chart depicting 140 years of anomalies in UK and global annual temperatures:

Though the chart clearly shows that UK temperatures have risen, there is substantial year-to-year variability – far greater in the UK than for the world as a whole – that might make us wonder how impactful this extra warmth really is.

The point is shown more clearly by the report’s chart which shows temperature anomalies in each season:

What’s more, each season shows remarkable changes over the decades and even centuries – showing large-scale change was occurring long before manmade climate change became an issue. The temperature changes of the 1990s are not unprecedented in their degree or speed. So why are recent years – which seem to show very little variation after 2000 – significant as ‘context’ for understanding climate change, but the even larger changes between 1690 and 1730 are not? Surely they demonstrate the possibility that quite radical variation in the UK’s weather is relatively normal.

The same can be said of the claims that the UK is getting wetter.

Annual rainfall in England and Wales varies by a huge amount – there is a difference of more than 100 per cent between the minimum recorded rainfall of the late 1700s and the maximum recorded rainfall of the mid-1800s. The trendline depicting the UK getting slightly more rain over the 20th and into the 21st century is therefore entirely meaningless – you couldn’t, for instance, say that any recent year was characteristically wetter or drier than a typical year two centuries ago. Claims that increased rainfall mean that Britain is being ravaged by the climate and is heading for inevitable doom are just plain silly. Finding ‘trends’ in the recent data of the past few decades, but ignoring the historical context, is equally silly.

Even more bizarre is the claim that last year’s changes in ‘rainfall, sunshine and temperatures’, with respect to historical averages, are evidence that the UK is ‘undergoing disruptive climate change’. Certainly, bad and extreme weather is disruptive. But how much more disruptive is it getting, and how much more disruptive can it get thanks to climate change? It seems highly unlikely that extreme weather events can be as painful to us as the drought of the 1780s was to our ancestors.

Recent news stories linking extreme weather to the warming climate have been all about heatwaves and floods. In the absence of the kind of civilisation-ending storms and city-killing sea-level rises that climate alarmists once predicted, heatwaves have become the new focus. Accordingly, last year the government started compiling an annual report of heatwave mortality. The report uses historical mortality statistics to establish a moving baseline of average deaths per week through the summer months. It counts any excess deaths above this baseline as deaths caused by the heatwave. Over the course of three heatwaves in 2020, lasting a total of 19 days, there were 2,556 more deaths than were expected – or 134 excess deaths per day. Surely, the climate warriors claim, this is a natural disaster on a terrifying scale? This is the climate crisis, right?

Perhaps not. Some heatwaves of the past were enormously more deadly. The 1911 July-September heatwave in Britain killed thousands in London alone. Across the country it claimed the lives of thousands of children, too. Today, the victims of high temperatures in the UK are almost exclusively over the age of 45 (just 23 were younger than this in 2020). Heatwaves claim the old and the infirm who are already very near the end of their lives – 2,244 were over the age of 65, and 1,173 were more than 85 years old.

Besides, as harrowing as the heatwave deaths might be, they are nothing compared to excess mortality in the winter. In the winter of 2017-18, the ONS recorded 49,410 excess deaths in England and Wales – the highest number since 1975-76. Going back further, there were an extraordinary 106,400 excess winter deaths in 1950-51. But in the second half of the 20th century, we have made significant progress in protecting the vulnerable in winter. This progress seems to have stalled after the winter of 2013-14, when 17,280 excess deaths were recorded – the lowest on record.

What caused this progress, and what has caused its apparent reversal? One answer might be that awful spectre haunting us all: global warming. As the State of the UK Climate report makes clear, milder winters – treated elsewhere as the harbingers of doom – have caused the number of days with ground frost to fall from 119 per year on average to just 88 in 2020. ‘Heating degree days’ – days when the mean temperature is lower than 15.5 degrees – were at their fifth lowest figure in 2020, the report says. The horror!

But the climate, again, is not the real issue here. An even more uncomfortable truth for environmentalists is that cheap, abundant and easy-to-use energy – ie, gas – has done and could continue to do far more to keep older and infirm people alive in the winter than milder weather ever could. In other words, fossil fuels save lives.

It is climate policy not climate change that wants to deny people the right to heat or cool their homes cheaply and efficiently. Just look at the exorbitant costs to households of Boris’s planned boiler ban. The weather itself does not play any significant role in daily life in historically wealthy, industrialised and liberal societies.

This fact is seen even more clearly in that other preoccupation of climate doomsayers: floods. The environmentalist argument is that warmer air carries more water, and so rainfall events have become more intense, leading to more flash flooding in particular. ‘The higher global warming, the more rainfall’, climate academic Friederike Otto told the Independent, in an article which tried to pin blame for the recent floods in Germany on climate change.

Floods certainly are disruptive. Unsurprisingly, this captures the news media’s attention. But proving a link to climate change is much harder than the media have made out. The most recent IPCC report, for instance, has ‘low confidence’ in the claim ‘that anthropogenic climate change has affected the frequency and the magnitude of floods’. Meanwhile, it has ‘high confidence’ that ‘streamflow trends since 1950 are not statistically significant in most of the world’s largest rivers’. Similarly, other research suggests that there is little evidence of flash floods getting worse in the UK.

What causes floods, then? In the recent case of the tragic floods in Germany, flood warnings were ignored by civil planners and politicians.

Floods in Britain are rarely fatal. But when horrendous flooding does occur, it should be seen as a result not of an altered climate, but of engineering, planning and policy failures. As the nearly three-centuries-long record in the Met Office’s possession clearly shows, various parts of the UK, from time to time, suffer periods of intense rainfall, causing floods. Any urban or infrastructure design that fails to take account of the likelihood of flooding makes flooding inevitable.

In other words, flooding is a manmade event – but not one caused by climate change. There is no such thing as a ‘natural disaster’ in a country as wealthy as the UK. Even if adverse weather events are made ‘more likely’ or even ‘more intense’ by CO2 emissions in the future, as the Met Office report argues, we already know what kind of policies and infrastructure we need to deal with this. There is no excuse for not building this infrastructure: warmer, wetter, colder and drier conditions all existed in the past, and so will likely appear again in the future. What’s past is prologue.

Ironically, it is environmentalism that makes the climate actually dangerous. Green austerity will deny people the resources and technology they need and deserve to keep warm in winter and cool in summer. And it is environmentalism, with its promise to make the weather ‘safe’ and unchanging if we follow its agenda, that is selling us false hope. That is a much greater threat than climate change or extreme weather could ever be.