Maybe this heatwave is just a heatwave

Why climate alarmists see all extreme weather as a portent of doom. 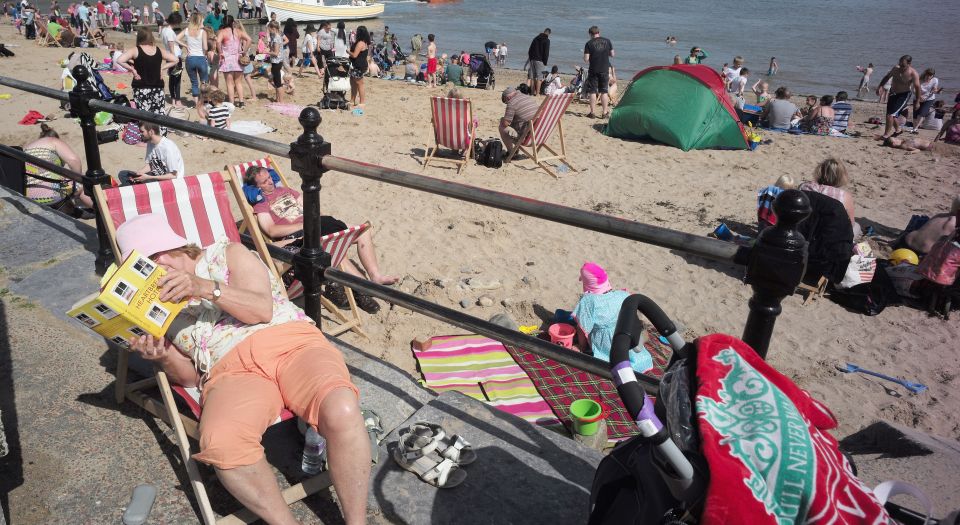 The routine is drearily familiar. Any deviation from weather norms brings on a Biblical torrent of apocalyptic green fearmongering. And so it was with the heatwaves experienced in the Northern Hemisphere this June and July.

It seemed to be the heatwave that climate alarmists have long promised us. June and July certainly brought unusual temperatures to many places, prompting alarmist copy. The BBC’s North America correspondent, James Cook, tweeted: ‘Climate change. It’s here, it’s catastrophic.’ He then cited a list of tragedies from the Greek wildfires to lemon shortages in the US that had unfolded under the summer sun. As usual, though, the climate-change narrative precedes the facts.

For instance, the wildfires in Greece cited by Cook were not the result of high temperatures. Temperatures in Athens – close to the location of the fires – were only slightly higher than the average for this time of year, and not much hotter than in the UK. Worse still for Cook, Greek authorities suspect that the fires were caused by arson, not SUVs and unnecessary flights. And even if temperatures have risen in Europe, wildfires across the continent, and globally, have diminished in this era now described mawkishly as the ‘anthropocene’. Perhaps global warming prevents wildfires?

Cook was not alone in putting the climate narrative before the weather facts. In the Observer, Andrew Rawnsley proclaimed that, ‘Our scorched Earth needs voters to put more heat on their politicians’. He continued: ‘The offices, factories, homes, roads and railways of Britain were designed on the assumption that it is a country of blessedly temperate conditions, immune to extremes of heat and cold.’ These claims are almost comedic in their departure from the reality of Britain’s weather, and from the history of Britain’s housing stock.

Slum clearances in urban centres lasted well into the 1970s, as was well documented by photographer Nick Hedges. And to claim that much of what replaced the slums was ‘designed’ at all, let alone designed to precise temperature ranges, would be to flatter the ‘designers’. Nonetheless, the UK’s population is now far better protected from hot and cold extremes than it has ever been. The 1911 July-September heatwave in Britain caused thousands of deaths in London alone; thousands of children perished from diarrhoea caused by consuming food and milk that had fouled in the heat. Refrigerators are as vital to surviving the weather as walls and roofs.

The news that technological and economic development and improvements in housing have massively reduced the impact of extreme weather has yet to reach parliament, it seems. ‘Regular heatwaves “will kill thousands”’, said the BBC’s environmental analyst, Roger Harrabin, reporting on a warning issued by the Environmental Audit Committee. The maths underpinning this miserable forecast is simple enough: estimate the number of excess deaths per degree of excess temperature, and then multiply by the predicted degree of climate change. But such banal arithmetic is historically blind and deaf to debate, and completely dumb to informing policy.

The addition of air conditioning units to vulnerable homes – or perhaps to everybody’s homes – would massively reduce excess deaths and illnesses now, never mind in the future. There is no natural correlation between heatwaves and deaths; there are only thick policymakers who would rather energy was more expensive, so as to discourage the use of things like air-conditioners, on the basis that such energy usage contributes to climate change. Enter the technocrat head of adaptation at the UK Committee on Climate Change (CCC), Kathryn Brown. She appeared on Channel 4 News to suggest that people install tinted window film, and grow plants up the walls of their homes, to help defer the apocalypse.

The fact that institutions such as the CCC have so little to offer the public suffering in the heatwave should not be a surprise. The CCC was established under the Climate Change Act 2008, with a mandate to issue carbon budgets and policy advice to parliament. MPs were unable to decide for themselves how to ration carbon, and so, much as with the independence given to the Bank of England, they appointed technocrats to do the job rather than risk having the public influence such an important decision. Climate politics epitomises the gulf between the public and politicians, and the latter’s disdain for the interests, wants and needs of the former.

Similarly, the FT’s lofty opinion is that ‘unprecedented heat cannot be ignored’, and ‘extreme weather must spur action against global warming’. But the truth is that this heat is not unprecedented – the UK has suffered hotter. What is unprecedented is the protection we now have against extreme weather. From Spain to the US, populations have become less vulnerable to heatwaves, not more, as the climate alarmists claim. Wealth, it seems, not the ecological austerity that greens prefer, is the best defence against a changing climate.

The problems caused by heatwaves should be taken seriously, but not under the dangerously misleading rubric of climate change. It may be possible that global warming will increase the frequency and intensity of above-average temperatures. But the evidence shows us that resilience to extreme weather requires no armies of climate technocrats, no virtue-signalling zombie politicians, no vapid hacks at the BBC, FT and Guardian – it just requires progress. Indeed, it is the political class’s green ascetism that is now the main barrier to ensuring that extreme weather doesn’t have a dramatic impact on our lives.