The smear campaign against the Great Barrington Declaration

Dominic Cummings, scientists and the media successfully demonised anyone who questioned the lockdown. 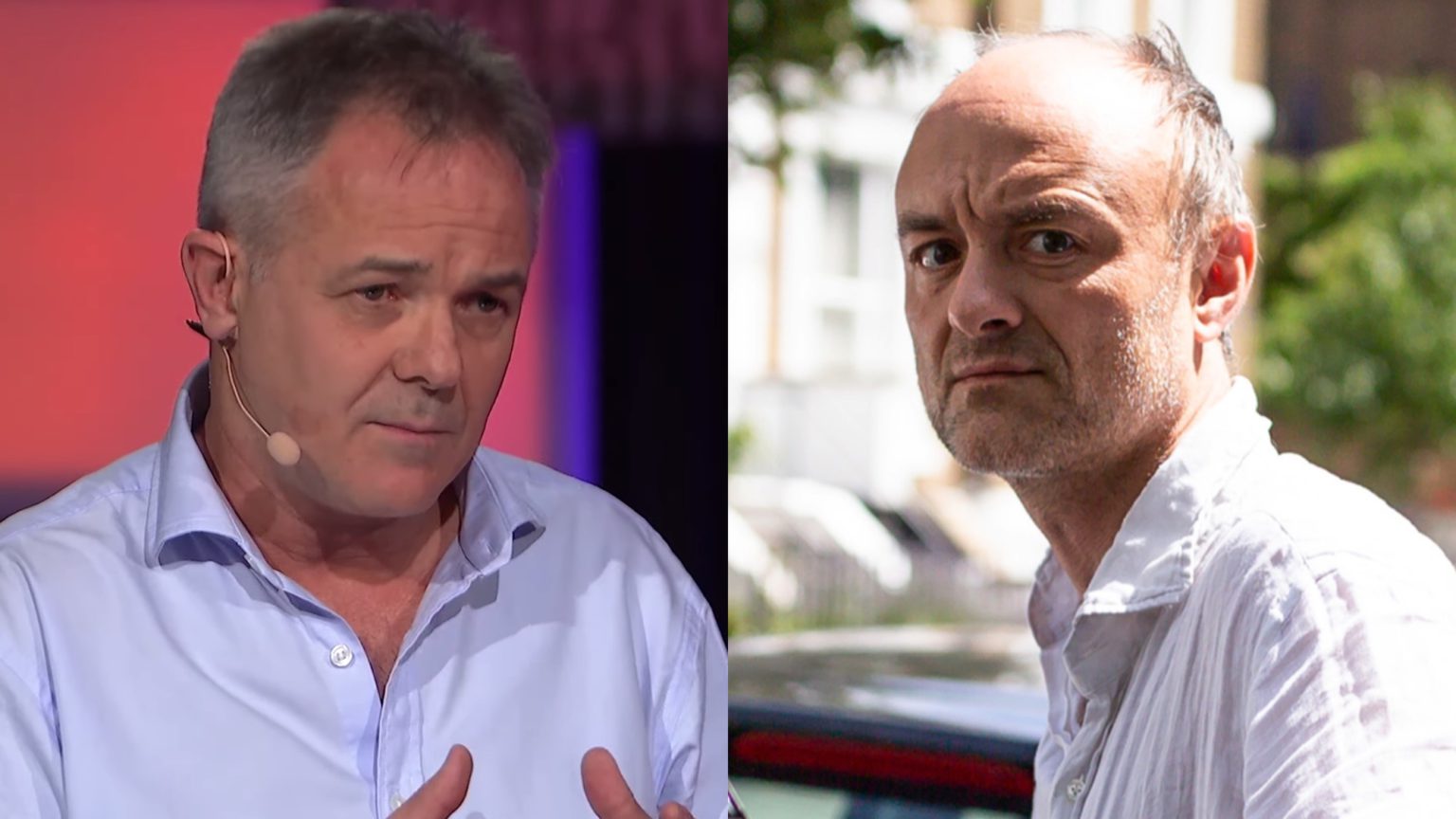 In October 2020, along with Professor Sunetra Gupta, we authored the Great Barrington Declaration, in which we argued for a ‘focused protection’ pandemic strategy. We called for better protection of older and other high-risk people, while arguing that children should be allowed to go to school and young adults should be free to live more normal lives. We understood that it might lead to vigorous and heated discussions, but we did not expect a multi-pronged propaganda campaign that gravely distorted our arguments and smeared us. We are just three public-health scientists, after all. So how and why did this slanderous counterattack emerge?

In his recent book, Spike, Jeremy Farrar – a SAGE member and director of the Wellcome Trust – has provided a helpful hint: the political strategist and the prime minister’s chief adviser, Dominic Cummings, planned a propaganda campaign against the Great Barrington Declaration. Farrar’s exact words are that Cummings ‘wanted to run an aggressive press campaign against those behind the Great Barrington Declaration and others opposed to blanket Covid-19 restrictions’. Cummings and Farrar preferred a blanket lockdown strategy, believing it would avoid a winter Covid wave. We do not know what transpired behind closed doors, but Farrar’s admission raises two interesting questions.

First, who would you expect to prevail in a political battle over which pandemic strategy to implement? Would it be (a) the campaigning mastermind who has won multiple elections and referendums, or (b) three public-health scientists with scant media and political experience? Secondly, whose proposal would better control the pandemic, minimise Covid deaths and avoid other non-Covid health harms? Would it be (a) the campaign led by an individual with little knowledge of epidemiology and public health? Or (b) the one authored by three epidemiologists with extensive experience and knowledge of infectious disease and public health?

As we all now know, Cummings and Farrar got their way in the UK. We Great Barrington Declaration authors failed to sway any politicians, except Florida governor Ron DeSantis. Governments worldwide re-imposed lockdowns in the autumn and winter of 2020. The lockdowns’ failure to control Covid’s spread was catastrophic. And they resulted in devastating collateral harms, especially to children, the working class in rich nations and the very poorest people in the developing world.

Whether directed by Cummings or not, there was certainly an aggressive media campaign against the Great Barrington Declaration. The propaganda campaign included multiple distortions, misinformation, ad hominem attacks and outright slander. Many of these slurs are still making the rounds in mainstream media. Journalists who, by all appearances, had not even read the Declaration, confidently asserted falsehoods about it and us in print, on radio, on TV and online. Here are some of the lies and distortions:

Prominent politicians like Matt Hancock, the media and health officials in the WHO and the UK government rebranded focused protection – policies designed to protect the most vulnerable from Covid infection – as a ‘let-it-rip strategy’ that would ‘let the virus continue unchecked’. The Great Barrington Declaration called for the very opposite of a let-it-rip strategy. Ironically, lockdown is actually a slow-motion let-it-rip strategy – it only delays the spread of Covid, as we have regrettably learned these past 18 months.

Hancock, Anthony Fauci, Jeremy Farrar and prominent journalists also mischaracterised the Great Barrington Declaration as a ‘herd-immunity strategy’, even though any strategy will lead to herd immunity sooner or later. Yes, the Declaration discussed herd immunity. It would be irresponsible to ignore such a basic biological fact. But to characterise the Great Barrington Declaration as a ‘herd-immunity strategy’ is like describing a pilot’s plan to land a plane as a ‘gravity strategy’. The goal of a pilot is to land the plane safely while managing the force of gravity. The goal of any Covid pandemic plan should be to minimise disease mortality and the collateral harms from the plan itself, while managing the build-up of immunity in the population. Shockingly, some politicians, journalists and even scientists denied the very existence of herd immunity. Some even questioned the existence of natural immunity from Covid, which is a bit like denying gravity.

Hancock and various scientists dismissed the notion of focused protection. Some falsely claimed that it was impossible to protect the high-risk elderly specifically. Others claimed that we had not offered any specific proposals for doing so. In truth, we made some suggestions on the one-page Declaration, and we provided a long list of well-tested public-health measures in an accompanying FAQ on the website. We also wrote numerous newspaper articles, in which we elaborated on these ideas. It is understandable that a politician like Matt Hancock, with his limited knowledge of public health, could not come up with ideas for protecting the elderly. But we had hoped that the Great Barrington Declaration would generate vigorous engagement and creative thinking about how we might do this, rather than just a propaganda counterattack.

As well as misrepresenting our ideas, our critics also misrepresent us as people. Some journalists tried to paint us as right-wing libertarians with links to the Koch brothers. These were blatant lies and ad hominem smears reminiscent of the McCarthy era. They are also ironic since one of the Koch-funded foundations provided grant support to pro-lockdown scientist Neil Ferguson and his team at Imperial College. The truth is that the three of us co-authored the Great Barrington Declaration without any prior sponsorship.

The propaganda aim was to distract the public from the fact that, unlike lockdowns, the Great Barrington Declaration was founded on long-standing and basic principles of public health. Unfortunately, the UK carried on with its lockdown strategy, locking down last autumn and winter. As we all now know, the lockdown failed to protect the vulnerable, instead exposing them to the virus and causing many unnecessary deaths. Up to now, the UK has reported nearly 130,000 Covid deaths – almost 90,000 of whom died after we wrote the Declaration calling for a different approach.

To save face, Cummings and others have made the ridiculous, evidence-free claim that if only England had gone into lockdown a tad earlier, many of these deaths could have been avoided. But we know that Wales implemented a ‘circuit-breaker’ (a euphemism for lockdown) in October 2020 – two weeks before England went into total lockdown for November. The result? In the short run, Wales came out of lockdown with more daily Covid cases than when it started and with more cases per capita than in England. In the long run? From the beginning of the epidemic to the day we signed the Great Barrington Declaration, on 4 October 2020, England’s Covid deaths per capita were 29 per cent higher than those in Wales. But from October to the end of July 2021, England’s Covid deaths per capita were only nine per cent higher than Wales’. In other words, there is no prima facie evidence in these numbers that an earlier lockdown saved any lives in Wales.

If we look across the pond at the US, we can compare each state’s response to the pandemic. The age-adjusted per-capita Covid mortality of the US as a whole is 38 per cent higher than that in Florida, which adopted a focused-protection approach. Assuming we could have achieved the same percentage reduction in deaths in the UK, we might have had around 49,000 fewer Covid deaths. The actual number could be larger or smaller, of course. But again, there is no prima facie evidence that lockdowns reduced Covid deaths over the long run.

As well as failing to protect us from Covid, the lockdowns have caused enormous collateral public-health damage. In the UK, this includes missed cancer screening and treatment, delayed surgery, untreated heart disease and diabetes, widespread and devastating mental-health problems, and the disruption of children’s education. We will have to reckon with, live with and die with these consequences for many years to come. In assessing which strategy works best – lockdowns vs focused protection – we should not only count deaths from Covid, but also the substantial deaths and disruption caused by lockdowns.

There is no doubt that a properly implemented focused-protection strategy could have saved thousands of lives in the UK. The likes of Cummings and Farrar naively believed that lockdowns were already protecting higher-risk elderly people. They demonised anyone who said otherwise. And so Boris Johnson’s government ignored the focused-protection measures that we proposed for the elderly. Farrar accuses us of causing unnecessary deaths. This is rather strange. His accusation makes much more sense when applied to those whose advice was actually acted upon: ‘Frankly we think their views and the credence given to them by Johnson were responsible for a number of unnecessary deaths.’

Much of this tragedy stems from Cummings’ political approach to the pandemic. The UK punched way above its weight during the Second World War because of its people’s bravery, ingenuity and persistence in the face of danger. But there was one other key factor. During strategy sessions, Winston Churchill surrounded himself with people of different experiences and views. They debated each other vigorously so that all voices could be heard and assumptions could be thoroughly vetted before important decisions were taken. This is the opposite of what works in an election campaign, where the single-minded focus on winning means dismissing those with opposing views. Open discussion and debate about how to manage the pandemic would have better served the British people. The debate could have involved more prominent infectious-disease epidemiologists and experts on all aspects of public health. It is a great pity that Cummings was unable to switch from the combative approach of his campaigning to the inquisitive and multi-faceted approach that we needed during a national emergency. It is a relief that he is no longer in No10.

Martin Kulldorff is professor of medicine at Harvard University.

Jay Bhattacharya is professor of medicine at Stanford University.