The lockdown fanatics are moving on to climate change

The likes of Independent SAGE crave a permanent state of emergency. 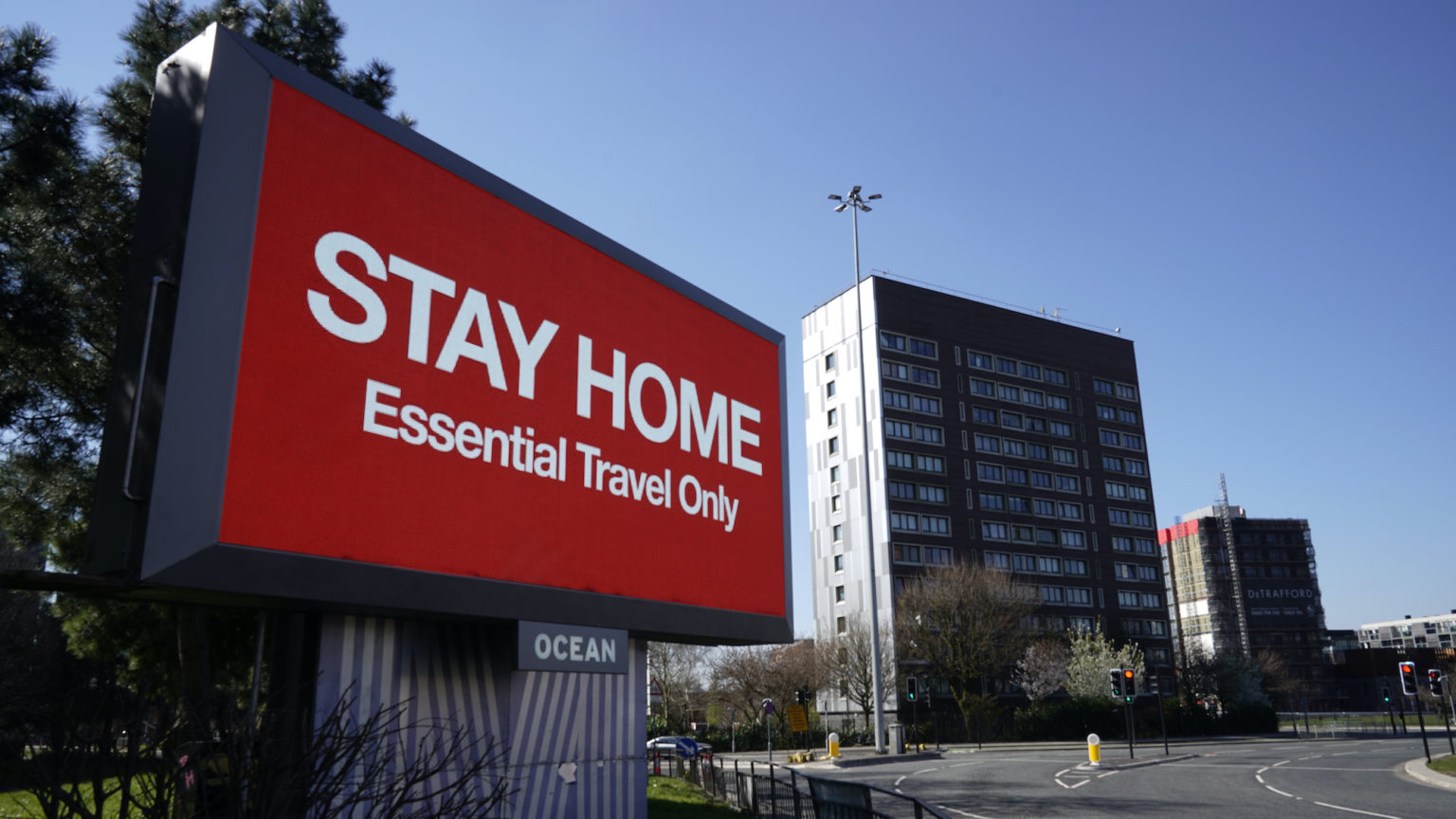 Sir David King is a former UK chief scientific adviser to successive New Labour governments, and the founder of Independent SAGE, the self-appointed group of experts offering scientific advice to the UK government and the public on how to handle Covid. He has now announced he is to convene a new Indie SAGE-like group, this time tackling climate – the Climate Crisis Advisory Group (CCAG).

According to the Guardian, CCAG ‘will emulate the impact of Independent SAGE’ on Covid policymaking and ‘advise, warn and criticise global policymakers about the climate and nature crises’.

No doubt, this means that CCAG will attempt to do for climate change what Indie SAGE has done for Covid – that is, drive an alarmist opinion into mainstream public discussion.

Indie SAGE wasn’t necessarily a bad idea. It was established by academics with governmental experience as a transparent and open alternative to the government’s secretive SAGE (Scientific Advisory Group for Emergencies). But it squandered the opportunity to scrutinise the government’s Covid policymaking through its constant and relentless fear-mongering. It didn’t try to open up the debate over the response to Covid. Instead Indie SAGE hyped up the threat posed by Covid, argued for earlier, harder and longer lockdowns, and accused the government of causing thousands of unnecessary deaths by dragging its feet. To the extent that this group had an impact on the debate, it was to help push the government towards semi-permanent lockdown.

Indie SAGE also proved itself utterly intolerant of debate. It derided alternative perspectives on handling Covid, such as that offered by the Great Barrington Declaration – which argued for more focused protection of the vulnerable while leaving more of society open until a vaccine arrived. ‘The Great Barrington declaration is anything but great’, tweeted King. ‘It is alluring for many, but make no mistake, it is dangerous.’ Smear and fear, not scientific debate, are Indie SAGE’s principal weapons. And one can expect its successor organisation, CCAG, will use the same weapons on the terrain of climate change.

On the news of his appointment to CCAG, Mark Maslin, professor of climate change at UCL, tweeted that the group would be ‘an independent international critical voice about how well we are dealing with our #ClimateCrisis’. It will be ‘holding governments, companies and international bodies to account’, he added.

Criticism and holding power to account are vital practices. But CCAG’s appointees likely won’t be doing any of those things. Their ‘critical’ perspective is uncritically alarmist, and comes at the expense of nuance, scientific fact and debate. They will no doubt generate terror-inducing statistical models of our future and traduce critics as ‘deniers’ – just as Indie SAGE did with Covid.

Moreover, CCAG’s and Indie SAGE’s independence from government and the political agenda is questionable. King himself is not an outsider. He was chief scientific adviser to the government between 2000 and 2007, and then he was permanent special representative for climate change from 2013 until 2017. Joining him at CCAG is Fatih Birol, executive director of the International Energy Agency (IEA), the OECD intergovernmental organisation formally tasked with analysing energy markets and policies, but which has latterly acted as a climate-policy advocacy group. Similarly, CCAG’s Lorraine Whitmarsh, an environmental psychologist at the University of Bath, was one of a team of four academics and civil servants who convened the UK Climate Assembly for parliament last year.

These people are not independent of government and policymaking. They are far more involved than members of the public and more even than most politicians. Indeed, they are already fully involved in the global and domestic climate-policy agenda, within intergovernmental organisations and governments.

Given all this, how can its members claim to be holding governments to account? Just as Indie SAGE crossed over with actual SAGE – for example, Susan Michie, a member of Indie SAGE, is also a member of a SAGE subcommittee advising on behavioural science – so CCAG will simply join the many other undemocratic, unaccountable organisations that comprise the alarmist chorus around the government.

When I pointed out on Twitter that CCAG had no standing as an ‘independent’ or ‘critical’ voice, Michie replied, ‘It’s called democracy’. These are extraordinary words from a multimillionaire Stalinist whose concern for democracy extends to praising the Chinese Communist Party’s response to Covid, and suggesting that masks and social-distancing policies should remain forever.

In truth, it’s very difficult to ‘hold governments, companies and international bodies’ to account on climate change. The public have been given no vote on climate-change policies, and no political party has offered criticism of climate-change alarmism. Certainly don’t expect any real criticism to come from CCAG.

But then perhaps that is the point of Indie SAGE or CCAG – not to hold power to account, but to prevent the technocratic apparatus from being properly held to account. For there is nothing fear-mongering technocrats like King fear more than democracy – because it threatens to take away the power granted to them by endless emergencies, be they Covid or climate change.