Italy’s populists have betrayed their voters

The League and the Five Star Movement are shamelessly propping up a pro-EU government. 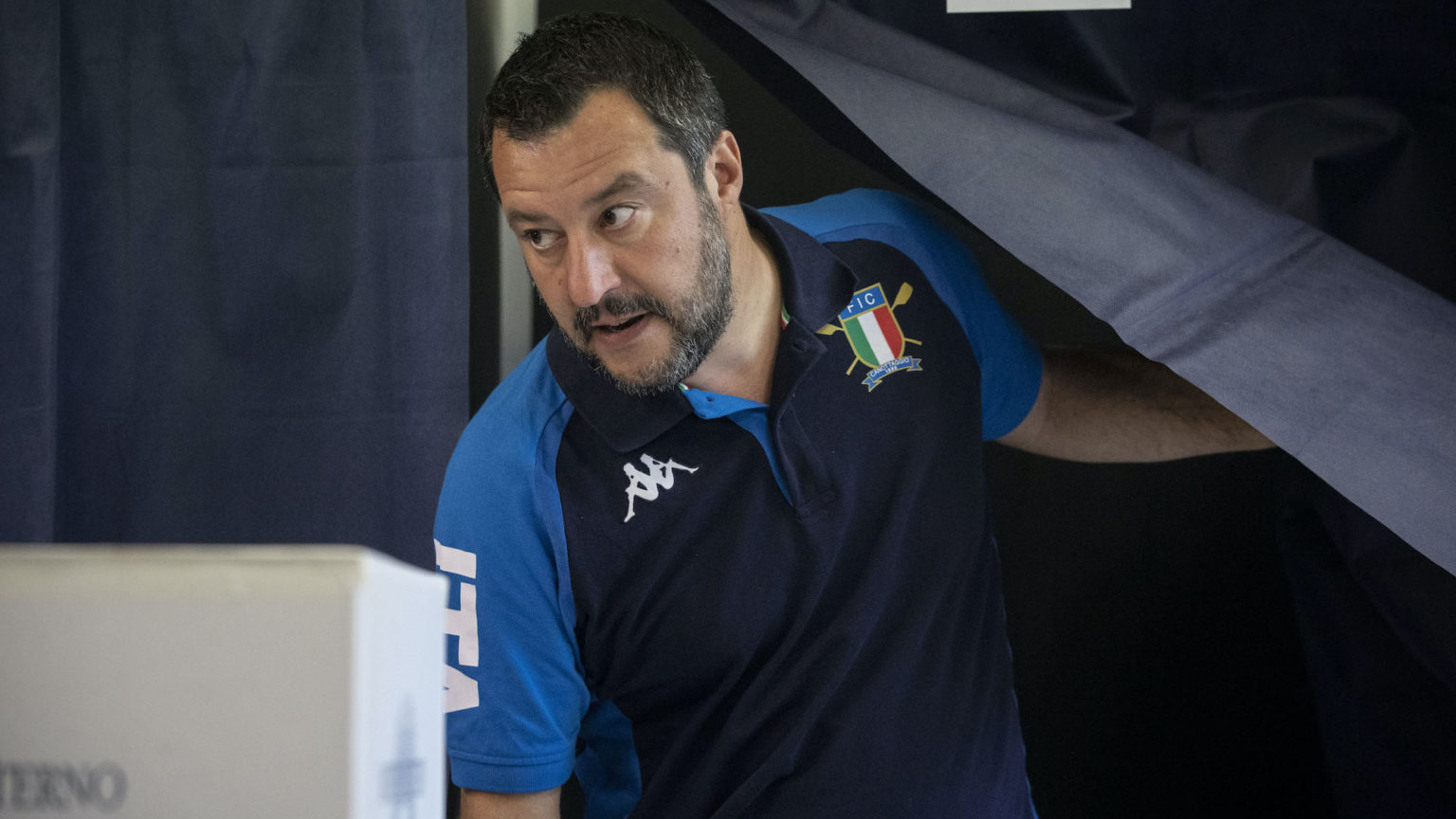 Back in February, a government of ‘national unity’ was formed in Italy – led by the former president of the European Central Bank, Mario Draghi – to fight the Covid-19 pandemic, and secure an economic recovery. Prime minister Draghi called for all political parties to back the government: ‘Unity is a duty, not an option’, he said. Draghi also made it clear his government would be completely supportive of the European Union and insisted that Italy’s place in the Euro is ‘irreversible’. Clearly, he does not believe Italians should be entitled to make democratic choices about politics or economics.

The traditionally pro-EU parties – Forza Italia, the Democratic Party and the smaller Italy Alive and Free and Equal parties – were always expected to back the new government. But Draghi wasn’t certain to get the support of the populist League and Five Star Movement. After all, the two parties led a government between 2018 and 2019 which frequently came into conflict with the EU.

The Five Star Movement has been through a considerable transformation since it won more votes than all the other parties in the last two general elections, in 2013 and 2018. It was founded in 2009 as an anti-establishment movement against the system and ideologies of the existing parties. Indeed, the Five Star Movement pledged never to form a governing coalition with any other party – a promise it upheld after the 2013 election but broke in 2018. It also claimed to be ‘techno-populist’, soliciting the opinions of citizens through its Rousseau app.

But Five Star’s participation in two coalition governments – first with the right-wing League in 2018 and then with the pro-EU Democratic Party in 2019 – has weakened its claim to be populist or anti-establishment. Numerous Five Star MPs have left the party and its approval ratings have slumped to the mid-teens.

The Five Star Movement joined the Draghi government from a position of weakness, fearing obscurity in opposition. Its transformation into a pro-EU political force was confirmed in March, by its decision to make the previously non-aligned Giuseppe Conte into its de-facto leader. Though Conte had never been elected, he served as prime minister for both Five Star governments.

The League also joined the Draghi government, despite its previous commitment to leave the Euro and its opposition to EU sanctions against Russia. After dropping the policy to leave the Euro, League leader Matteo Salvini pledged to ‘make Europe great again, returning to its original values’. Rather than retreating from Europe, Salvini formed a pan-European Christian alliance with the prime ministers of Poland and Hungary.

Following a year-and-a-half in opposition, having some power in government appears to be more important to Salvini than upholding his promises. Serving in a staunchly pro-EU government, under a former ECB head, is a clear betrayal of principles – and he may well pay a heavy price for it.

The only major political party that has refused to join Draghi’s government is the far-right Brothers of Italy, which has since enjoyed an upturn in its approval ratings. The capitulation of almost all of Italy’s leading parties to Draghi’s pro-EU agenda represents a serious narrowing of Italian politics. However, these realignments also give space for other parties and movements to grow.

One such movement is the Italian Front for Sovereignty (Fronte Sovranista Italiano, or FSI). It began as an association in 2011, and by 2016 had become a political party. FSI calls for return to national sovereignty based on Italy’s 1948 republican constitution, and for the re-establishment of a national currency. It opposes both the EU and the Euro, and is for a Europe of no more than an alliance of fully sovereign states. FSI has been actively organising demonstrations all around Italy and plans to put up candidates in the next general election, which is currently scheduled for 2023.

Another initiative is the Italexit party. In January 2020, Gianluigi Paragone, a senator and former TV journalist, was expelled from the Five Star Movement for opposing its coalition government with the Democratic Party. In July 2020, Paragone formed the Italexit party (its full name is No Europe for Italy – Italexit with Paragone). Italexit is against the EU and the Euro and proposes a Europe with respect for the sovereign and democratic characteristics of each country. Paragone described Italexit as combining socialism, Catholicism and liberalism.

Both these anti-EU parties are welcome initiatives. It remains to be seen if they will be able to take advantage of the political and economic storm that is brewing.

In March, Draghi’s government launched a package worth €32 billion to support businesses and extend employees’ furlough during further lockdown measures. Following protests against the continuing lockdown, another €40 billion worth of borrowing was approved on 15 April. This package is expected to expand this year’s budget deficit to 11.8 per cent of GDP, and Italy’s public debt is now forecast to break a new record at almost 160 per cent of GDP.

All of this additional spending is based on Draghi’s expectation that the Next Generation EU Covid-19 recovery fund will allow Italy to spend an additional €200 billion. But these funds will consist more of loans than grants – and will come with strict EU conditions attached. As economists have pointed out, when Italy’s contributions to the EU budget are taken into account, Italy is likely to gain very little from these grants, which may amount to a net transfer of just €7 billion – or perhaps even less than €4 billion on a more pessimistic reading – each year over the next six years. Contrasted with the €160 billion Italy lost in GDP in 2020, you can see just how insignificant the EU recovery fund is likely to be.

Although Draghi may well have united the parties in parliament behind his EU-backed pandemic measures, this will surely unravel soon. No doubt many Italians will be looking to punish the parties that joined his government at the next elections.