This row says nothing about anti-Muslim bigotry. 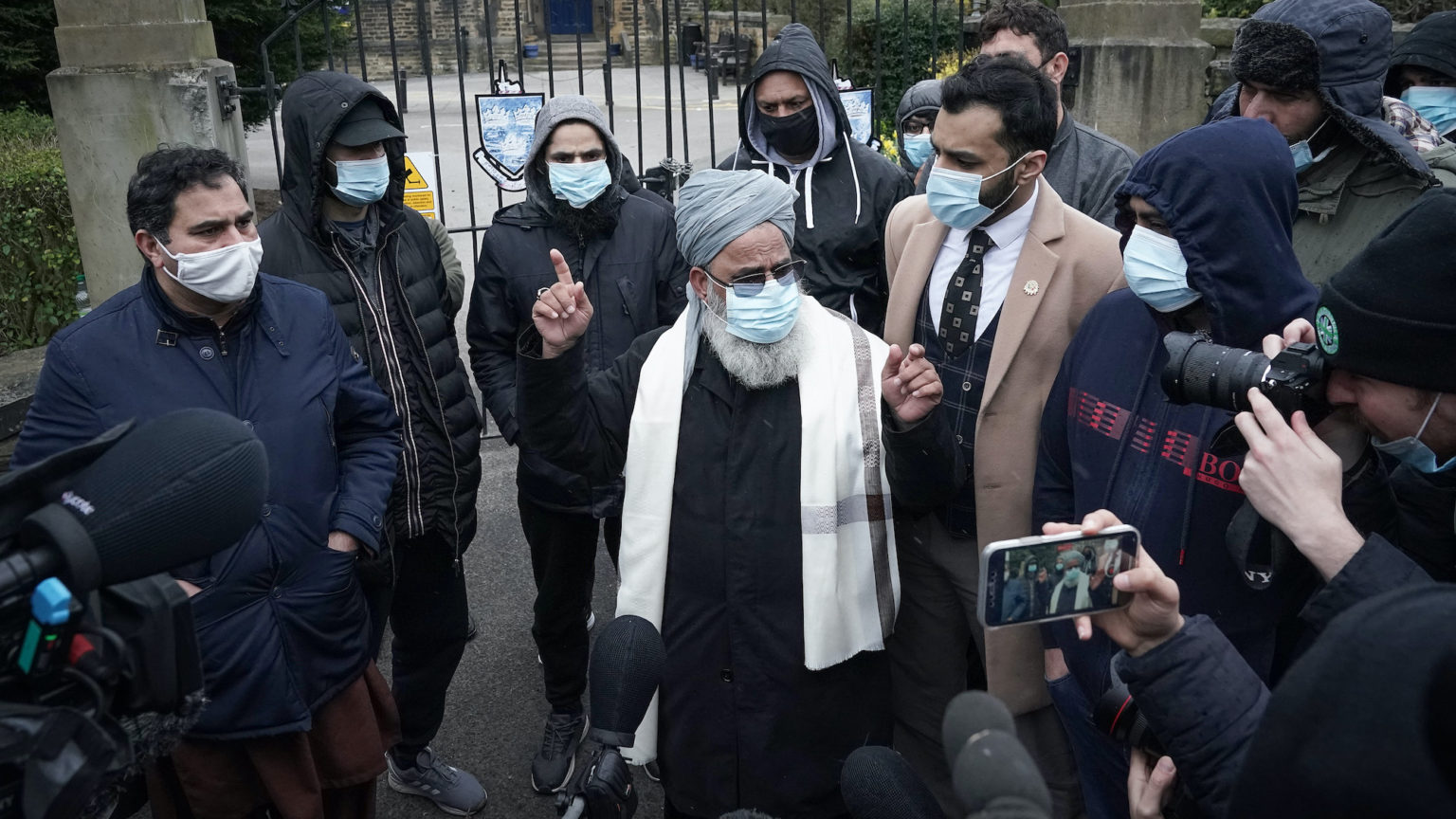 The Batley Grammar School saga is a watershed moment for Britain. After a teacher showed cartoons of the Prophet Muhammad in a Religious Studies lesson, a mob of protesters – including men with little or no connection with the school – has gathered at the schoolgates. Some have demanded the teacher’s sacking, others his arrest. Parents have described their presence as ‘intimidating’ and ‘scary’.

A local imam was on hand to provide the appearance of a ‘community chief’, dictating terms to a state-funded school. A local registered charity has even equated the teacher showing the illustrations of Muhammad with acts of terrorism. Irrespective of how offensive and disrespectful you might find the cartoons, to make such comparisons in a country which has suffered numerous Islamist atrocities, such as the 7/7 London and Manchester Arena bombings, is breathtakingly insensitive and deeply divisive.

All of this creates a misleading impression that British Muslims are on side with the protesters and agree with their demands. But what is heartening is the strength of British-Muslim voices who have condemned this reckless and disproportionate reaction. Interfaith academic (and spiked contributor) Wasiq Wasiq has argued that ‘Islamists do not have a right to intimidate others so that they bend to their demands’. Islamic Studies scholar and counterterrorism expert Muhammad Manwar Ali has criticised the ‘disgraceful’ protests and the ‘mob demand’ for the dismissal of the teacher. Leicester imam Ibrahim Mogra has also condemned the protesters for threatening the local community. This list is far from exhaustive.

Sadly, the ‘Islamophobia’ industry has opportunistically latched on to the Batley cartoon incident to make a wider argument. The episode – not only the teacher showing the cartoons but also the UK government’s response – has been held up as ‘proof’ of widespread anti-Muslim bigotry in Britain.

But is Britain really as ‘Islamophobic’ as is often claimed? Public-attitudes surveys paint a far more complex and interesting picture than is often let on. If our society were truly blighted by rampant and systemic anti-Muslim discrimination, then would a recent study by Crest Advisory have found that three in four British Muslims say Britain is a good place to live as a Muslim? Freedom of religion is cited as the primary factor.

Apart from the media – which is widely distrusted by Britons of nearly all social groups – British Muslims view British institutions as fair. They are especially positive about the NHS. And while 51 per cent of the wider general population feel that the police engage well with their community, this rises to 53 per cent for British Muslims. According to the most recent Crime Survey for England and Wales, my own ethnic group, the predominantly Sunni Muslim British-Bangladeshi population, has more confidence in its local police force than white Brits (77 per cent and 75 per cent respectively).

On matters of public safety, 63 per cent of British Muslims say they are worried about the threat of Islamist extremism – not too dissimilar to the 67 per cent of the wider British population. Two-thirds, or 66 per cent, of British Muslims say they would refer concerns about radicalisation to the government’s counterterrorism programme. This was actually higher than the corresponding figure for the wider public of 63 per cent.

These attitudes have been well-documented for some time, even if they receive little attention in the mainstream. For instance, one study in 2012 found that Britain’s Bangladeshi and Pakistani ethnic groups attached a great deal of importance to their British national identity.

The survey data tell us this: the vast majority of British Muslims are law-abiding, patriotic, communitarian and family-oriented people who believe that their country affords them considerable religious freedoms. British Muslims are generally of the view that they are treated fairly by Britain’s major institutions. And they are generally satisfied with British democracy.

British Muslims are not the put-upon victims of Islamophobia that the identitarian lobby portrays them as. Nor are Muslims part of a disloyal ‘fifth columnist’ population, as is claimed by anti-Muslim bigots. In reality, British Muslims have been let down by rabid ideologues – both Islamist extremists and identitarian grievance-mongers – who thrive on sowing the seeds of social division.

I have never shied away from discussing the serious internal problems within British Muslim communities. But Britain’s mainly patriotic and dutiful Muslims do not deserve to be collectively tarnished by the actions of religious zealots – including those who participated in the intimidating gatherings at Batley Grammar School. In the spirit of social solidarity, it is time to stop making unfounded generalisations about entire social groups. The reality on the ground in Britain’s Muslim communities is far more complicated than some would lead us to believe.