Harry and Meghan, this is not how Brits thrash out their family differences. 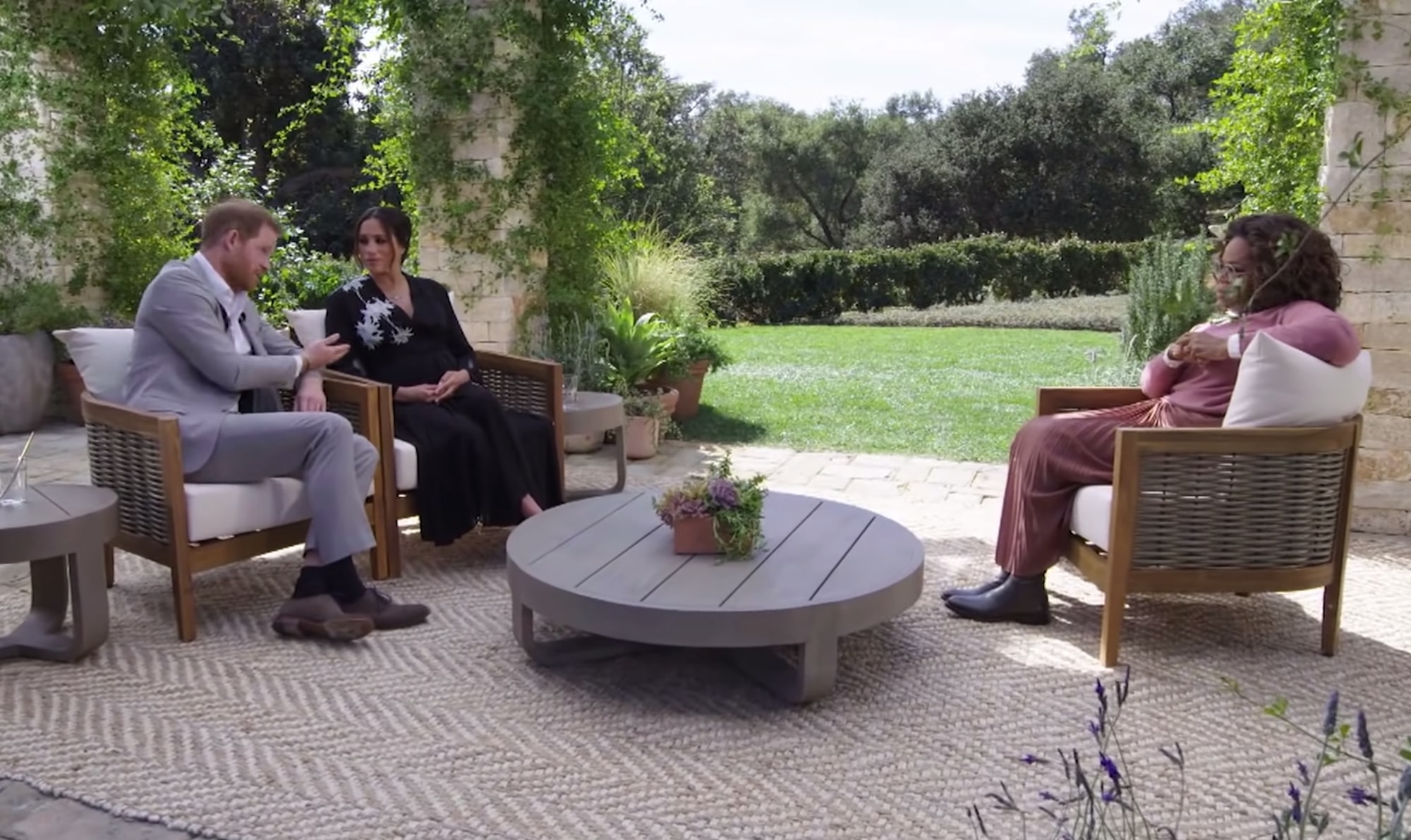 It was left to a rogue clergyman in the Church of England to defend Britain’s honour yesterday: ‘Harry and Meghan did NOT secretly marry three days before the royal wedding. Friends of the couple admit “secret marriage” was actually “a private exchange of vows”, as vicar asks “are rest of claims BS too?”’ (Daily Mail, 8 March.)

It’s quite clear now what the queen must do to clear this all up. Summon them home and force the whole lot of them to thrash it out face to face, with lie-detector tests, on Jeremy Kyle. This is how we resolve internecine family warfare in our green and pleasant land. Making malicious, wholly unsubstantiated smears that seep into us like a stain, on Oprah, just isn’t cricket.

I hate to sound like a stone-cold psycho but I never go on a date without googling the name of the man brave enough to ask me out. And, like almost everything Meghan and Harry said on ITV last night, the claim that Meghan knew nothing about the prince before she met him can be contradicted by the 2020 biography of the couple, Finding Freedom – which, as the Mail on Sunday tried to argue at the trial it wasn’t granted, was fact-checked by their most senior royal aide to ‘make sure’ authors Omid Scobie and Carolyn Durand ‘got nothing wrong’.

Scobie and Durand are careful not to say she actually googled him: ‘What Meghan may have seen online could have easily convinced her to call the whole thing off.’ But she did have some knowledge of what was coming. When she told her ‘London-based agent Gina Nelthorpe-Cowne’ that she’d been set up on a blind date with Harry, this happened: ‘“This could be crazy’, Gina said, trying to impress upon the American the insane and unique culture of tabloid coverage in the UK that came with dating a royal. “You will be the most wanted woman.”’

Meghan wasn’t thinking that far ahead of herself, though, particularly since the woman who had set her up with the prince said, ‘Let’s just get you in a room together and see what happens’.

The day after her date with Prince Harry, the biography states, ‘Meghan called one of her girlfriends. “Do I sound crazy when I say this could have legs?”, she asked.’

Obviously, no girlfriend in her right mind would think you sound crazy when you say ‘this could have legs’ after a single encounter with a balding, ginger bozo with access to the queen’s tiara collection.

Anyone who has worked as a journalist will have stared open-mouthed at Oprah’s conversation with Meghan. The billionaire didn’t ask the millionaire any of the questions a journalist would ask. For instance, Oprah questioned whether Meghan had made Kate cry in a set-to about bridesmaids’ dresses. But she did not ask Harry if he had shouted at the member of staff in charge of the queen’s tiaras. ‘What Meghan wants, Meghan gets’ was the line that was reported. So if they want to destroy the British press by saying everything we print is bunkum, Oprah ought to have given Harry the chance to state that he never said this.

But it’s obvious from Finding Freedom that the Sussexes are only doing this because what Meghan wanted was not got for her by our queen, so instead she has turned to the queen of television in order to ride roughshod over us all in America.

Here’s page 262: ‘The senior courtiers who Diana used to refer to as “men in gray suits” were concerned that the global interest in and popularity of the Sussexes needed to be reined in. In the short period of time since their fairytale wedding, Harry and Meghan were already propelling the monarchy to new heights around the world. The Sussexes had made the monarchy more relatable to those who had never before felt a connection. However, there were concerns that the couple should be brought into the fold; otherwise, if left as they were, the establishment fears their popularity might eclipse that of the royal family itself.’

‘To palace officials wondering how to handle the couple there was another figure who looms large when you think of young women using a royal platform for global charitable crusading: Harry’s own mother’, political editor Tim Shipman wrote in The Sunday Times, quoting a source as saying, ‘The danger to them is that Meghan is going to be bigger than Diana’.

Well, she’s bigger than Diana now. But Princess Di didn’t want to destroy Britain. When she spoke to Martin Bashir none of us came away with the impression she hated us, the common people of this country. ‘I’d like to be a queen of people’s hearts, in people’s hearts’, she said, when asked. After last night, it seems pretty clear that the people Harry and Meghan truly despise are the readers of tabloid newspapers and people who express the wrong opinion about them on social media.

Even the most damaging allegations are hard to compute. Take Meghan’s statement that she approached HR when feeling suicidal rather than a doctor. She said she did this because as an actress she was in a union, which is a bit odd considering she has previously admitted to ‘“pretending” to be in an actor’s union to get a part early in her career’, while laughing:

‘I was Taft-Harteleyed, which is I pretended I was union… and you have to… it was the pilot called “Century City” with Héctor Elizondo. And I got there, and they’re like – so you’re union? And I’m like of course I’m union, I mean yeah absolutely. And then I wasn’t. To this day those casting directors will never hire me. I was such a fraud.’

But it’s the accusation of racism – which Oprah never pressed them to detail because they feared it would be ‘damaging’ to one particular individual in the royal family – that damaged the entire royal family, irreparably, because no one ever believes anything until it has been officially denied, and that denial must be forthcoming.

The queen and Prince Philip have been ruled out as the culprits – by Oprah. We could all – I fear – imagine Philip saying something ghastly considering that he’s made endless remarks over the years that would have him cancelled today. (Including ‘Still throwing spears?’ to an Aboriginal Australian; ‘The Philippines must be half-empty as you’re all here running the NHS’ upon meeting a Filipino nurse at Luton and Dunstable hospital; ‘British women can’t cook’; and ‘How do you keep the natives off the booze long enough to pass the test?’ to a Scottish driving instructor.) But it wasn’t Prince Philip. So I do wish someone would point out that the only other member of the royal family on video using racist epithets is Prince Harry.

When Meghan Markle first came on the scene I did fear she’d interfere with my militant republicanism. But I would never have believed she would end up turning me into an ardent monarchist. We’re all waiting on a statement from the palace. The best statement they can make is to make no statement at all. Much as they might want us not to believe Meghan and Harry’s smears, all we can do is agitate for proper football matches to return so that we can show them that we bloody well don’t. Oh this summer our Elizabeth’s in for one hell of an overdue roar of ‘God Save the Queen’.