Is the opposition on furlough?

Labour is failing in the polls because it has no alternative to lockdown. 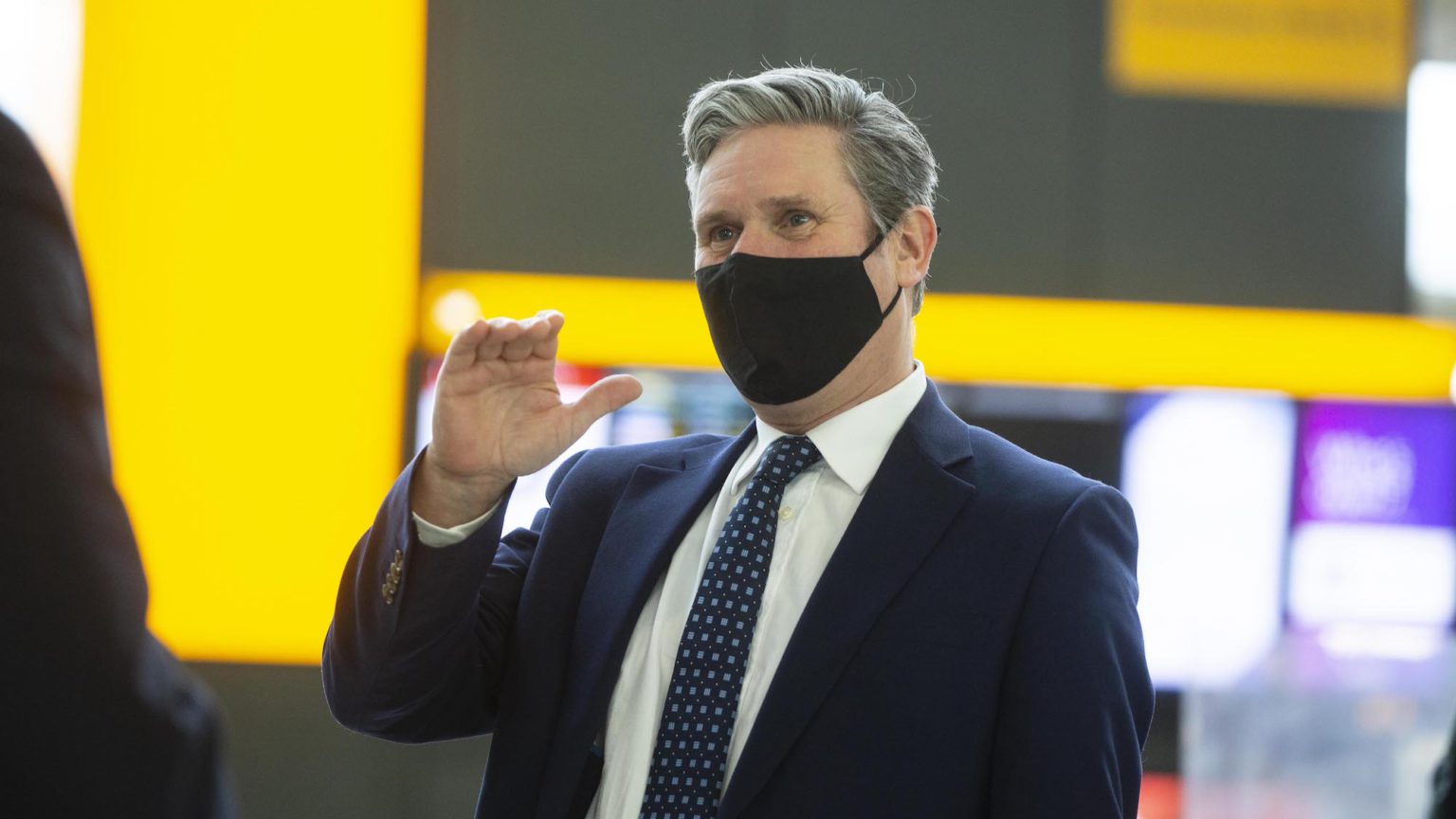 The bad news for Keir Starmer is that 11 months after he replaced Jeremy Corbyn as Labour leader, the party is still trailing in the polls. After chancellor Rishi Sunak’s budget, YouGov polling shows the Conservative Party a full 13 points ahead of Labour – a larger gap than at the last election.

The Labour leadership has been seriously wrong-footed by the government’s spending plans. At the last General Election, Labour painted the Conservatives as the party of austerity, even though by that time it was already clear that policy had been abandoned. Labour’s promises were costed at an additional £97 billion a year in day-to-day spending before the election. But the Conservative government’s additional spending on the coronavirus pandemic alone has been five times that, at £407 billion.

Faced with a high-spending government, the opposition has been unsure how to react. Shadow chancellor Anneliese Dodds tentatively attacked Rishi Sunak for his excessive spending in speeches earlier this year. But understandably, nobody was very excited by the prospect of Labour austerity. Jeremy Corbyn and John McDonnell had some fun accusing the government of stealing Labour’s clothes – particularly with its commitment to ‘green investment’. But while this criticism might make them feel better about losing in 2019, it won’t persuade the voters to support Labour.

Labour’s position in the opinion polls has understandably put Keir Starmer’s leadership under scrutiny. He had been put in place to reverse the losses Labour suffered in the ‘red wall’ constituencies in the Midlands and the north of England – traditionally Labour seats that fell to the Tories in 2019. Starmer’s pitch was that he would stop the nuttier left-wing stances that have cost Labour votes, especially from its more socially conservative supporters. But while stamping down on the left has won Starmer plenty of praise in the press, the party’s slide in the polls continues unabated.

Arguments about spending plans and whether to pitch to the centre or the left are mostly missing the point. The real reason for Labour’s paralysis has nothing to do with whether Jeremy Corbyn or Keir Starmer is leader, or who first made the case for ‘green investment’. The elephant in the room is the party’s response to the pandemic and the lockdown.

Throughout the pandemic, the Labour Party was determined to hold Boris Johnson’s government to account for what it claimed were failures that have cost lives. There are clearly many ways that the government did fail in its response to the coronavirus pandemic. It was a mistake, though, to think that the electorate as a whole would blame the government for the high number of coronavirus deaths. Most people think that the epidemic is not the fault of the Conservative Party, but more like an ‘act of God’ or an unforeseeable natural occurrence. While those who are already in the frame of mind to blame the government for everything that goes wrong will continue to do so, the broader electorate are hoping that the government will get it right, and are even sympathetic to the difficult position that Johnson and his ministers are in.

Labour overall, but especially its left wing, hoped to politicise the pandemic, and pin the blame for it on the Johnson administration. ‘A government that is able to get away with the avoidable deaths of tens of thousands of its own citizens can get away with anything’, Owen Jones splutters in the Guardian, claiming the ‘Conservative strategy was to prioritise economic interests over human life’. Those are harsh criticisms, but as the polling shows, they are not landing.

Just as it sought to blame the government for abandoning people to coronavirus, the Labour Party has made itself the champion of the lockdown. At every stage, the Labour Party, and its left in particular, has demanded a stricter lockdown. They have opposed the opening of schools and demanded a far more cautious approach overall. Many on the left believed that by making themselves champions of a stricter lockdown they could expose the government’s failures.

First, what they could not see was that the lockdown itself would reinforce the government’s position, and undermine their own. Past experience shows that curfews and police clampdowns on public gatherings have not exactly been a great boon to left-wing activism. And ‘social distancing’ – seeing other people as a danger to you – is not the best way to promote radical social change. On the contrary, the elevated sense of fear and the appeal to the authorities to suppress social interaction are conditions that might as well have been designed to promote a more conservative outlook. Left-wingers may think that these measures are necessary to protect health, but it is still a wonder that they ever thought that they would lead to any outcome other than an entrenched social conservatism.

Second, the government’s radical critics refused to see that the lockdown measures in Britain have been among the harshest and the longest in the world (as recorded by the Blavatnik School of Government’s Covid-19 Government Response Tracker). While the Labour left has tried to paint the government as lax on its coronavirus response, the truth is we have been locked down harder and longer than anyone else.

Worse still for Keir Starmer, after the misery of Britain’s coronavirus deaths, the success of the vaccination programme has raised hopes for a slow return to normality. If the epidemic is effectively curbed, Boris Johnson will get the credit for getting us out of the disaster. Labour’s response so far has been to argue for greater caution. The prospect that the left will be the last people arguing for a lockdown while the rest of the country enjoys opening up is all too real.

The real disaster for the country is that there has been no actual opposition to Boris Johnson’s government. Instead of putting forward an alternative, every wing of the Labour Party has only argued for more of what the government has been doing, which is locking down society. The opposition effectively locked itself down and put itself on furlough. When we needed people who were willing to stand up for our liberty in the face of an unprecedented turn towards authoritarianism, the official opposition was only criticising the government for not going further. If Boris Johnson is riding high in the polls today, that is principally because there is no opposition.