As he prepares his March Budget, Sunak needs to get real about our economic torpor. 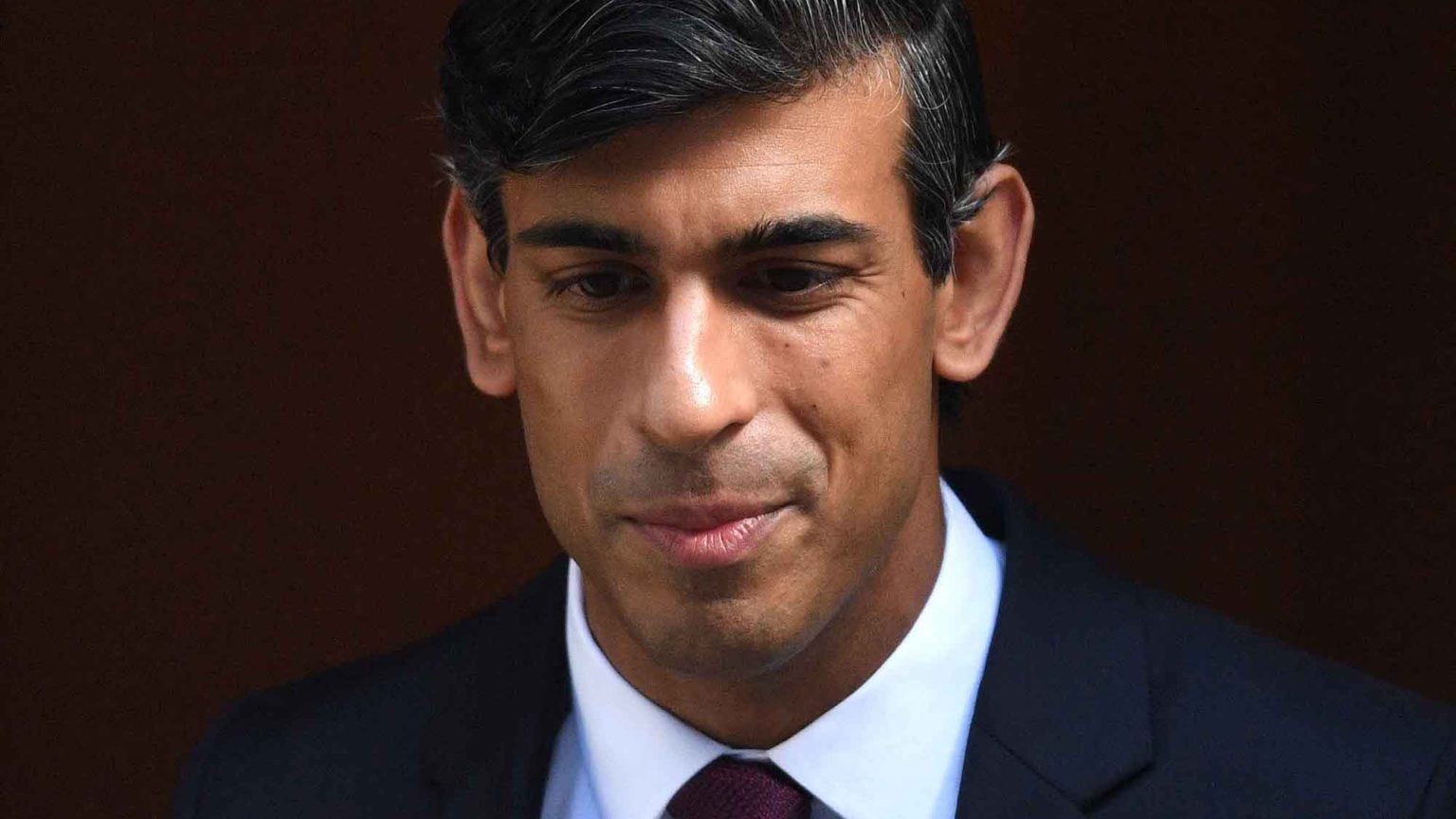 There is an animated debate going on about post-pandemic economic policies. Centred in the US, the discussion has implications for the forthcoming Budget in Britain and for decision-making across other advanced economies.

The subject matter is mostly about rebalancing state stimulus measures to give more emphasis to the fiscal, public-spending side and less to the continuation of expansionary monetary policies. Governments are being advised to worry less about their deficits and debt and instead to spend liberally even after the lockdowns are lifted. In response, some believe this shift needs to be accompanied by monetary tightening and that central banks should show more openness about taking this path, requiring higher interest rates, sooner rather than later.

Many economists, including those at international organisations like the IMF, the UN and the OECD, have been arguing for some time now, well before the pandemic arrived, that the easy monetary policies of super low interest rates and bouts of quantitative easing have had their day. As stimulus policies, these are seen to be pretty much exhausted. When liquidity is so freely available, and when official interest rates are already flatlining at about zero, they question what benefit could be expected from more easing, or even just its continuation at current levels.

Moreover, there is a lot more overt criticism directed at the downsides of the easy money that we have become so used to since the financial crash. Far from the hoped-for spur to business investment and productive activities, the biggest impacts of freely available money have been to facilitate debt expansion and to boost financial prices.

This is thought to be distorting markets by propping up over-indebted businesses and decoupling financial asset prices to far above economic realities. Bubbles have been identified in some shares, especially in the technology sector, in junk bonds, and in crypto-currency prices. That wild Reddit-GameStop boom-and-bust episode a couple of weeks ago is viewed as another symptom of financial excess. All these financial phenomena are being attributed to sustained central-bank easing, an unsettling thought for financial and economic authorities.

Something else that has caught their critical attention is the amplifying effect of these policies for wealth inequality. Capitalism generates enough income inequalities and social inequalities on a good day. But in recent years, central-bank actions have exacerbated these inequalities by self-evidently making the rich, who already own a lot of these financial assets, richer still. Now that the authorities have become a lot more anxious about ‘social unrest’ – a recurring theme in the main economic reports in the aftermath of the 2016 popular votes for Brexit and Trump – policies that magnify inequality, and otherwise seem to do little good, become far less appealing.

As a result, today’s consensus is that the post-coronavirus policy focus should switch from monetary to an expansionary fiscal policy, with greater government spending funded by public borrowing. In a reversal of the advice given after the financial crash a decade ago, many mainstream economists such as the OECD’s chief economist, Laurence Boone, have been warning against austerity policies. They emphasise the dangers of governments withdrawing their emergency pandemic support measures too soon. Janet Yellen, the former chair of the US Federal Reserve and now Joe Biden’s treasury secretary, has gone further. She’s been urging her equivalents in the Group of Seven nations that this is ‘the time to go big’ with fiscal stimulus.

However, this advocacy for fiscal activism has raised a new concern. Couldn’t this debt-based public expenditure, even though to some degree welcome, risk rekindling consumer price inflation? Some economic big guns, like former US Treasury secretary Larry Summers and former IMF chief economist Olivier Blanchard, have been warning that given today’s loose monetary policies, proposals for huge fiscal stimulus could lead to economic ‘overheating’.

As a result they advise that central banks should be ready to embark on monetary tightening in order to curb such inflationary possibilities. So far, at least, central banks have been cool on these suggestions. The current Federal Reserve chair, Jay Powell, has been openly resistant, expressing the ‘dovish’ view that policy should remain very loose for a long time and tolerate inflation rising above its two per cent target in order to offset being below that level for so long.

How relevant is this debate for our prosperity? What sort of economic policies could really help improve living standards? How should these discussions influence British chancellor Rishi Sunak as he prepares for his next Budget statement on 3 March? Here are three pointers for Sunak and his team.

First, the debate over interest rates is indicative of a real dilemma that decades of economic support policies have brought about. Ever since the 1980s, central banks, led by the US but followed by Japan, Britain and Europe, have been making it easier for everyone to borrow: businesses, governments and people. This has sustained the appearance of economic vitality but it has created the habit of living not from wealth produced today but from the hope that wealth is created in the future. And as this future always seems to slip further into the future, the total amount of debt has been steadily rising.

This has generated a debt trap, another of those phenomena that has been amplified during the pandemic closures due to the extraordinary amount of borrowing going on. Organisations, and individuals, have become so dependent on surviving off debt that central banks are stuck in this trap. Persevering with ultra-low interest rates enables high debt to continue, and to grow, and the day of reckoning to be postponed. As well as inviting further financial instability, this keeps less productive and commercially unviable zombie firms afloat, clogging up the economy for stronger businesses, too.

However, raising interest rates would increase the burden of servicing existing debts and start sending weaker businesses, households and even governments – initially, at least, in the less developed countries – into crisis and possible insolvency. This central-bank conundrum points to the no-win outcome from conventional policies when societies are floating on oceans of debt.

Second, the warnings about a return of inflation indicate more than a concern about rising prices per se. They more express the depth of anxieties about economic prospects. A few years ago, Summers was popularising the idea that the US was stuck in ‘secular stagnation’ – a term borrowed from the 1930s – and that it needed a resumption of Keynesian-style demand stimulus. Today he fears that too much of this stimulus could ‘set off inflationary pressures of a kind we have not seen in a generation’. Worries about a return to the stagflation of the 1970s point to the ambivalence among experienced policymakers about how to restore durable economic growth. They sense correctly that there is no easy way out of today’s slump.

These first two quandaries signal a third lesson that, hopefully, is preoccupying Sunak in his pre-Budget thinking. The shutdown responses to Covid-19 have spotlighted the relative fragility of the economic machines in advanced countries. Sunak and his colleagues in other Western finance ministries only need look to the better fortunes of China and other dynamic countries in Asia that have been less economically impacted by the same global pandemic. These economic policy debates, so far unsurprisingly inconclusive, should at least be a prod to governments that fresh and bold ideas are required. Policymakers can no longer evade that something disruptive needs to be pursued in order to get out of today’s malaise.

It would be another wasted opportunity, just like the post-financial crisis years were, if all governments come up with is a reheated version of some tweaked mix of monetary-fiscal stimuli. That’s been tried for decades and has ultimately made the economic fundamentals worse. Long before the pandemic struck, the West’s economies were broken with respect to business investment levels, innovation and productivity growth. Policy step one is to wind down and stop all the state support measures – fiscal, monetary and regulatory – that have been preserving this dysfunctional torpor.

After their lockdowns are lifted, the mature, atrophied economies don’t need kickstarting, like a motorbike on a cold morning – they need a new engine. Sunak should cut the complacent nonsense about the UK economy really doing okay. His Budget statement would be a good time to stop his evasions and begin the economic reconstruction work.