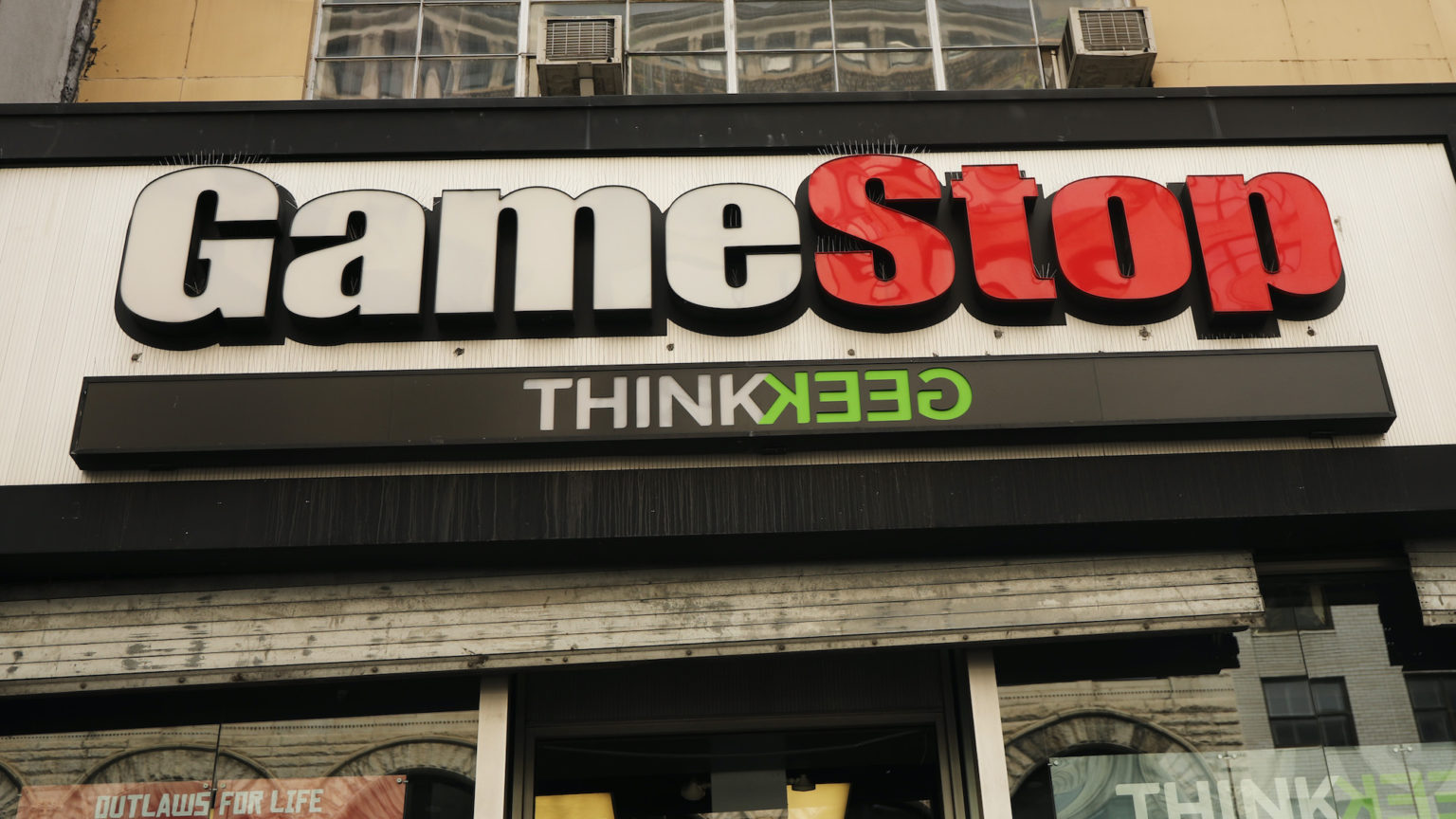 Companies that sell physical copies of computer games in shopping malls do not usually expect their share price to increase by several thousand per cent in the digital and e-commerce era. They are doubly not supposed to when a pandemic is either forcing shopping malls to close or is keeping fearful consumers at home.

But that’s exactly what has happened to US videogame retailer GameStop. Since the start of the year, the company’s shares have increased by above 700 per cent. Measured over a one-year period, the company’s stock is now up over 3,000 per cent. At least at the time of writing. Who knows where it will end up by the time you read this.

Now, it could be assumed that this is just the story of a company turnaround – albeit with an obscenely large stock-price rally. After all, while GameStop’s business model may currently look like a relic of the 2000s, it is in the process of ‘pivoting to digital’.

Easier said than done, of course. But to help achieve this, it has got Ryan Cohen on board, an activist investor and co-founder of the online pet-food company, Chewy. Cohen and two other executives from Chewy have joined GameStop’s board to help oversee its transformation. If Cohen succeeds in turning the bricks-and-mortar videogame store into a successful digital seller, the new stocks price might – might – be somewhat justified.

If that was all there was to the story, I wouldn’t be writing this for spiked. Instead, something much weirder has happened. Rather than GameStop’s stock price increasing because a bunch of equity analysts got optimistic about the stock and a bunch of fund managers went out and bought it, a large part, if not most, of the price movement has been driven by a Reddit subforum called WallStreetBets (WSB).

The forum was started by Jaime Rogozinski in 2012 as a place for people to share highly speculative and risky trading ideas. The forum self-consciously contrasted itself to other more conventional investing forums, which are dominated by more conservative topics like index funds and optimal asset allocation. WSB has been described as ‘4Chan with a Bloomberg terminal’.

The forum is a place not for those who want to work out how to steadily grow their money, but for those who want to make high-risk trades in the hope of striking it big. To maximise risk and potential gains, WSB users opt for call options. Call options give you the right to buy a certain amount of stocks at a certain price up until a specified date. There is no need to explain how all this works beyond this: buying call options on a stock allows you to see potentially greater gains than if you simply bought the stock outright (assuming the stock goes up in price). Using call options amplifies potential returns – but also potential losses.

Once the preserve of professional investors, call options (and other similar instruments) are now available for almost anyone to buy on investment platforms, most notably the app Robinhood. So naturally, they have become the favoured tool of the risk-hungry users of WSB.

According to WSB founder Rogozinski, the forum’s attitude towards risk is generational. In his book WallStreetBets: How Boomers Made the World’s Biggest Casino for Millennials, he argues that the 2008 crisis showed that Wall Street was a casino and professional investors a protected club which governments were more than happy to bail out.

He also argues that the fallout of the crisis has left millennials comparatively worse off, meaning more traditional approaches to building wealth appear hopeless. With asset ownership lower than that of recent previous generations, the forum’s millennial user base is attracted to striking it rich quick with a few well-timed, highly leveraged trades.

For some reason or other, GameStop came on the radar of WSB users as such a trade. Many were likely attracted by the turnaround story outlined above. Others likely saw their fellow users piling in and decided it was worth a shot, too. Whatever the reason, the collective effort of WSB users buying the stock sent its price skyrocketing.

That itself would be a pretty fun story. Some are calling GameStop a ‘meme stock’. But there’s another part of all this, which perfectly plays into the self-image of WSB as online Davids fighting against Wall Street goliaths: many professional hedge fund managers have been ‘short’ GameStop.

Being short is a way to profit when a stock’s price goes down. This is often done by borrowing some of the stock from someone else (usually a broker) and then selling it. Once the price falls, you buy back the same number of stocks at the lower price and return them to whoever you leant them from, pocketing the difference.

However, if thousands of forum users are clubbing together online to buy the stocks (or options), the price doesn’t go down, and you don’t pocket the difference. Instead, the price goes up, and you end up being ‘short squeezed’. That has, to put it mildly, caused some major issues for the professional money managers who were short GameStop.

When you borrow a stock, you have to post collateral and pay a fee to whoever you are borrowing from. But if the price of that stock goes up, you end up having to post more collateral and pay a higher fee. Some short sellers, seeing prices rise and having to pay higher fees or post more collateral, might just give up. But that means they have to buy the stock to give it back to whoever they lent it from – again pushing up prices further.

So, if you are a professional fund manager short GameStop, you are not having a fun time right now. And this all fits in perfectly with the anti-Wall Street philosophy of WSB users.

There are plenty of financial pundits talking about this as a revolt against Big Finance. Felix Salmon at Axios says this is ‘Wall Street’s own populist revolt’. John Authers from Bloomberg describes it as ‘Rage Against the Financial Machine’.

Authers makes the interesting point that whereas other famous bouts of financial speculation have been driven by greed, this one appears to be driven by a different emotion: anger. He says: ‘The people investing today are driven by righteous anger, about generational injustice, about what they see as the corruption and unfairness of the way banks were bailed out in 2008, without having to pay legal penalties later, and about lacerating poverty and inequality.’

There is definitely something to this interpretation. As Rogozinski’s book shows, it’s certainly the worldview of many prominent WSB users. But to many users it is also likely just a lot of fun. Of course, it can be both – messing with Wall Street bigwigs can be both fun and meaningful.

It is worth also remembering what Matt Levine has termed the Boredom Market Hypothesis. According to this theory: ‘stocks these days are driven not by rational calculations about their expected future cash flows, but by the fact that people are bored at home due to the pandemic and have nothing better to do but trade stocks with their buddies on Reddit.’

Either way, it’s hugely enjoyable to watch – although you’ll be more likely to find me on the more boring forums that discuss index funds and asset allocation.