The trouble with ‘woke’

Any attempt to define or criticise this movement is dismissed as a ‘right-wing slur’. 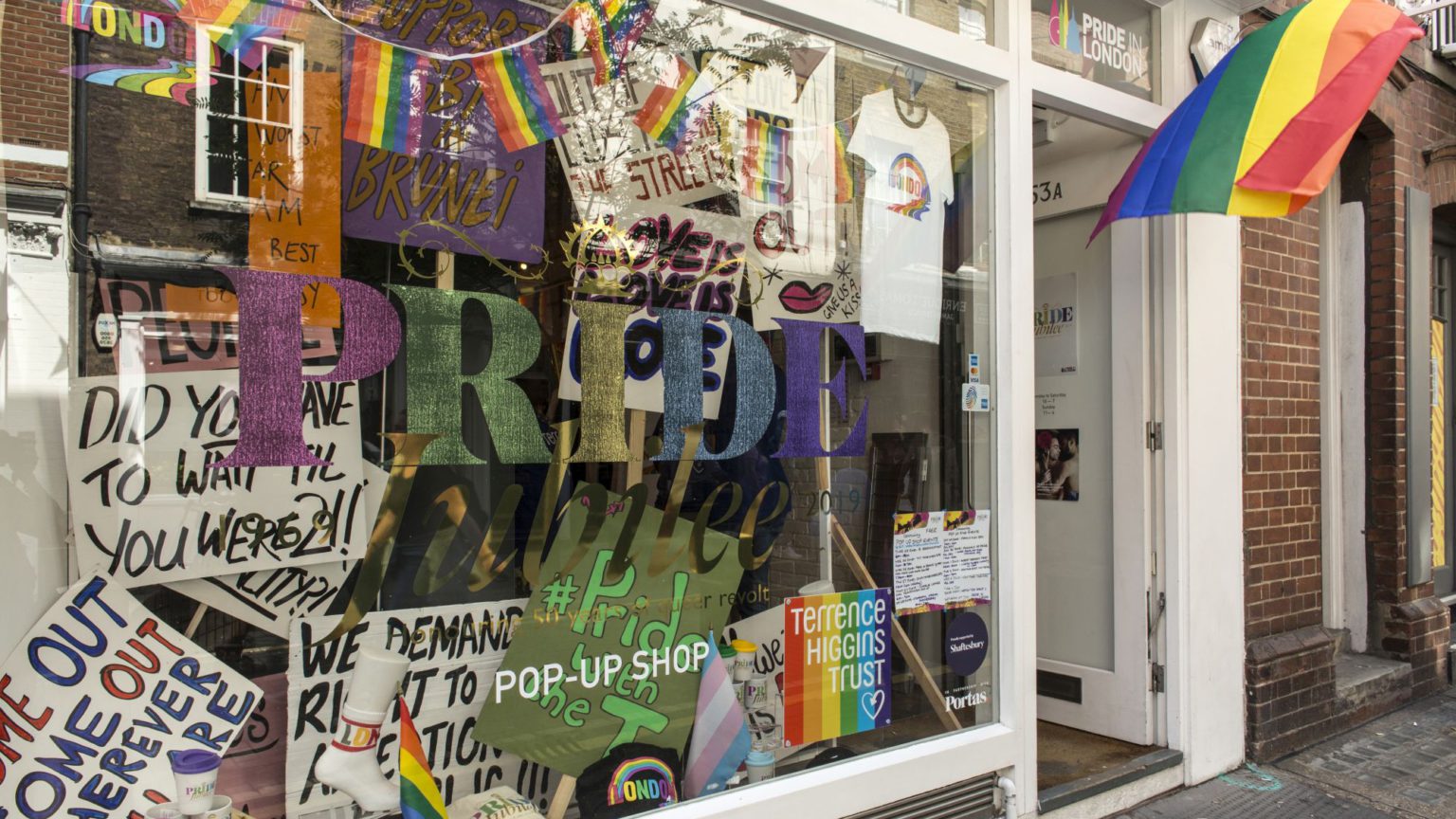 Where there are no shared definitions there can be no possibility of discussion. Such is the dilemma that liberal-minded people face when attempting to reason with those who insist on continually revising the meaning of words. When most of us say ‘social justice’, we mean the concept of equality under the law, opposition to prejudice and discrimination, and equal opportunities for all. When ‘social-justice activists’ say ‘social justice’, they mean an emphasis on group identity over the rights of the individual, a rejection of social liberalism, and the assumption that unequal outcomes are always evidence of structural inequalities. When most of us say that we are ‘anti-racist’, we mean that we are opposed to racism. When ‘anti-racists’ say they are ‘anti-racist’, they mean they are in favour of a rehabilitated form of racism that makes judgements about people first and foremost on the basis of skin colour and the unsubstantiated supposition that our entire society and all human interactions are undergirded by white supremacy. No wonder everyone is confused.

No word seems to generate more conversations at cross purposes than ‘woke’, whose definition varies depending on who is using it at any given time. For the various black civil-rights activists of the 20th century it signified an alertness to injustice, particularly racism. This usage became popularised by the singer Erykah Badu in her 2008 song ‘Master Teacher (Stay Woke)’, and was taken up by the Black Lives Matter movement in 2013. Soon after, the term was co-opted by practitioners of the new ‘social justice’ ideology, and for a few years was a popular form of self-identification. We became accustomed to headlines in the Guardian such as ‘Can a woke makeover win Barbie and Monopoly new fans?’ and ‘My search for Mr Woke: a dating diary’. In the US, articles such as ‘keeping your classroom woke’, ‘becoming woke in the wake of “Me Too”’ and ‘the woke black person’s guide to talking about oppression with family’ became commonplace.

Inevitably, those who took a critical stance on these identitarian perspectives would describe their proponents as ‘woke’. It made sense, given that this is how they were describing themselves. Before long, commentators who had once happily embraced the ‘woke’ label became dismayed at how their opponents were using it to criticise or mock them, and so they pretended that the word had been concocted by the right as a slur. Afua Hirsch exemplified this kind of gaslighting in the Guardian when she claimed that anyone using the word was ‘likely to be a right-wing culture warrior angry at a phenomenon that lives mainly in their imagination’. Not all of her colleagues received the memo, which is why a Guardian writer recently described the Saved by the Bell reboot as ‘a woke reimagining’ and another asked ‘why are some Americans woke online but not in real life?’.

This revisionist strategy is unlikely to succeed, given that the proposition that identitarian writers did not commonly self-define as ‘woke’ can be easily disproved with the most cursory of internet searches. When Comedy Awards director Nica Burns launched the 2018 Edinburgh Festival Fringe by declaring that she was ‘looking forward to comedy’s future in the woke world’, she was not roundly lambasted for using a term that was merely ‘a right-wing slur’. When Twitter CEO Jack Dorsey wore a ‘#StayWoke’ t-shirt on stage at the 2016 ReCode conference, nobody suggested that he was guilty of disseminating right-wing propaganda. These people were woke, and proud of it.

In order for any constructive dialogue to take place, therefore, we must recognise that the word ‘woke’ has come to mean entirely different things to different people. There is no point in haggling over the price of a sofa if the customer thinks he is buying a goat. The most common misconception about those who are critical of woke culture is that they are merely a reincarnation of the ‘PC gone mad brigade’. As I have argued previously on spiked, the distinction between the political-correctness movement of the 1980s, one which (however clumsily) sought a refinement in the social contract through consensus, is markedly distinct from the current identity-obsessed authoritarianism that has secured so much power in our major cultural and educational institutions. It is in the interests of identitarian culture warriors to dismiss legitimate criticisms of woke hegemony by artificially conflating them with the kind of anti-PC boilerplate of bygone decades, but those who do so are either being disingenuous or simply do not understand the nature of our current situation.

If all that ‘woke’ signified was ‘to be alert to social justice, especially racism’, then the overwhelming majority, myself included, would be ‘woke’. Yet this is simply another example of how the intersectional movement couches its regressive ideas in progressive terminology. For those who have imbibed the postmodern hallucinogen, and have become convinced that our understanding of reality is wholly constructed through language, there is no harm in casually redefining terms – or outright lying about how such terms are generally used – if the ends justify the means. It’s the same reason why governments refer to swingeing cuts to the welfare state as ‘efficiency savings’. It’s why the CIA has referred to torture as ‘enhanced interrogation’. In his book Imaginary Homelands, Salman Rushdie recalls hearing a US military spokesman during the Vietnam War describe a deadly bombing raid as having ‘obtained a 100 per cent mortality response’. This is the kind of rhetorical prestidigitation that Orwell warned us about.

Most people who are concerned about ‘woke’ culture, and describe it as such, are referring to a very specific mindset. For those who are in any doubt, to take an ‘anti-woke’ stance is not to endorse racism, sexism, homophobia or any other form of discrimination; it is the precise opposite. It is to be concerned about an inherently divisive ideology whose logical endpoint is segregation according to race, gender and sexuality (a striking example of which occurred recently with Brentwood School in California arranging racially segregated ‘dialogue sessions’ with parents and teachers). It is to be concerned about a worldview based on the faith of intersectionality, which pits minority groups against each other in ever-more elaborate hierarchies of ‘privilege’. It is to be concerned about how many of those who believe themselves to be ‘on the right side of history’ are increasingly intolerant of viewpoints that do not precisely match their own, and have no compunction about bullying, demonising and threatening those who step out of line. It is to be concerned about those who claim the power to intuit the secret motives of others, who interpret their detractors’ words in the most uncharitable possible way, and who consider all forms of dissent as an expression of evil. It is to be concerned about the way in which terms such as ‘racist’, ‘white supremacist’, ‘homophobe’, ‘transphobe’, ‘fascist’ and ‘Nazi’ have been rendered virtually meaningless through continual misapplication, and how even liberals and left-wingers are now routinely mischaracterised as ‘far right’ for the slightest point of disagreement. In other words, critics of ‘wokeness’ are trying to resist bigotry rather than uphold it.

Whether it is sensible or not to refer to this phenomenon as ‘woke’ is something of a distraction from the point. In any case, does a more appropriate term actually exist? Even ‘identitarian left’ is fraught with problems given that most of its adherents have no interest in class or economic inequality and are therefore not ‘left-wing’ in any serious sense of the term. It is extraordinarily difficult to rectify a problem if there is no name for it. The truth is that any phrase used to describe this ideology, particularly when coming from a critical perspective, will eventually be dismissed as ‘a right-wing insult’. With that in mind, for now, ‘woke’ will have to suffice.

Andrew Doyle is a comedian and spiked columnist. His new book, Free Speech and Why It Matters, will be published in February. Pre-order it on Amazon.