The cynical abuse of Scottish independence

The SNP has weaponised the national question to evade criticism and accountability. 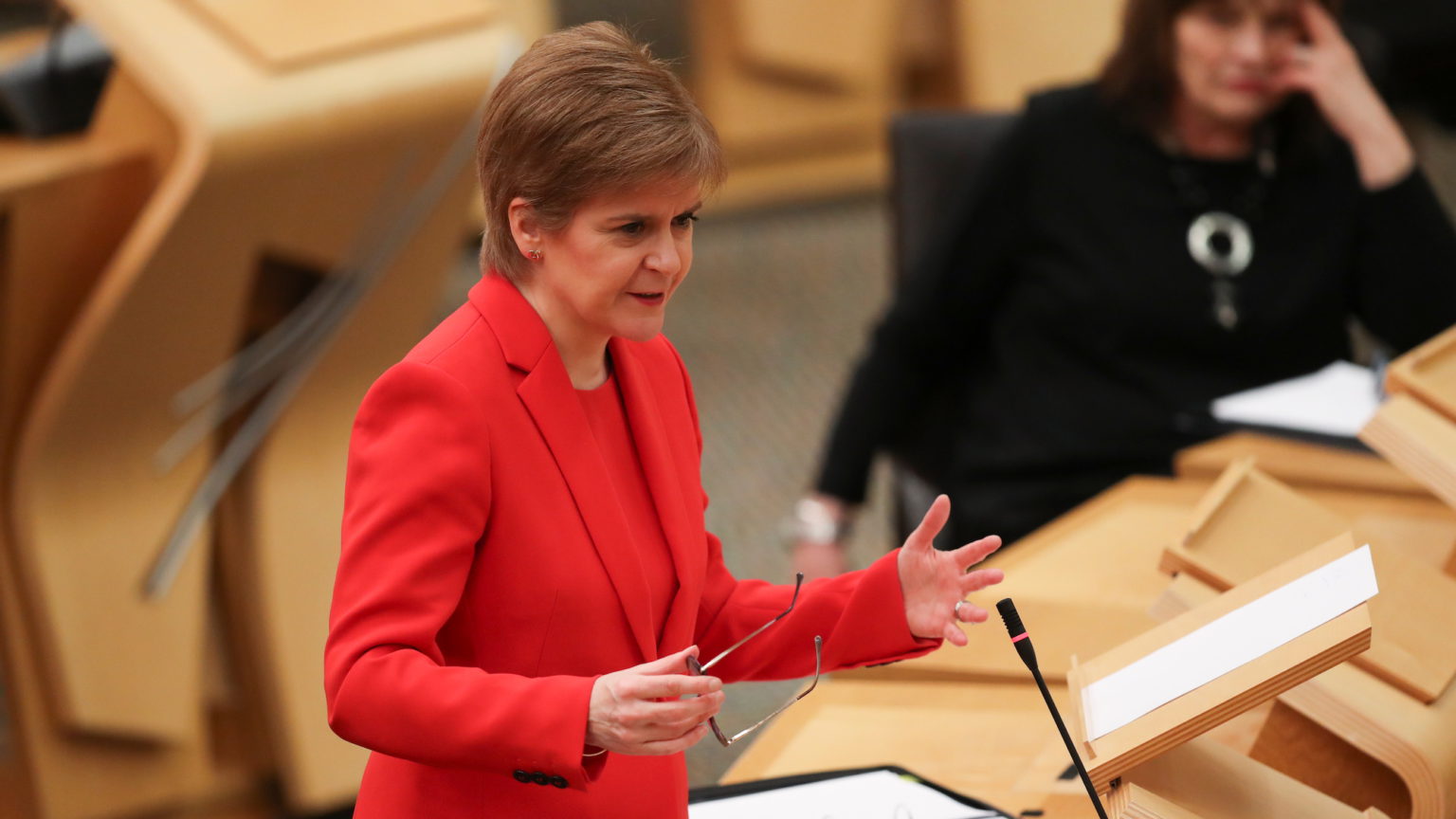 And as if by magic, yet again the independence rabbit gets pulled out of the SNP top hat. There must be an election coming up…

Say what you like about her, but Nicola Sturgeon knows the value of timing. The announcement at the weekend of the SNP’s 11-point ‘roadmap’ towards independence couldn’t have been timed better. There are Scottish parliamentary elections planned for May and an SNP majority will be interpreted as a popular mandate for a second indyref.

Of course, ‘unionist’ parties – north and south of the border – have cried foul. Some critics have rightly drawn attention to the fact that if it’s so easy to come up with a ‘roadmap’ for independence, why not a ‘roadmap’ to get Scotland out of lockdown? Or even a roadmap to get kids back into school, or the hospitality and entertainment sector up and running again?

These criticisms would be justified if one thought that Sturgeon’s ‘roadmap’ actually represented a principled commitment to Scottish self-determination. But it doesn’t. All it actually commits the SNP to is the likelihood of a long protracted legal fight with Westminster, over who has the right or otherwise to grant the right of the Scottish government – not the Scottish parliament, note, or, god forbid, the Scottish people – to organise an ‘advisory referendum’ on the question of Scottish independence. Talk about kicking the can down the road.

It is no wonder that the recent opinion polls in The Sunday Times should suggest that a majority of voters think Scotland would likely become independent in the next 10 years. For most ordinary Scots, Scottish independence has become something of a forlorn fatalistic hope rather than a defined political goal shaped by popular aspiration.

But popular aspiration is not something the SNP has ever had much time for. As leading Scottish academic and historian Professor Tom Devine has noted, the SNP version of independence has never been one that has demanded ‘absolute sovereignty’ in any meaningful sense of the term. Indeed, many in the nationalist movement have begun to question Sturgeon’s commitment to actual independence. With good reason.

Sturgeon has all but emptied the issue of Scottish independence of any real aspirational content. Her version of Scottish independence is underpinned by the anti-politics of cynicism, which manipulates and treats the Scottish electorate like a stage army – or worse, a zombie horde – who she can evoke when the need arises. The threat of independence is pulled out of the hat whenever Sturgeon feels she’s not getting the attention she deserves or when Scotland’s economy requires yet another furlough handout.

Far from expressing any real democratic intent, Sturgeon’s new ‘roadmap’ embodies the exhaustion of contemporary British politics and exemplifies her party’s fundamentally anti-democratic character. Far from placing Scotland’s future firmly in the hands of its people, it effectively reduces national sovereignty to a legalistic argument, the preserve of lawyers, civil servants, unelected bureaucrats and paper shufflers. That SNP MP Joanna Cherry could suggest, without apology, that neither a referendum nor any kind of popular mandate is necessary for Scottish independence, clearly illustrates the Scottish political class’s contempt for the consent of those they govern.

In fact, this contempt pervades everything the SNP does. It has consistently foregone any real attempt to formulate a political project around which to unite a collective sense of Scottish nationhood. Throughout its tenure in government, the SNP’s first instinct has been to launch a sustained attack on the freedoms of the Scottish people. The anti-smacking legislation, the (failed) Named Person scheme and the proposed Hate Crime Bill are but the latest in a long line of increasingly intrusive and punitive legislative attacks on the lives and liberties of ordinary Scottish people.

The SNP is in fact a threat to Scottish self-determination. Its cynicism towards the question of independence is underpinned by a corrosive distrust of the capacity of ordinary Scots to exercise autonomy over their lives, and to make collective choices about the type of society they want to live in.

This is why Sturgeon’s SNP must be held to account on its commitment to an independence referendum. It must not be allowed to kick the constitutional question further down the road. The national question suffocates Scottish public life, so much so that it prevents any real, meaningful attempt to hold the government to account on anything. So-called opposition parties baulk at criticising the SNP too much for fear of the indy-rabbit sticking its head out of the hat yet again. And it seems that Scottish voters are more than willing to suffer all kinds of social indignities and attacks on their freedoms, on the fragile promise that independence will happen, some time, eventually.

The failure to hold the SNP to account on seeing through its commitment to an independence referendum will only deepen the already prevailing cynicism that shapes Scottish political life. It will only serve to provide the smokescreen through which Scotland’s political and cultural elites wage their increasingly divisive culture war on Scottish society. The failure to contest the national question in Scotland via a democratic, popular referendum will have far more damaging consequences for the quality of public life in Scotland and the ability of ordinary Scottish people to hold its political clerisy to account than any actual result. This is why indyref2 needs to happen – not in some imaginary future, 10 years hence, but in the very real present of the now.

Speaking on The Andrew Marr Show at the weekend, Sturgeon accused Boris Johnson of being ‘frightened of democracy’. She is probably right, but he is not as half as frightened of it as she is.